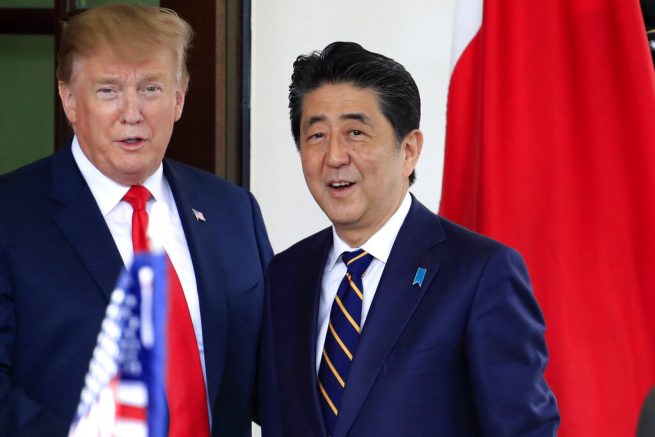 While taking to Twitter Sunday, the president hailed Abe as “the greatest prime minister in the history of Japan.” He went on to tout the prime minister for his strong relationship with the U.S. and called it “the best it has ever been.”

Our partnership has made the Japan-U.S. relations more robust than ever before. My friendship and trust with you, Donald, means so much. I appreciate your friendship from the bottom of my heart.

During their phone call, Abe reaffirmed a strengthening alliance between the two nations will continue after his departure.

“The prime minister explained his intention to resign and expressed his appreciation that under the deep trusting relationship with President Trump and the many exchanges they had has deepened bilateral cooperation,” stated Yoshihide Suga, Japan’s chief cabinet secretary. “And the Japan-U.S. relationship has now become the strongest it has ever been.”

Last week, Abe announced he would be stepping down after citing health concerns.

In this photo provided by the Turkish Defense Ministry, Turkish soldiers load a military cargo plane with Personal Protection Equipment donated by Turkey to help United States combat the new coronavirus outbreak, at the Etimesgut […]

WASHINGTON, D.C. – SEPTEMBER 28: Sen. Rick Scott (R-Fla.) listens during a Senate Armed Services Committee hearing on the conclusion of military operations in Afghanistan and plans for future counterterrorism operations at the Dirksen Senate […]