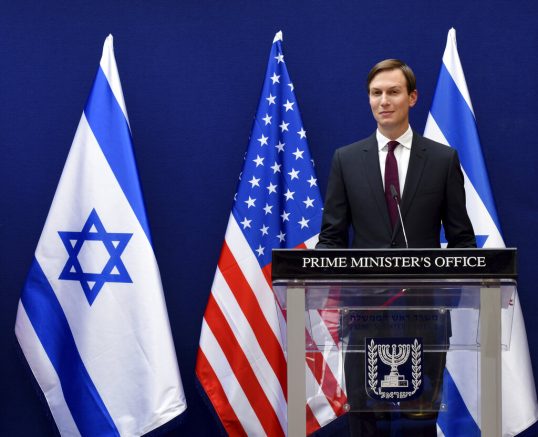 White House Senior Adviser Jared Kushner is set to tour the Middle East to help broker peace deals between multiple countries in the region. On Sunday, he met with Israel Prime Minister Benjamin Netenyahu for peace discussions, leaving the door open for the Palestinian people to possibly join.

Kushner touted the recent Israel-UAE peace deal, which he claimed “set the stage” for countries in the area to follow suit.

Israel, the United Arab Emirates and the United States all voiced optimism about the deal and are hoping to establish peace.

“There is still much work left to accomplish, but the Abraham Accord is a giant step forward. We will continue to pursue peace between Israel, the biblical homeland of the Jewish people, and its Arab and Muslim neighbors. I have never been more hopeful about peace.” – Jared Kushner, White House Senior Adviser

The adviser will soon begin traveling to other territories and countries in the Middle East to convince them to join the deal.

Cuban Immigrants Warn Americans of ‘Misery for Everybody’ If They Choose Socialism: ‘Learn the Truth’

The Meaningless Resolve to Achieve Equality of Results

Commentary Recently, the Australian federal government has been plagued with revelations of inappropriate sexual conduct by politicians and staffers in Parliament House. The uproar started with explosive allegations that a former Liberal staffer Brittany Higgins, […]

Song Xue, a rear admiral and deputy chief of staff of the People’s Liberation Army (PLA) Navy was removed from his post as a delegate to the regime’s rubber-stamp legislature and suspected of “serious violation […]