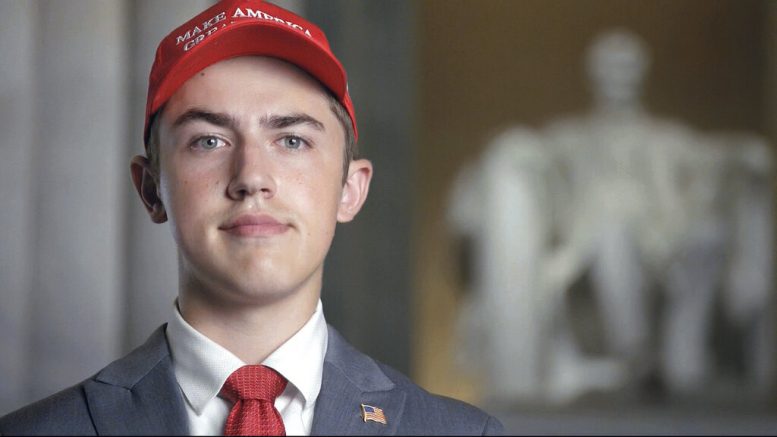 Kentucky teenager Nicholas Sandmann got a taste of the political scene after speaking at this year’s Republican National Convention. That was just the beginning of a journey for the 18-year-old.

On Friday, Sen. Mitch McConnell’s (R-Ky.) reelection team confirmed Sandmann will be a grassroots director for the campaign. He will help build coalitions with the McConnell campaign and assist in organizing field operations.

“My life changed forever in that one moment the full war machine of the mainstream media revved up into attack mode,” stated Sandmann. “They did so without researching the full video of the incident, without ever investigating Mr. Phillips motives, or without ever asking me for my side of the story.”

The teen received negative media attention early last year after a viral video showed him face-to-face with a Native American man at an anti-abortion rally.

Several news outlets took aim at Sandmann, who was wearing a “Make America Great Again” hat and smiling during the encounter. They alleged he was mocking the man.

The two set the record straight by saying they were trying to simmer tensions between their groups, who had been engaged in competing protests.

“In November, I believe this country must unite around a president who calls the media out and refuses to allow them to create a narrative instead of reporting the facts,” he added.

Sandmann has said he is planning to balance his efforts for the McConnell campaign with his work at Transylvania University.

WASHINGTON—As President Joe Biden’s first 100 days come to a close this week, a number of key policy positions and contentious issues remain “under review,” to use the White House’s terminology. Many relate to China, […]