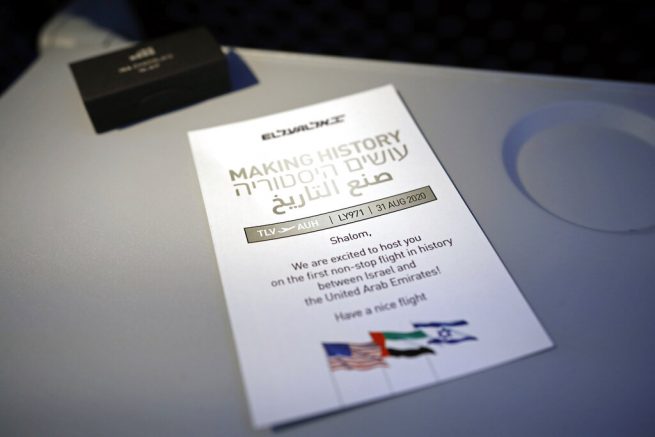 Trump administration and Israeli officials landed in the first ever direct commercial passenger flight to the United Arab Emirates from Israel. The two delegations took off from Israel’s Ben Gurion Airport early Monday in an Israeli commercial plane landing in Abu Dhabi.

This came just a couple weeks after the Trump administration’s historic UAE peace deal, which established open relations between Israel and the UAE.

“We hope that that this will start an even more historic journey for the Middle East and beyond,” stated White House senior advisor Jared Kushner. “I prayed yesterday at the (Western) Wall that Muslims and Arabs from throughout the world will be watching this flight, recognizing that we are all children of God, and that the future does not have to be pre-determined by the past.”

Kushner and security advisor Robert O’Brien made remarks upon landing in which they noted that they aim to lay the groundwork for the peace deal on this trip. This is part of Kushner’s greater tour of the Middle East with hopes to tie more countries into the peace deal.

Senior Advisor @JaredKushner: When President @realDonaldTrump took office the Middle East was in turmoil, but has since become a more secure and peaceful place pic.twitter.com/LMmlwczLOD

Sen. Kelly Loeffler (R-GA) reacts to her supporters during an Election Night party at the Grand Hyatt Atlanta In Buckhead on November 03, 2020 in Atlanta, Georgia. (Photo by Kevin C. Cox/Getty Images) OAN Newsroom […]

OAN NewsroomUPDATED 8:06 AM PT – Tuesday, November 16, 2021 Joe Biden signed the bipartisan infrastructure bill into law, while asserting it will rebuild the economy from the bottom up to the middle out. One […]

FILE – In this Jan. 26, 2021, file photo, a woman is vaccinated inside her vehicle at a mass COVID-19 vaccination site outside The Forum in Inglewood, Calif. (AP Photo/Damian Dovarganes, File) OAN NewsroomUPDATED 7:37 […]