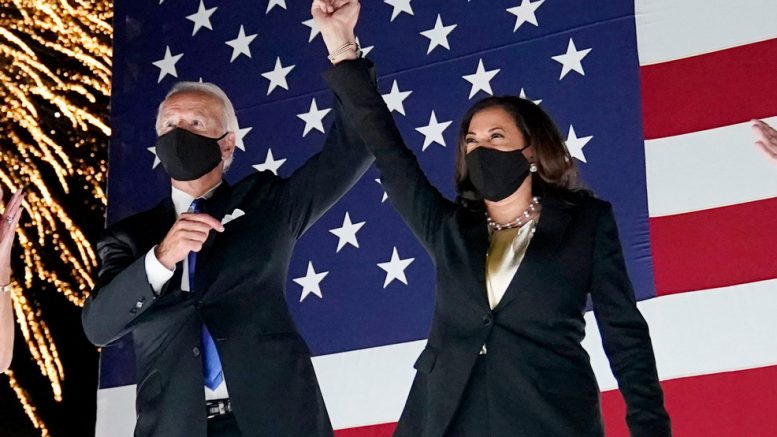 As American voters worry about Joe Biden’s mental fitness to serve as the leader of the Free World, recent slip-ups from both the gaffe king himself and his running mate Kamala Harris are sparking widespread confusion.

While speaking to military families during a campaign event in Florida Tuesday, Biden appeared to suggest his vice presidential pick is the one at the top of the ticket for the Democrats’ bid for the White House.

He knows he’s just an empty vessel for the radical left! pic.twitter.com/z6kv22VXat

Many on social media suggested it may have been a “Freudian slip.” The clip was trending on Twitter throughout the day.

Furthermore, Harris appeared to make the same mistake during a virtual roundtable with small business owners in Arizona just one day prior. She quickly corrected herself before going on to speak about the campaign’s plan for business loans.

Meanwhle, the Trump administration has called Democrat presidential hopeful Joe Biden a “Trojan horse” for the far-left. According to watchdog group Govtrack, Harris is ranked dead last as the most liberal senator currently in office. This places her further left than self-proclaimed democratic socialist Bernie Sanders (D-Vt.).

Critics of Biden’s nomination and his selection for vice president worry he’s simply a “placeholder” to pave the way for Harris to become the first woman president as many believe, if elected, Biden’s’ mental health will not be up to the challenge of serving a full first term in the white House.

Retiring Democrats could lead to a power shift in Washington

MINNEAPOLIS—Attorneys in the trial of a former Minneapolis police officer charged with killing George Floyd are set to make their closing arguments Monday, each side seeking to distill three weeks of testimony to persuade jurors […]

A number of ballots would not scan during an election this week in a southwestern Pennsylvania county, triggering fresh concerns about election integrity. The ballots, mostly from Republican voters, were missing bar codes that typically […]