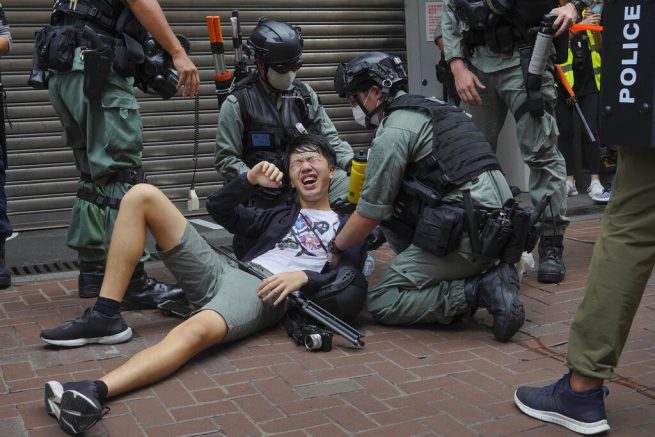 A reporter falls after being sprayed with pepper spray by police during a protest in Causeway Bay during the annual handover march in Hong Kong, Wednesday, July. 1, 2020. (AP Photo/Vincent Yu)

Hong Kong’s secretary for security recently announced the first arrest made under the city’s new national security law, which was imposed by China. On Friday, John Lee Ka-chiu explained the protester, who was arrested Wednesday, was in violation of the new law.

The man arrested was holding a sign that read “liberate Hong Kong” when he drove a motorcycle into police. He was charged with separatism and terrorism. 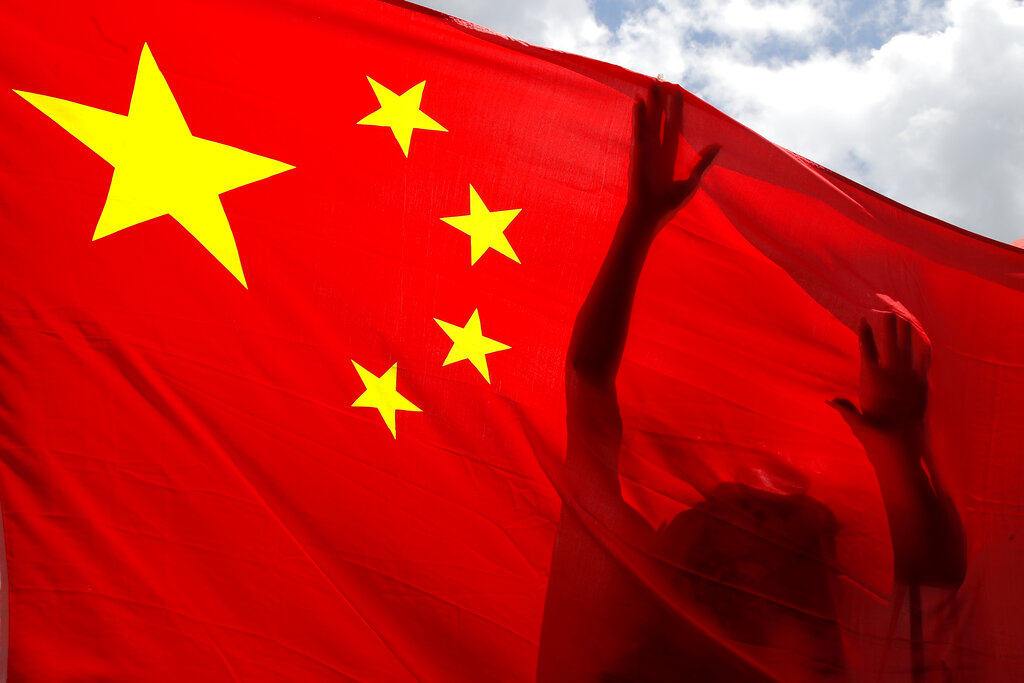 A pro-China supporter holds a Chinese national flag during a rally to celebrate the approval of a national security law for Hong Kong, in Hong Kong, Tuesday, June 30, 2020. (AP Photo/Kin Cheung)

According to the secretary, those who violate the law will be met by law enforcement.

“There were some people arrested for possession or for displaying different signs that advocate independence of Hong Kong,” stated Ka-chiu. “Such acts was in contravention of the law, so the police must act.”

Vice President Mike Pence has said the new national security law is a betrayal of the Sino-British agreement, which protected Hong Kong’s autonomy.

Dale Ho, an attorney for the American Civil Liberties Union, speaks to reporters after he argued before the Supreme Court against the Trump administration’s plan to ask about citizenship on the 2020 census, in Washington, […]

Screengrab via CNN official report. OAN NewsroomUPDATED 5:30 PM PT — Wednesday, May 13, 2020 The owner of a Georgia home, which was under construction in the neighborhood where Ahmaud Arbery was shot and killed, […]

Athletes who try protesting by kneeling or raising a fist at official Olympic sites will face punitive measures, the International Olympic Committee (IOC) announced this week. The Olympic Charter already says that any kind of demonstration […]