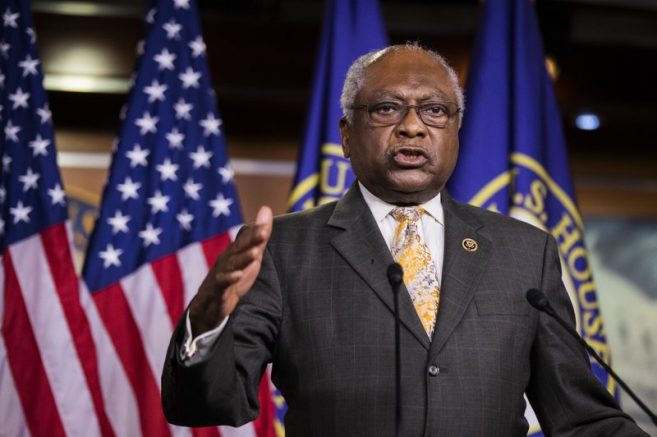 A top House Democrat has voiced his opposition to the idea of “defunding the police” amid calls from some members of his caucus to do so. During a recent interview, Majority Whip James Clyburn (D-S.C.) said “nobody is going to defund the police” and explained lawmakers are seeking to “restructure” law enforcement instead.

Congressional Democrats introduced police reform legislation last week, which notably did not include a reduction of law enforcement funding.

Rep. Clyburn believes police have a role to play in reform efforts.

“The fact of the matter is that police have a role to play,” he said. “What we’ve got to do is make sure that their role is one that meets the times, one that responds to these communities that they operate in.”

The lawmaker expressed he was “incensed” by the death of Rayshard Brooks in Atlanta and has claimed the incident did not call for lethal force.

A health official receives a dose of AstraZeneca’s COVID-19 vaccine manufactured by the Serum Institute of India, at Infectious Diseases Hospital in Colombo, Sri Lanka, on Jan. 29, 2021. (Dinuka Liyanawatte/Reuters) NEW DELHI—Sri Lanka has […]