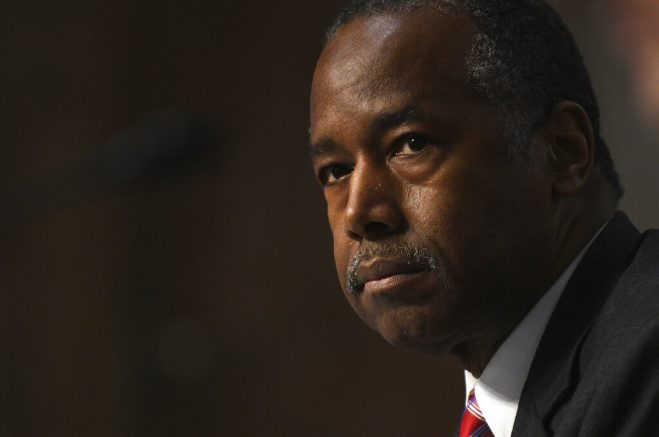 Housing and Urban Development Secretary Ben Carson has spoken out on the president’s decision not to rename Army bases named after Confederate figures. On Sunday, Carson said the president has every right to express his opinion, as long as he is listening to the opinions of others.

Last week, President Trump warned against renaming the bases and emphasized that those who deny their history are doomed to repeat it.

This came after Black Lives Matter protesters set out on a mission to remove and deface monuments of historical figures with any ties to slavery or segregation. 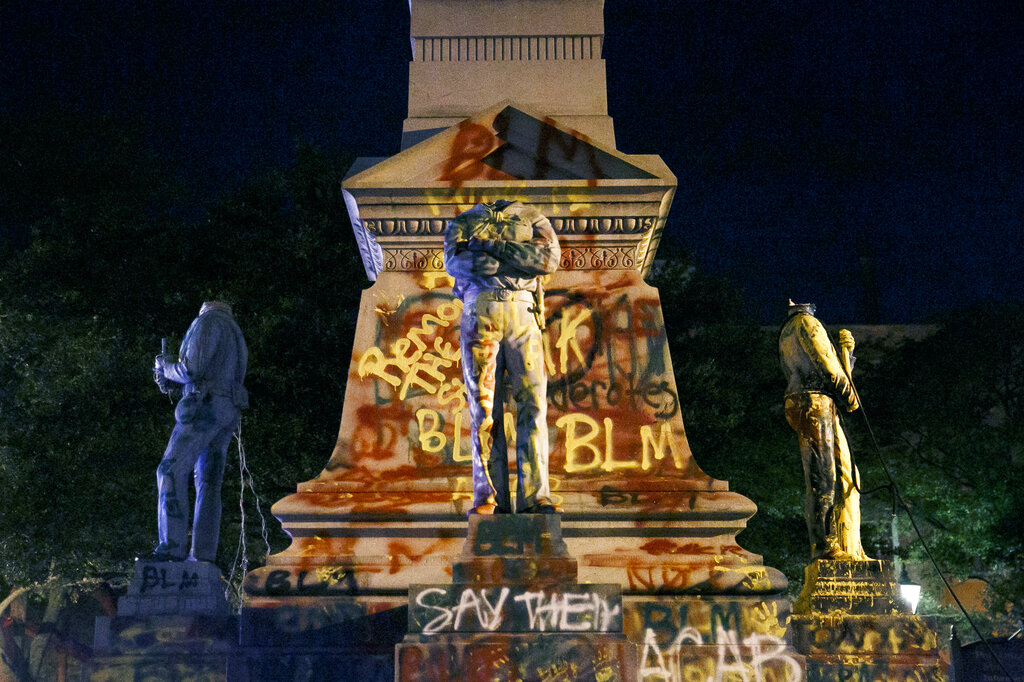 The statues on the Confederate monument are covered in graffiti and beheaded after a protest in Portsmouth, Va., Wednesday, June 10, 2020. (Kristen Zeis/The Virginian-Pilot via AP)

Meanwhile, Carson has called for unity among Americans.

“The United States of America is a destination, a place where other people want to come to, not a place where they want to leave. There’s a reason for that. We’re the only ones who can destroy ourselves and we have to stop putting everything in the arena of combat. Let’s see if we can find a way to work together, because if we don’t, we’re doomed.” – Ben Carson, U.S. Housing and Urban Development Secretary

He also spoke on the president’s decision to move the original date for his upcoming rally. He said he was impressed by President Trump’s understanding and knowledge of the Juneteenth holiday’s significance.

RELATED: Confederate Statues Taken Down Across The Nation

WH: WHO announcement a ‘call to action’ for global community

A large group of Antifa and Black Lives Matter protesters clashed with people this week during a march in Portland and at least one person was hospitalized for reasons that were not specified, police said. The […]

National Guard are brought in to the East Plaza of the U.S. Capitol during a rehearsal for President-elect Joe Biden’s inauguration ceremony, at the Capitol in Washington, Monday, Jan. 18, 2021. (AP Photo/J. Scott Applewhite) […]