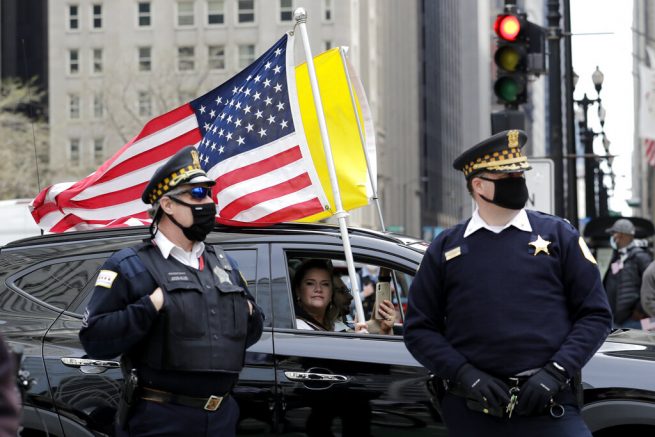 Chicago Police officers watch protesters during a rally calling for the state to reopen the economy, Saturday, May 16, 2020, outside the Thompson Center in downtown Chicago. (AP Photo/Nam Y. Huh)

The Illinois Sheriffs’ Association has issued a statement against Governor J. B. Pritzker. On Friday, the association clapped back at the governor’s threats to withhold federal funding from local businesses that refuse to follow to his stay-at-home orders.

“We’re not going to be threatened,” said association director Jim Kaitschuk. “We have never had a dialogue with the governor’s office about the development and implementation of these executive orders.”

They have called it outrageous that the governor would threaten retaliation. They further claimed it is insulting to heroic police officers, corrections officers and local voters. 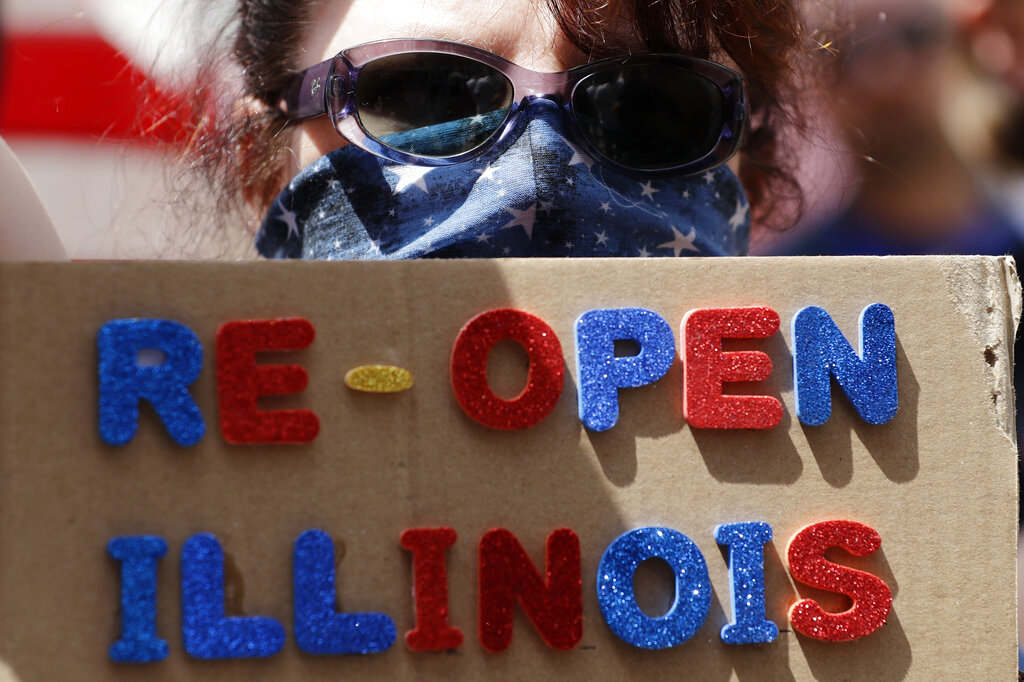 A protester holds a sign during a rally calling for the state to reopen the economy, Saturday, May 16, 2020, outside the Thompson Center in downtown Chicago. (AP Photo/Nam Y. Huh)

The association also criticized Pritzker for threatening to use local law enforcement and state police against businesses who defy his stay-at-home orders. This came after some Illinois counties attempted to reopen last week, prompting the governor’s threats.

“Businesses and individual professionals that are licensed by state agencies will be held accountable for breaching public health orders,” stated Pritzker. “Counties that try to reopen in defiance may not be reimbursed by FEMA for damages they cause because they ignored the law.”

He has extended the state’s orders until May 29th. In the meantime, the sheriff’s department said “they’ll continue to keep their counties safe.”

Calif. extends state-funded Medicare to residents over age 50 regardless of immigration status

How to Watch the Upcoming ‘Super Flower Blood Moon’ Eclipse

The full moon on Wednesday will be the year’s biggest “supermoon” and feature the first total lunar eclipse in more than two years. During the eclipse, the full moon will pass through the Earth’s shadow. […]