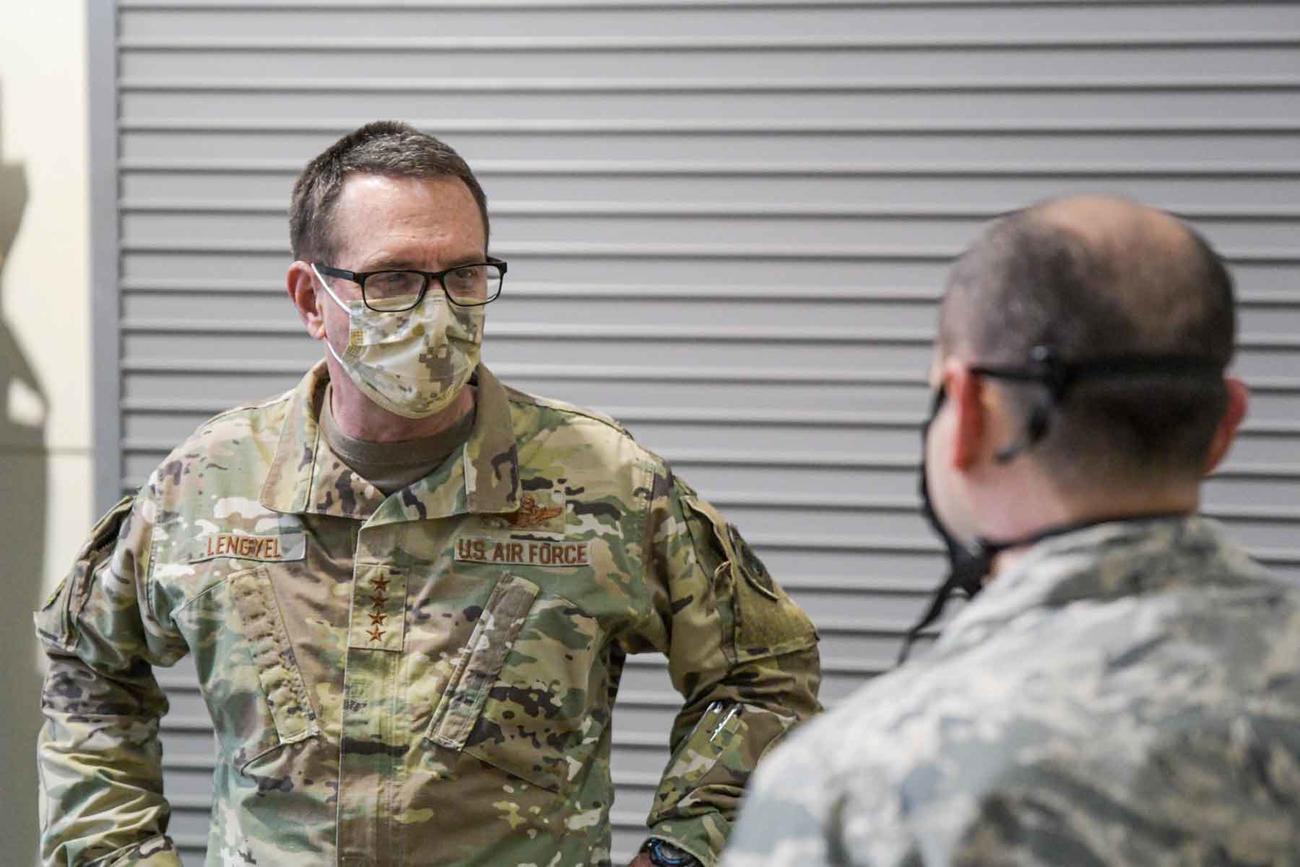 The head of the National Guard has tested negative for the novel coronavirus for the second time since learning he had previously tested positive.

Gen. Joseph Lengyel, chief of the National Guard Bureau, received a negative result for COVID-19 at Walter Reed Military Medical Center on Monday, the Guard said in a statement.

Lengyel first tested positive just ahead of Saturday’s Joint Chiefs meeting with President Donald Trump. A second test Lengyel took the same day came back negative; officials said he would self-isolate and be screened again “to confirm his negative status.”

The Centers for Disease Control and Prevention has warned that some tests are known to produce false negatives. A patient undergoing a real-time diagnostic panel for COVID-19 and subsequently testing negative could still have the virus, the health agency said in March.

“Thank you to all who have expressed concern for my health and safety,” Lengyel said in the statement. “I am happy to continue to focus on the efforts of the 46,000 Guardsmen and women who are battling this pandemic in the 50 states, three territories and District of Columbia.”

He did not say whether Lengyel will continue to self-isolate.

Meanwhile, Chief of Naval Operations Adm. Mike Gilday is spending the week quarantined after having contact with a family member who tested positive for the illness, a Defense Department official told Military.com on Sunday. Gilday has tested negative but will remain isolated, the official said.

Gilday and Lengyel were not present at the weekend meeting at the White House with the other Joint Chiefs and several cabinet members.

While the military has put social distancing measures in place in addition to mandatory mask-wearing protocols, Trump was not wearing a mask, nor were general officers or Defense Secretary Mark Esper, according to official White House photos.

As of Monday, the military had 5,316 cases among its uniformed personnel, an increase of 145 troops since Friday. The Navy and the National Guard have the bulk of the cases, with 2,162 in the sea service and 1,037 in the Guard, according to the Pentagon.

— Gina Harkins contributed to this report.

A trial date has been scheduled in the case of a Kalispell war veteran who sued after he was shot by two Kalispell Police Department officers inside his home more than four years ago. Ryan […]