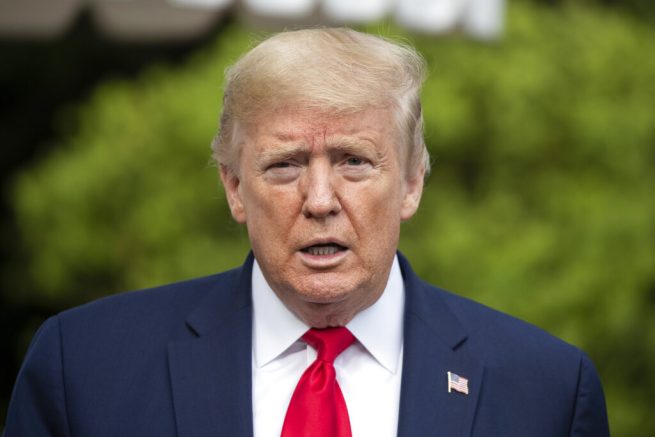 President Donald Trump speaks with reporters as he departs the White House, Friday, May 1, 2020, in Washington. Trump is en route to Camp David, Md.(AP Photo/Alex Brandon)

Earlier in the day, the former vice president publicly denied the allegations made by his former staffer, Tara Reade, and claimed the incident never happened.

President Trump has advised Biden to fight the allegations if they are untrue and added he’s been on the other end of what he called “false accusations.” 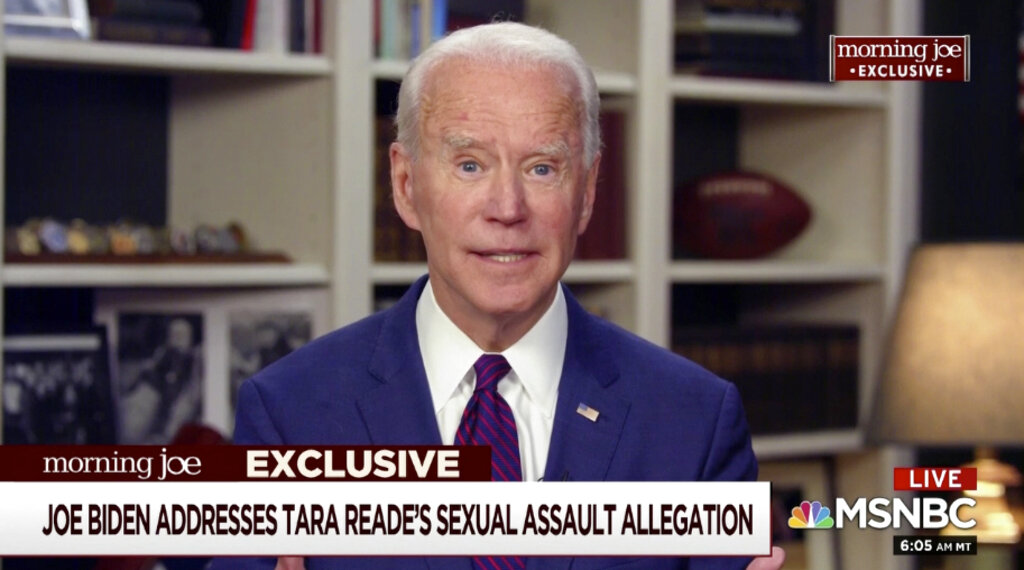 McEnany also spoke out about the false equivalency between Reade’s story and Christine Blasey Ford’s when prompted by a question about Supreme Court Justice Brett Kavanaugh.

“You know, that’s the president’s assessment, so I would point you back to his words. I think it was a grave miscarriage of justice, what happened with Justice Brett Kavanaugh. There’s no need for me to bring up some of the salacious, awful and verifiably false allegations that were made against Justice Kavanaugh.” – Kayleigh McEnany, White House Press Secretary

The secretary went on to say what the Democrats did to attack the reputation of Justice Kavanaugh in 2018 was an “embarrassment.”

Meanwhile, Joe Biden has formally asked the secretary of the Senate to publicly disclose Tara Reade’s 1993 complaint. Biden sent a letter on Friday and requested the necessary steps be taken to determine the location of those records, should they exist.

BREAKING: Joe Biden is asking the Secretary of Senate to “direct a search for the alleged complaint and to make public results of this search. I would ask the public release include not only a complaint if one exists, but any and all other documents“ related to the allegation. pic.twitter.com/eJRGWl3y2E

He’s also requested all documents pertaining to the allegation be made public.

A memorial is seen outside of Edison Middle School for Navy Corpsman Maxton “Max” W. Soviak in Berlin Heights, Ohio ahead of a vigil for the fallen Navy Corpsman on August 29, 2021. (Photo by […]

A photo shows a tournament sign on the Corniche promenade as skyscrapers of the West Bay are seen in the background in Doha, on November 28, 2022, during Qatar 2022 World Cup football tournament. (Photo […]