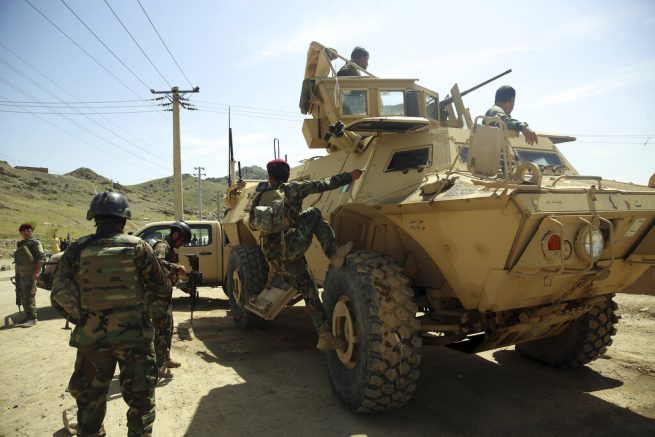 FILE – In this Wednesday, April 29, 2020 file photo, Afghan special forces stand guard at the site of a suicide bomber attack on the outskirts of Kabul, Afghanistan. (AP Photo/Rahmat Gul, File)

Pentagon officials recently announced they will no longer be releasing data on insurgent attacks carried out by the Taliban. On Friday, spokesman Jonathan Hoffman confirmed the Defense Department’s support for the move and suggested it will help restart peace talks with the terrorist group.

In February, U.S. and Taliban leaders signed a deal, which ensured American troops would be withdrawn if the group made efforts to start peace talks with Afghanistan’s government.

According to Hoffman, releasing the data would be counterproductive to negotiations with the group.

“So the decision was that we’re working toward a better solution, a better place for Afghanistan, and that the sharing of that information would not move that ball forward,” stated the spokesman.

The decision came after the Special Inspector General for Afghanistan Reconstruction (SIGAR) released a report, which said the Taliban has increased violent attacks.

In the meantime, the U.S. is planning to reduce its presence in the country to 8,600 troops by mid-July, keeping its promise to fully withdraw from Afghanistan within 14 months.

White House chief of staff says U.S. is ‘going to find ways’ to get remaining Americans out of Afghanistan