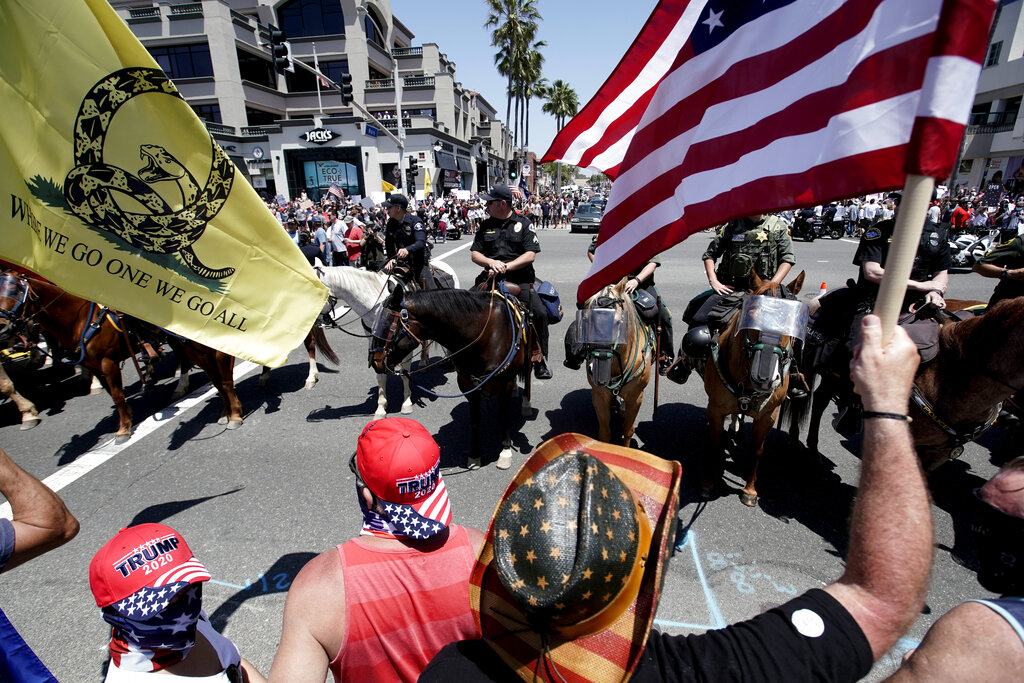 Law enforcement personnel on horseback keep protestors on the sidewalk during a May Day demonstration at the pier Friday, May 1, 2020, in Huntington Beach, Calif., during the coronavirus outbreak. (AP Photo/Chris Carlson)

Thousands of Californians have taken to the streets of Huntington Beach to protest the state’s “stay-at-home” orders. On Friday, more than 2,000 demonstrators demanded Governor Gavin Newsom lift lockdowns and his new beach closure order, which went into effect this week.

This came after the city announced it would pursue legal action against Newsom for his order to close beaches. Several in the crowd appeared to be defying the six-foot distancing guidelines issued by the state, but went on to explain their disdain for the governor.

“Shocked, unbelievable. We’ve been doing a great separation here. The police department’s backed us, Newport’s backed us. The governor’s on some kind of power trip, we don’t understand this. We have to fight for our rights.” – Unnamed protester 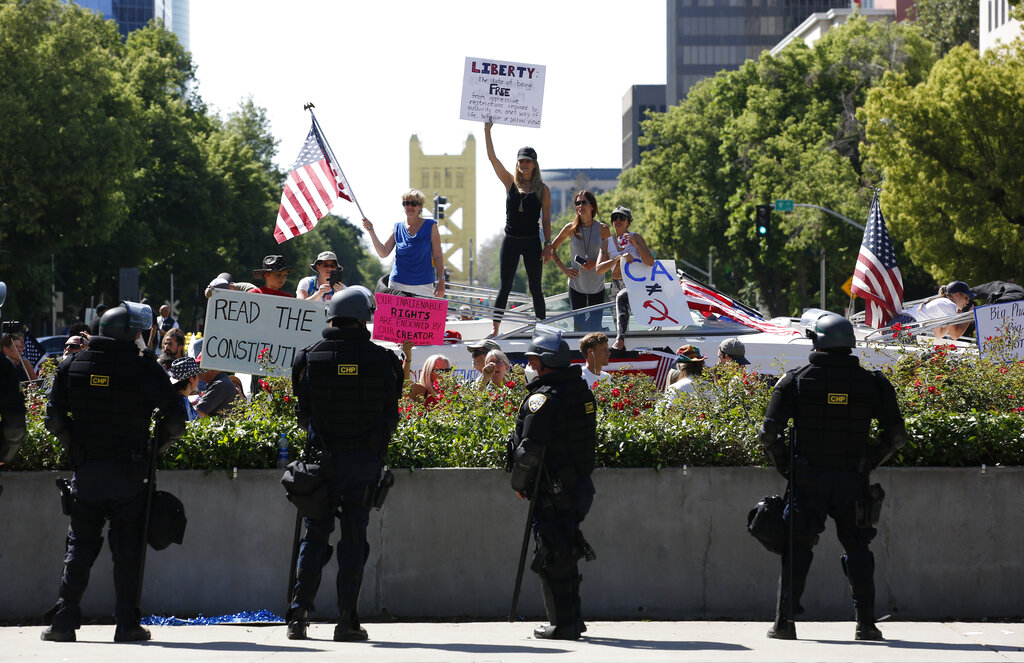 A line of California Highway Patrol officers keep watch on protesters calling for the end of Gov Gavin Newsom’s stay-at-home orders at the state Capitol in Sacramento, Calif., Friday, May 1, 2020. Several people were taken into custody during the protest calling for Newsom to end the restrictions and allow people return to work. (AP Photo/Rich Pedroncelli)

Huntington Beach was not the only city to condemn the orders put forth by Newsom. On Friday, hundreds of Californians gathered outside the state capitol in Sacramento to demand the reopening of schools, businesses and churches.

Residents are criticizing the state’s list of “permissible” outdoor activities amid strict coronavirus lockdown restrictions. State officials released a list Thursday, which explained where residents can and can’t go. This triggered widespread backlash from residents and business owners alike.

According to reports, at least 11 cities around the state saw lockdown related protests. 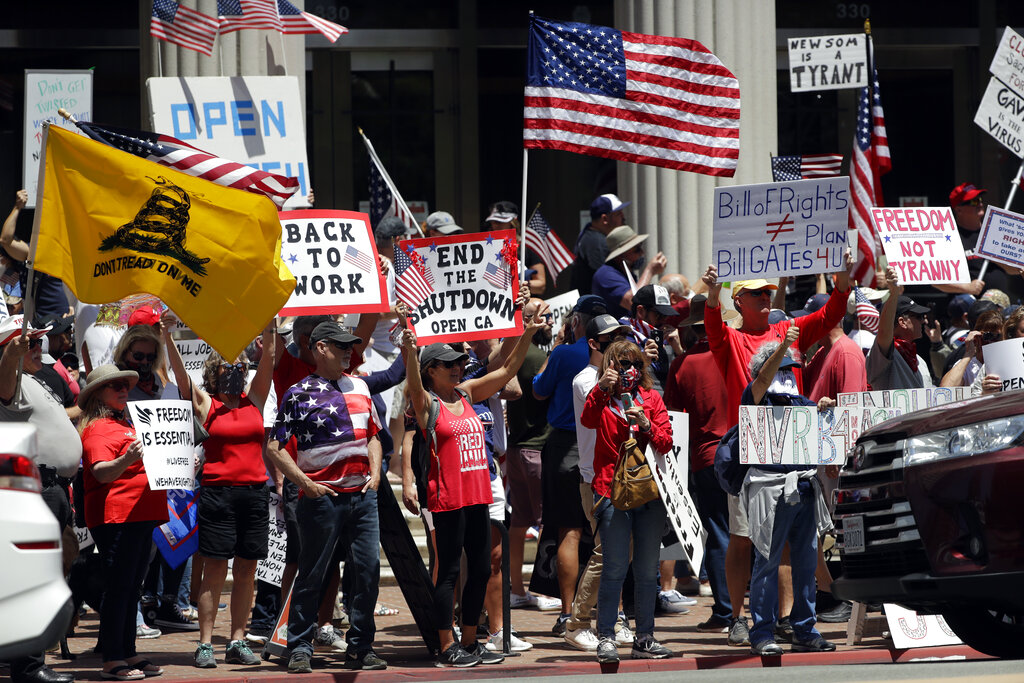 People hold signs and flags during a protest against measures aimed at slowing the spread of the new coronavirus Friday, May 1, 2020, in San Diego. (AP Photo/Gregory Bull)

Many Californians have expressed disapproval over Newsom’s measures to stop the spread of the virus and argued actions like closing beaches are an overreach.

Come on down, the weather is fine, the people are friendly, and exercising your rights is more important than ever. #PacificBeach #SanDiego #protest #BacktoWorkAmerica #lockdown #pacificbeachprotest #riseup #freedom #OPENAMERICANOW #endthelockdown #protests pic.twitter.com/UxDimdL7nl

The governor has said he feels the pressure from protesters to reopen, but stressed he is basing his decisions on science. He added the state is getting closer to lifting restrictions on businesses, including retail hospitality and restaurant sectors.

“If we have kind of weekend that I hope and expect, where we don’t see those huge crowds descend, we’re going to be in a position as early as Monday (or) Tuesday, I hope, to make some announcements of new strategies and partnerships that we’re working on in real time to address these large crowds,” stated Newsom.

Meanwhile, residents are calling for the governor to focus more on addressing economic and social challenges ahead for the Golden State.

FILE – President Donald Trump arrives at the White House in Washington, on Dec. 31, 2020. Mark Pomerantz, a prosecutor who had been leading a criminal investigation into Donald Trump before quitting last month, said […]