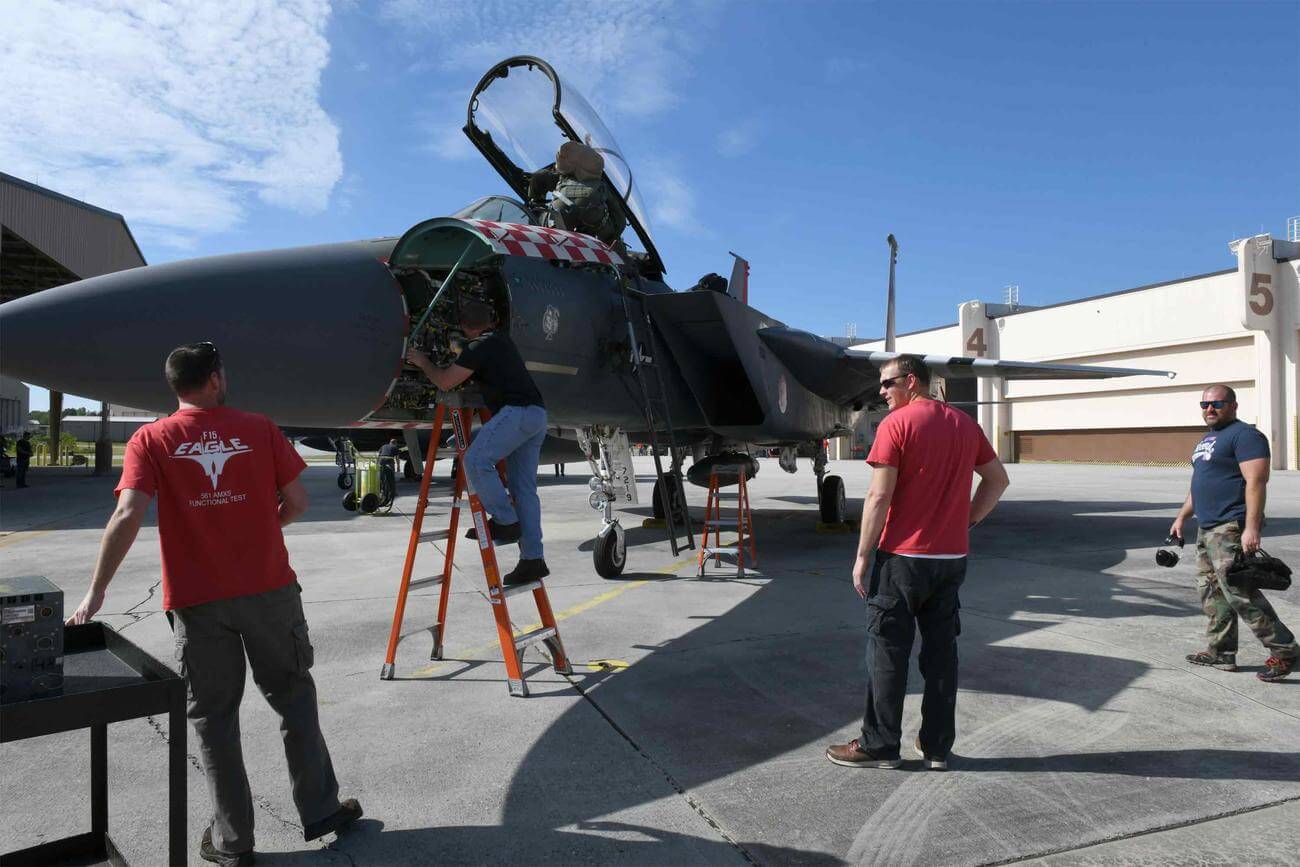 A pair of F-15E Strike Eagles sprinted across the Atlantic earlier this month, not because they were called to war, but because they were in dire need of a tune-up all the way back in the United States. And maintenance crews at Robins Air Force Base, Georgia, were able to get the pilots back in the air with a new set of twin-engine fighters, plus an additional F-15C Eagle, in just three days flat.

Four pilots from the 48th Fighter Wing at Royal Air Force Lakenheath in England — Europe’s only F-15 fighter wing — took off for the Warner Robins Logistics Complex at Robins on April 3 for a “tail swap,” according to an Air Force news release.

The arriving Strike Eagles were scheduled for their programmed depot maintenance, or PDM, which often takes place after a certain number of flight hours — roughly six years’ worth of consecutive operations. The service requires specialized maintenance and parts to upgrade the aircraft’s condition, according to a RAND study.

But with the ongoing novel coronavirus pandemic, unit manpower has been reduced to keep airmen as safe and socially distanced as possible.

“There were unique challenges,” said Capt. Drew Belcher, 561st Aircraft Maintenance Squadron maintenance operations officer, in a released statement. “Particularly, that all of the work was done with about 50% of our normal manning.”

Belcher explained that, since the maintenance crews had to distance, it cut the amount of people working at one time. They operated in shifts to limit possible contamination to other maintainers.

The three “healthy” jets that returned to the U.K. had been cleared through PDM in mid-March. Still, it took “a lot of work leading up to it,” Belcher said. “Especially right now with our minimal manpower.”

Despite being certified ready weeks prior, the three returning aircraft still needed flight checks, a paint touch-up — provided by the 558th Aircraft Maintenance Squadron — and a cockpit deep-cleaning to disinfect before the pilots could get back in the air. The aircraft also had to undergo test flights to double-check that fuel transfer was working on the external tanks before their long haul back to the U.K., the release said.

On April 6, the pilots — who spent their time quarantined during their stay — were en route back to the 48th Fighter Wing.

‘Acting with Their Heart:’ How the Air Force Led the Services in Talking About Race

Chief Master Sergeant of the Air Force Kaleth O. Wright didn’t run his message through a gauntlet of approvers to fine-tune the phrasing. But his words were deliberate and chosen with feeling. “I am George […]