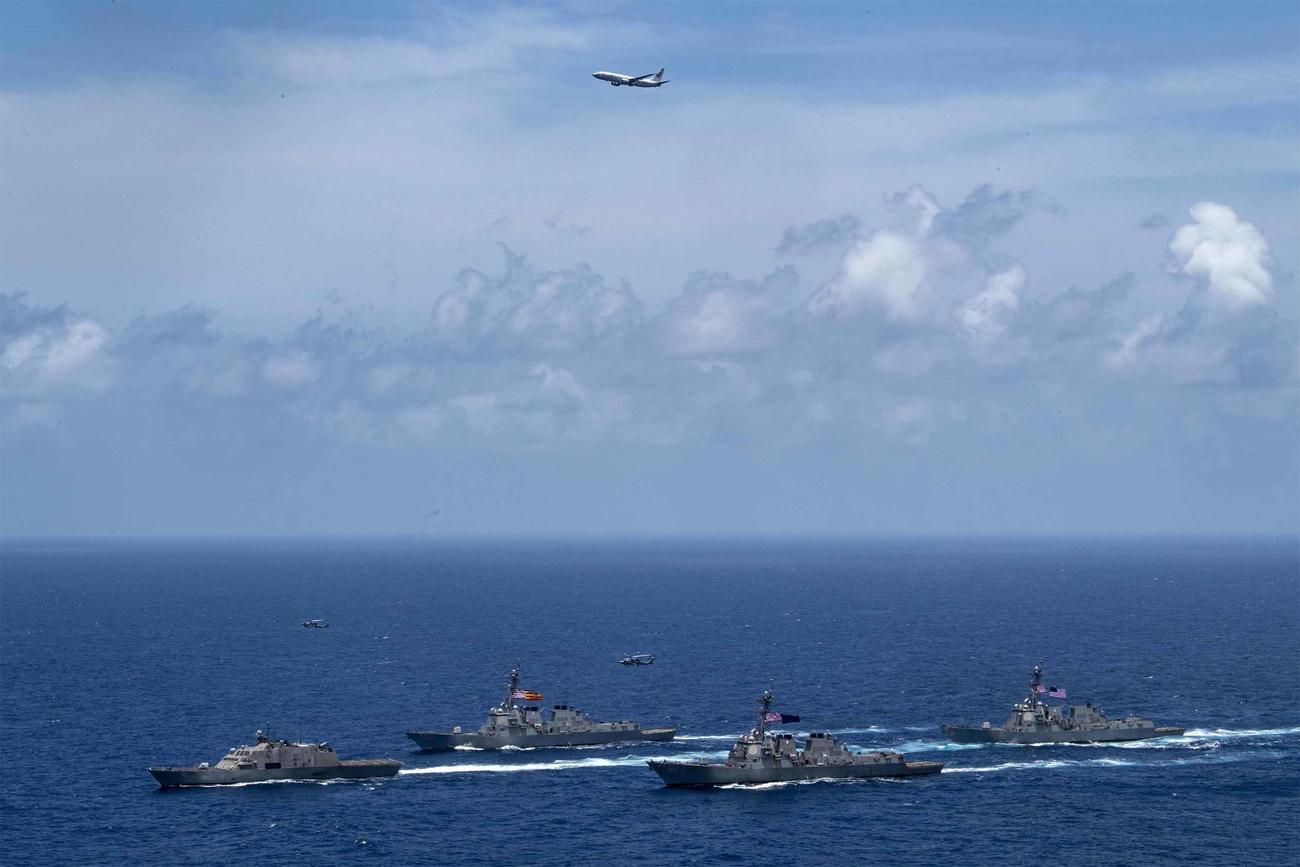 A U.S. Navy officer has become the first service member to receive a waiver to a Defense Department policy that bars most transgender troops from serving as anything other than their birth gender.

A Navy spokeswoman said Friday that Acting Secretary of the Navy James McPherson approved Wednesday a “specific request for exemption related to military service by transgender persons and persons with gender dysphoria.”

“This service member requested a waiver to serve in their preferred gender, to include obtaining a gender marker change in the Defense Enrollment Eligibility Reporting System and being allowed to adhere to standards associated with their preferred gender, such as uniforms and grooming,” Navy spokeswoman Lt. j.g. Brittany Stephens said.

News of the exception to a year-old prohibition on gender transitions while in uniform was first reported by CNN.

According to court documents, the officer has served for more than nine years in the surface warfare community and faced an involuntary discharge from the Navy as a result of a DoD policy implemented last year prohibiting personnel diagnosed with gender dysphoria from serving.

In July 2017, President Donald Trump announced via Twitter that the U.S. government would no longer allow “transgender individuals to serve in any capacity in the U.S. military.”

The announcement upended a 2016 decision by President Barack Obama and then-Defense Secretary Ash Carter to allow transgender personnel to serve openly in their preferred gender.

As a result of Trump’s announcement, then-SecDef Jim Mattis developed and published a policy in 2018 that barred transgender service members who had not yet transitioned and those diagnosed with gender dysphoria — a mental health condition categorized by extreme distress and psychological symptoms over the mismatch between one’s gender at birth and one’s gender identity — from serving.

It also barred prospective recruits with gender dysphoria from joining the military, but it allowed transgender service members already serving in the military to remain.

The U.S. Supreme Court upheld the policy in 2019, and it has been in effect just over a year.

The officer who received the waiver was not grandfathered under the policy because, according to documents, she only came to “terms with her transgender identity” as a transgender woman after the ban went into effect. The officer, known in court documents as Lieutenant Doe, was diagnosed with gender dysphoria in June 2019 and promptly informed the Navy that she was a transgender woman.

She filed a complaint in March 2020 against the Defense Department to prevent her discharge.

Advocates for the LGBTQ community, as well as the officer’s attorneys, said Friday they are “ecstatic for the sailor and the breach of the waiver logjam” they say has built since the policy was enacted.

But, they added, other qualified transgender personnel should not be barred from serving.

“While we are relieved for our client, requiring transgender service members to jump through this discriminatory hoop makes no sense and only underscores the irrationality of the ban. Being transgender has nothing to do with a person’s fitness to serve, and transgender individuals should be held to the same standards as other service members,” said Shannon Minter, legal director for the National Center for Lesbian Rights.

A spokesman for the LGBTQ advocacy group Modern Military Association of America expressed concern Friday that the waiver may be a ploy to undermine current lawsuits challenging the ban.

The group, along with Lambda Legal, is representing six transgender active-duty service members and three seeking to enlist in a challenge against the policy’s constitutionality. The case, Karnoski v. Trump, has been in the courts since 2017.

“We will be watching closely to see if others are approved and how the Trump-Pence administration may attempt to weaponize the decision by falsely claiming the ban isn’t a ban. MMAA is committed to ensuring the unconscionable Trump-Pence transgender military ban is overturned and any qualified transgender patriot is free to serve openly and authentically,” said MMAA legal and policy director Peter Perkowski.

The Defense Department has maintained that the policy is not a ban on transgender persons but a restriction against allowing persons diagnosed with gender dysphoria to serve.

DoD officials last year said that transgender service members with gender dysphoria have 10 times the behavioral health visits than those who don’t have the condition and have higher rates of suicidal ideation.

Last February, James Stewart, then acting undersecretary of defense for personnel and readiness, said gender dysphoria is a medical condition incompatible with military service and that allowing those diagnosed with it to serve “would degrade military effectiveness.”

Shortly before the policy went into effect, the Navy released guidance saying it would allow transgender sailors who were not grandfathered under the previous allowance to live as their preferred gender while not on duty.

At the time the policy went into effect, roughly 1,000 service members who had transitioned or been diagnosed with gender dysphoria were serving in the U.S. military.

Roughly 9,000 identified themselves as transgender in a survey of active-duty personnel.

North Korean troops fired multiple gunshots towards the South in the DMZ dividing the peninsula on Sunday, prompting South Korean forces to fire back, Seoul said. The rare exchange of gunfire comes a day after […]