(CNN)– Multiple people have died as a result of a shooting Friday morning at a high school in the southeastern Texas city of Santa Fe, two law enforcement sources told CNN. This is the third school shooting in the past seven days, and the 22nd since the beginning of the year in the United States.

A suspect in the shooting at Santa Fe High School has been arrested, assistant principal Cris Richardson told reporters near the school.
A second person has been detained as well, Harris County Sheriff Ed Gonzalez said on Twitter.
Widget not in any sidebars
Witnesses described students running from the school as they heard gunshots; they also described hearing an alarm at the school, though the sequence of events wasn’t immediately clear.
An armed person walked into an art class at the school and began firing what looked like a shotgun, a witness told CNN affiliate KTRK.
The witness told KTRK she saw a girl shot in the leg.
Patients from the school are being taken to a hospital in the nearby city of Galveston, hospital spokesman Raul Reyes said. He did not say how many or give details about the injuries. At least one police officer was injured, Sheriff Gonzalez said. 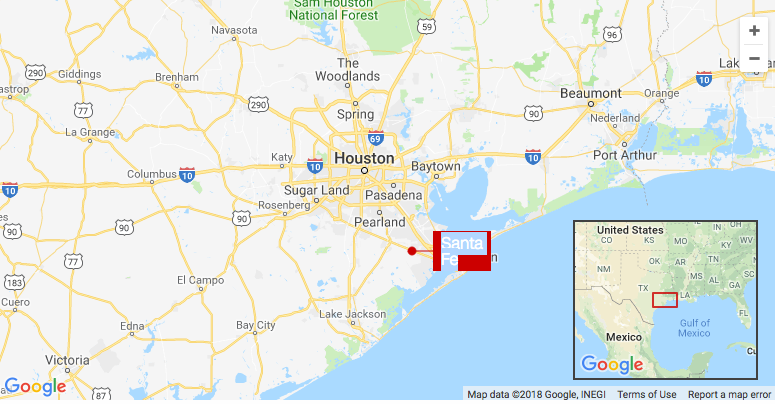 Aerial video from the scene showed several police officers outside the school. Some were searching students and their backpacks.
Angelica Martinez, a 14-year-old student, told CNN she and her schoolmates were being evacuated at one point “like it’s a fire drill.”
“We were all standing (outside), but not even five minutes later, we started hearing gunshots,” she said. “And then everybody starts running, but like the teachers are telling us to stay put, but we’re all just running away.”
“I didn’t see anybody shooting, but like (the gunshots) were kind of spaced,” Angelica said, adding she heard about four shots.
The witness who spoke to KTRK also said she heard an alarm. She didn’t specify if that was before or after the gunfire she described in the art class.
She said she couldn’t describe the shooter.
“I didn’t look. I just ran,” she said.
Another student, Dakota Shrader, told CNN affiliate KPRC that she heard gunshots only after hearing an alarm in the school.
“I was in the history hallway, and as soon as we heard the alarms, everybody just started leaving following the same procedure as … (a) practice fire drill,” Shrader said, breaking into tears. “And next thing you know, we just hear … three gunshots, loud explosions, and all the teachers are telling us to run.”
The entire school district is on lockdown, district officials said.
Santa Fe is a city of about 13,000 people roughly 20 miles northwest of Galveston and 30 miles southeast of Houston.
The high school has about 1,400 students, according to GreatSchools.org.

[embedyt] https://www.youtube.com/watch?v=2_2HC9hLB7A[/embedyt] Students in Colorado who support the Second Amendment staged their own walkout Wednesday, in an effort to counter the pro-gun control rallies taking place across the nation following the deadly shooting at a […]

Progressives, Social  Justice Warriors, Socialists, Democrats, and Marxists actively target anyone not in lockstep with the Leftist transformation of America. The hijacking of the nations youth is the mechanism and means to dismantle our Constitutional […]

The number of crimes reported on the University of Kansas campus went down notably from 2016 to 2017, university police announced Friday. Overall, crime decreased 13 percent, with 671 criminal offenses reported to KU police […]