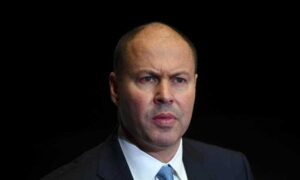 Australian families with two children in childcare can receive an increase of subsidy from July after Treasurer Josh Frydenberg announced a $1.7 billion injection into the child care system.

Aiming to encourage more women back into the workforce after having children, the new package allows parents with two or more kids— aged five and under—to receive an increase of childcare subsidy from 85 percent to 95 percent.

As a part of the May 11 budget, the package is forecast to save 250,000 families up to $2,260 a year. The measures are argued to boost the economy by around $1.5 billion per year and produce 300,000 more working hours per week, according to the estimate of the Treasury.

“That is the equivalent to 40,000 people working an extra day a week,” Frydenbergtold the press in Canberra on Sunday.

Frydenberg also said the entire May 11 budget would be aimed at creating more employment opportunities.

“This will be another pandemic budget being delivered in the midst of a once-in-a-hundred year pandemic and just seven months after the last budget,” he said while addressing the Australian Chamber of Commerce and Industry.

“It is about supporting women into the workforce who want to work more days or more hours,” she said.

Big business also believes that the new change is a crucial step to bring more women back to the workplace while boosting the economy.

“There is nothing there to regulate the costs that are at record highs under this government. This does nothing to move towards a universal, affordable childcare system,” Albanese told reporters in Sydney.

“Child care is about providing an essential service which boosts our economy and is essential economic reform as organisations like the Business Council of Australia have said,” Albanese said.

“It makes it more complex and misses the chance to do a key economic reform,” Shadow treasurer Jim Chalmers told Sky News, arguing that hundreds of thousands of families will be better off under Labor’s promised universal child care plan.

Infectious disease expert Dr. Anthony Fauci said in a Monday interview that, despite being confident that as a fully vaccinated individual he was at low risk of COVID-19 infection, he wore a mask indoors because […]