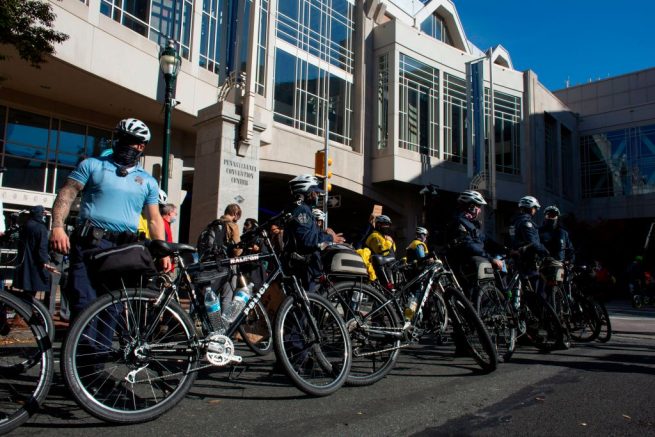 Police stand guard outside outside the Pennsylvania Convention Center. (Photo by KENA BETANCUR/AFP via Getty Images)

Authorities in Pennsylvania are investigating an alleged plot to attack the Philadelphia Convention Center, where votes for the presidential election are being counted.

On Friday, local police reportedly received an anonymous tip that said several armed individuals were driving a hummer from Virginia with plans to attack the center. Footage showed officers spotting and inspecting the vehicle before taking a suspect into custody.

According to police, while in custody the suspect gave information about a second car that was headed to the convention center. So far, no injuries have been reported and authorities said there is no active threat to the public.

Police sources tell FOX, two men with guns headed for Philadelphia Convention Center are in custody. Pulled over in hummer from out of state. Men gave info abt second vehicle with long guns inside. No active threat. No one hurt. Case is now in hands of FBI.

Meanwhile, the Trump campaign stated it will stand firm in its decision to take legal action against election officials in Pennsylvania and other key battleground states.

“What is going on in this city? What are you hiding?” Trump campaign senior advisor Corey Lewandowski questioned. “Open up the doors. Let us in. Let us six feet away. So that we can have a free and fair election.” 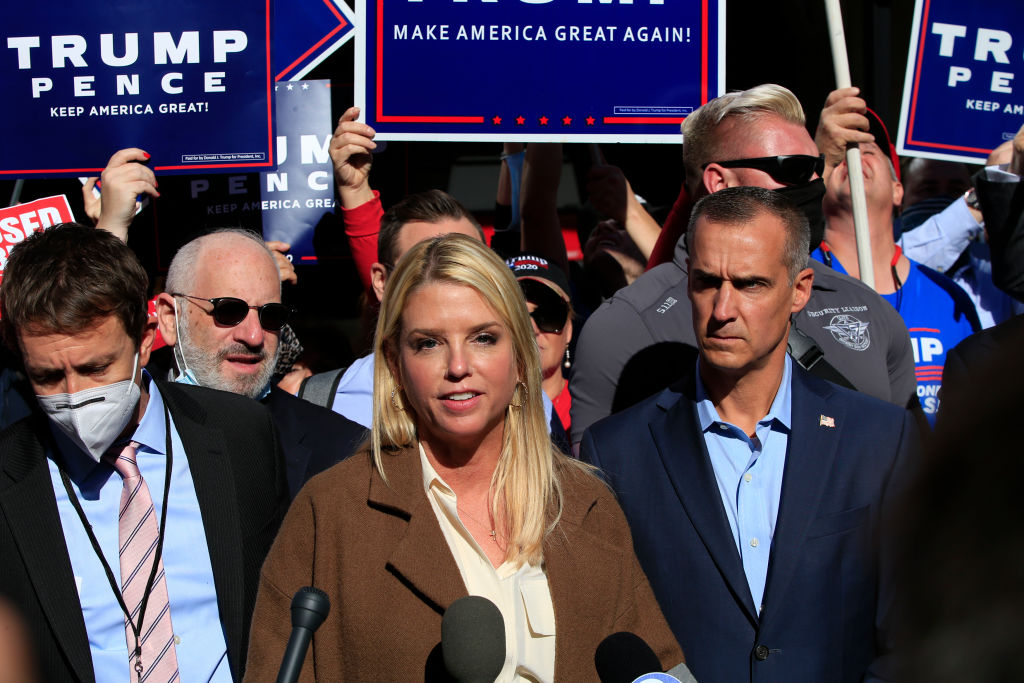 “It’s unbelievable what they’re trying to do to our votes that have been legally cast,” Bondi stated. “Whether you’re a Democrat or a Republican, your legal votes must be tabulated. They’re not doing that. They will not let us see anything.”

An appellate court issued an order that granted the campaign access to the building to observe the counting process first-hand. According to Lewandowski, that court order was defied.

Campaign officials went on to call the situation “shameful” and added that they believe “every legal vote should be counted and they have a right to look at those votes.” President Trump has since filed an emergency suit in federal court to block the counting unless Republican observers are present.

This came shortly after the Antrim County Clerk’s Office in Michigan reported a major discrepancy with the election program used in it and 33 other counties on November third.

The office said the vote totals on “printed tabulator tapes” differed greatly from those on the program, which initially tallied just two votes for GOP Congressional candidate Jack Bergman. The votes were then counted manually and revealed more than 255,000 votes for Bergman, which gave him a 24 percent lead on his Democrat challenger.

“This makes it look like a kangaroo court,” Lewandowski noted. “We deserve better and we’re not leaving until we witness every single vote that transpires in here.”

OAN NewsroomUPDATED 1:41 PM PT – Wednesday, March 3, 2021 States across the country are reexamining their voting systems and procedures after the many claims of election irregularities in the November election. […]

Congolese Army soldiers and UN forces inspect an ambush site where an hour previously ADF fundamentalist rebels attacked two vehicles on the road between Beni and the Ugandan border town of Kasindi, in Kilya, Rwenzori […]