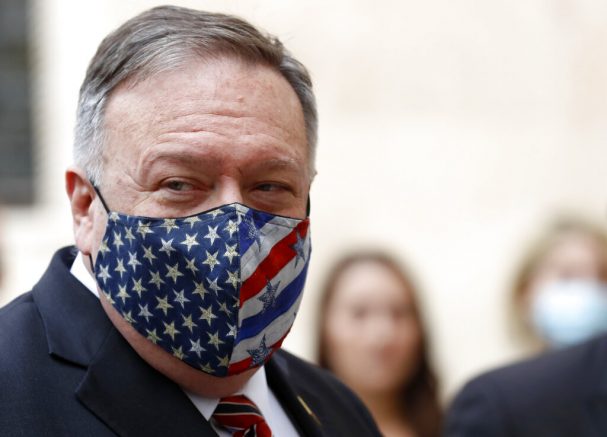 U.S. Secretary of State Mike Pompeo takes a walking tour of the Old Town, in Dubrovnik, Croatia, Friday, Oct. 2, 2020. Pompeo is in Croatia as part of his six-day trip to Southern Europe. (AP Photo/Darko Bandic, Pool)

Wheels up for my visit to Japan. Looking forward to discussing increased cooperation to promote our shared vision for a free and open #IndoPacific, composed of nations that are independent, strong, and prosperous. pic.twitter.com/SgKr8bTMYN

President Trump held a phone conversation with the secretary and the chairman of the Joint Chiefs of Staff from Walter Reed Medical Center. Pompeo said not only was the President in “good spirits,” but the U.S. remains fully prepared in what “rogue actors” might find to be a vulnerable state.

“This is a team, I’ve been working for this President for almost four years now to say this is a team that is mature and capable,” stated the Secretary of State. “We know there’s rogue actors, we know there are malign actors around the world…the United States is fully prepared, both the State Department, our diplomats.”

Pompeo also noted leaders from across the globe reached out to offer their well wishes for the first couple.