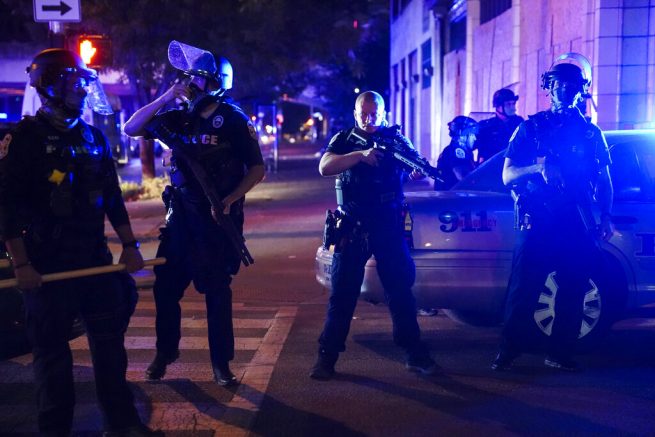 Police stand guard on the perimeter of a crime scene after a police officer was shot, Wednesday, Sept. 23, 2020, in Louisville, Ky. (AP Photo/John Minchillo)

Details continue to emerge regarding the shooting of two police officers during riots in Louisville, Kentucky. On Thursday, authorities identified the suspected shooter as 26-year-old Larynzo Johnson.

Johnson was one of 127 arrested Wednesday night during the violent protests, which occurred after the latest announcement in the Breonna Taylor case.

Please say a prayer of healing over the two Louisville officers shot last night during the BLM protest: Major Aubrey Gregory and Officer Robinson Desroches. These men went into harm’s way to protect the residents and property of Louisville, KY. pic.twitter.com/TfwBIBFWsg

Gregory was treated and released from the hospital, while Desroches remains in stable condition following surgery.

President Trump took to Twitter to offer his prayers for the two wounded officers.

Praying for the two police officers that were shot tonight in Louisville, Kentucky. The Federal Government stands behind you and is ready to help. Spoke to @GovAndyBeshear and we are prepared to work together, immediately upon request! 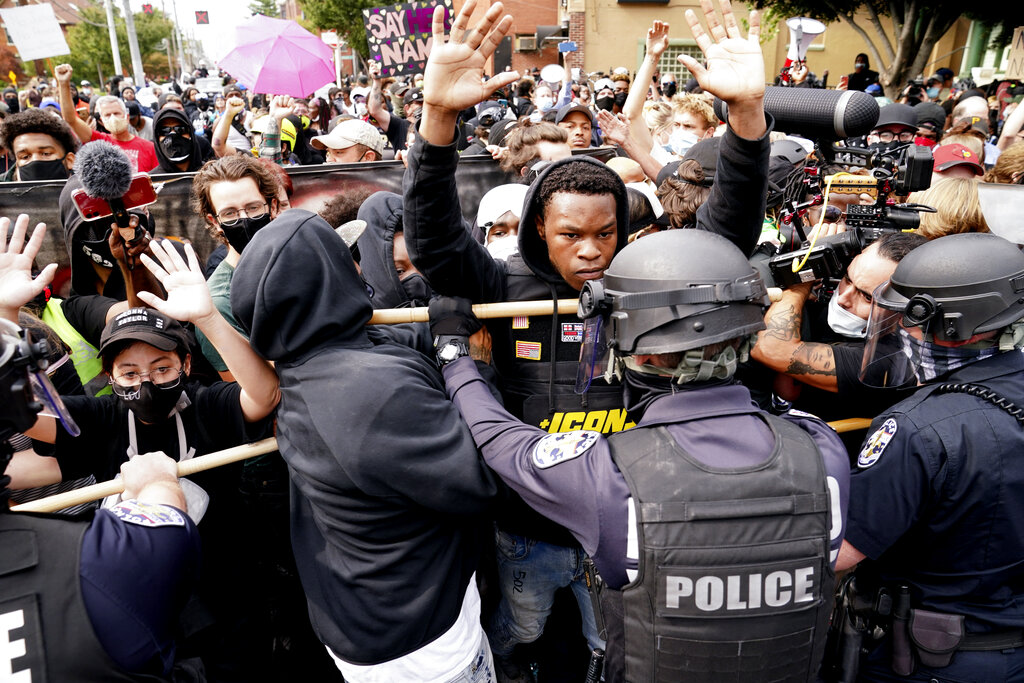 The mayor of Louisville held a press briefing on Thursday to call for an end to the violence.

“We have to come together to create plans to address the wounds that so many in our community are carrying and replace them with compassion, connection, opportunity and justice,” stated Mayor Greg Fischer.

Our hearts go out to the two @LMPD officers who were shot. Please pray for them and their families, & pray for our city, and all who are in pain today. For anyone who is still out, please go home tonight. Violence doesn’t get us closer to a fair, just and equitable city. pic.twitter.com/fDTZkjIROj

According to Fischer, more information about the Breonna Taylor investigation is expected to be released to the public soon.

In the meantime, police confirmed the 9 p.m. curfew will remain in effect for the next two nights.

Attention: By authority of the mayor, a county-wide curfew will go into effect for the next 72-hours between 9 pm and 6:30 am. Please plan ahead. pic.twitter.com/kIGyPkjtc4

OAN NewsroomUPDATED 9:35 AM PT – Saturday, October 30, 2021 Protesters in Mississippi are standing up to their employer’s vaccine mandate. One America’s Tom McGrath has more. MORE NEWS: Sen. Rubio: Build Back Better Is A […]