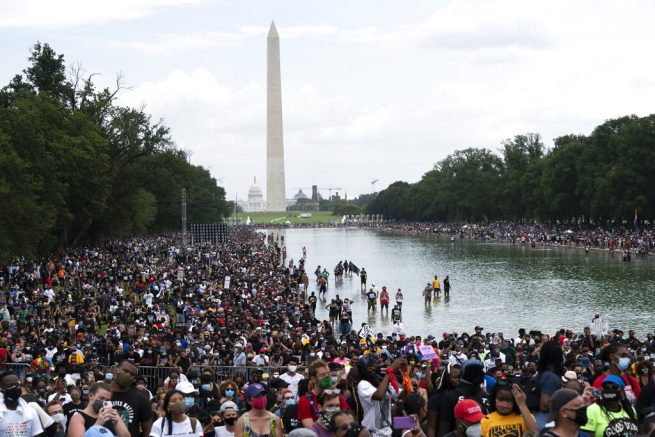 People rally at Lincoln Memorial during the March on Washington, Friday Aug. 28, 2020, on the 57th anniversary of the Rev. Martin Luther King Jr.’s “I Have A Dream” speech. (AP Photo/Jose Luis Magana)

Thousands gathered in front of the Lincoln Memorial on Friday to protest racism and police brutality. The massive crowd amassed on the steps where the late Martin Luther King Jr. gave his renowned “I Have a Dream” speech.

The event, which was dubbed the “Commitment March,” happened exactly 57 years after King’s “March on Washington.”

The protest drew national attention, as the relatives of Breonna Taylor and George Floyd gave remarks. 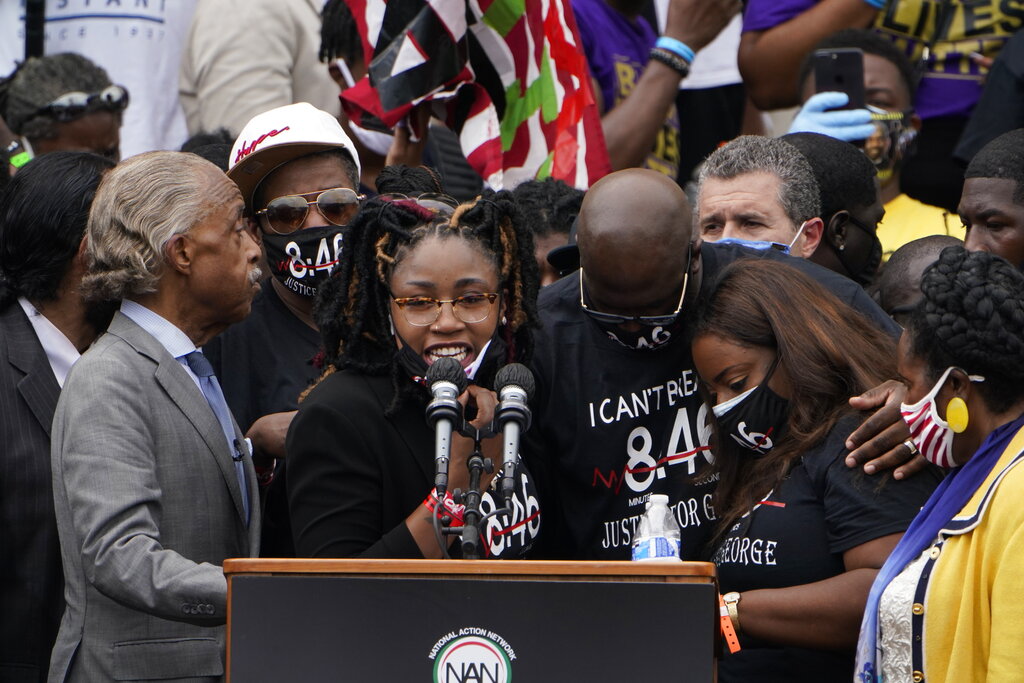 One protester claimed she was marching for “Black America.”

“I am here today to march for my Black sons. There is no peace until justice arrives in this country. I tell them all the time that being a Black in America, that is what happens. Until policies change, that is going to happen again and again.” – Unnamed attendee

Dozens of officers were on scene monitoring the peaceful protest. Law enforcement also assisted in the closure of streets and the Key Bridge. 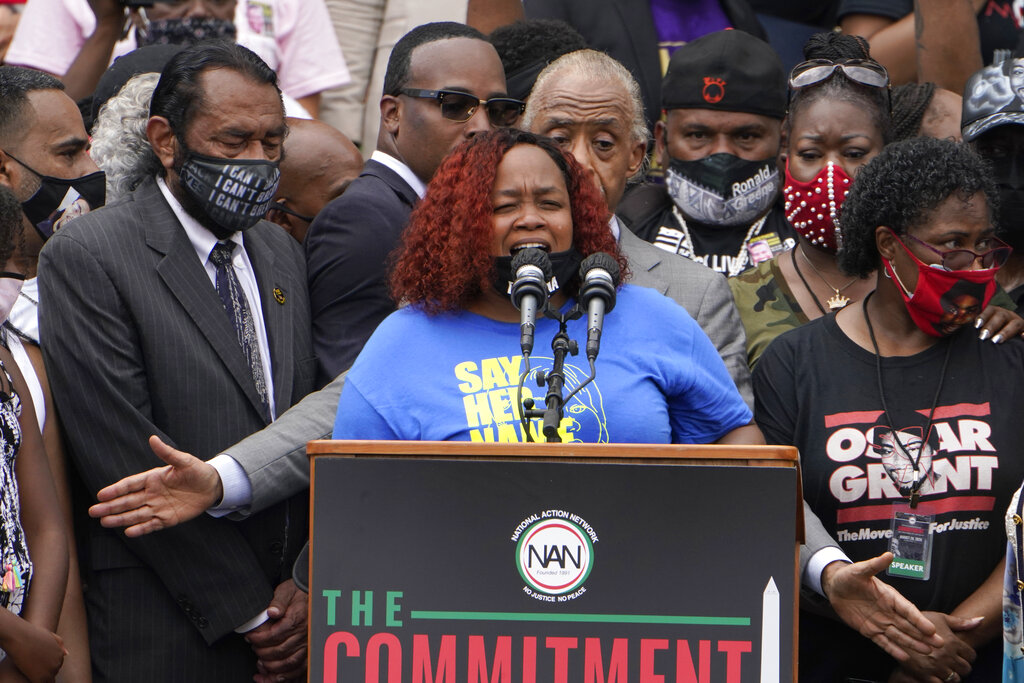 Tamika Palmer, mother of Breonna Taylor, speaks at the March on Washington, Friday Aug. 28, 2020, at the Lincoln Memorial in Washington. At left is Rep. Al Green, D-Texas, and at right is Rev. Al Sharpton. (AP Photo/Jacquelyn Martin, Pool)

Australia borders to remain closed for the foreseeable future

File – Australia Prime Minister Scott Morrison is pictured.(AP Photo) OAN NewsroomUPDATED 6:52 AM PT — Tuesday, May 26, 2020 Australia will keep its borders closed in an effort to contain the coronavirus pandemic. During […]