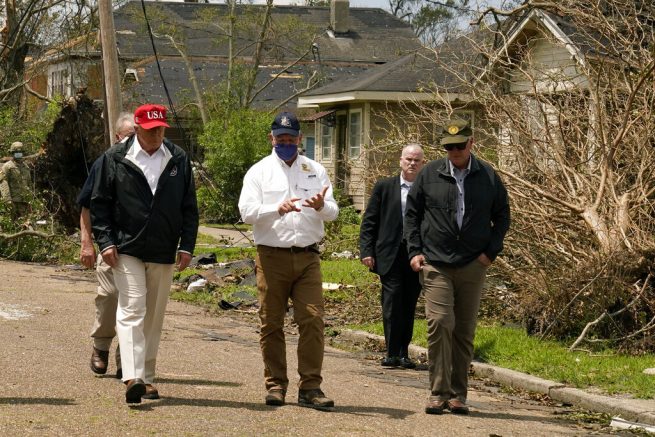 President Trump traveled to hurricane stricken Louisiana on Saturday to aid in emergency efforts. The president reaffirmed he’s standing by local officials, who have been working to restore water to more than 180,000 residents.

Thank you to @POTUS for coming down to Louisiana to survey the catastrophic damage left behind by #HurricaneLaura and for approving our disaster declaration. It will take a team effort from local, state and federal officials to help our communities affected by the storm. #lagov pic.twitter.com/giDZHUdzCW

He added his heart goes out to families who lost loved ones to the destructive storm. So far, more than a dozen people have been found dead.

President @realDonaldTrump is in Lake Charles to support the great people of Louisiana. pic.twitter.com/faohhgA3lW 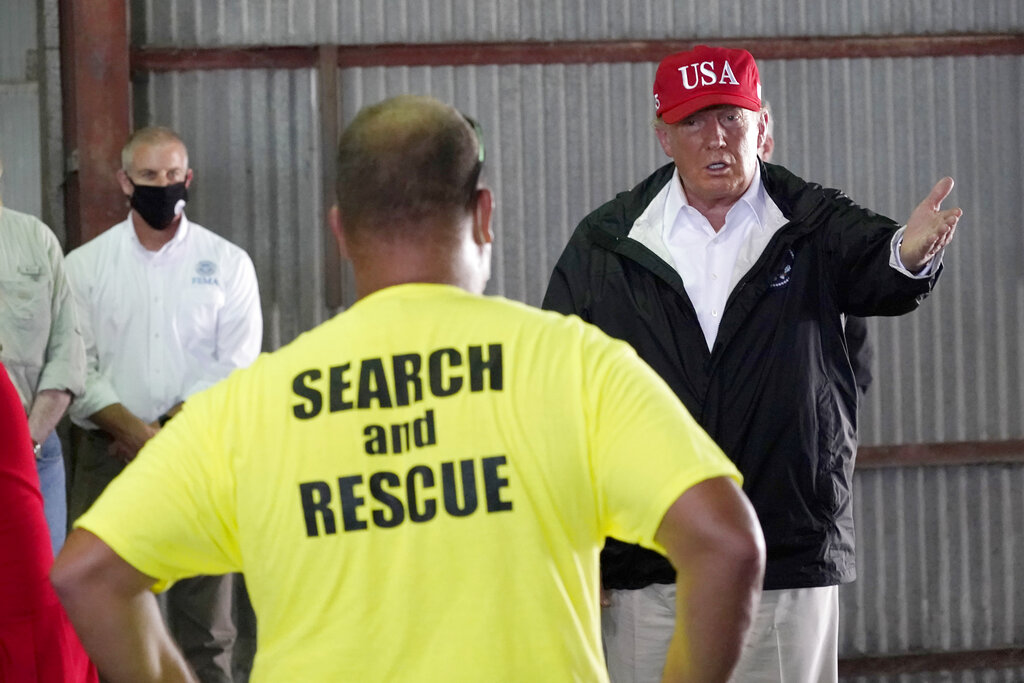 President Donald Trump speaks with first responders as he tours a warehouse being used as a distribution point for relief aid after Hurricane Laura hit the area, Saturday, Aug. 29, 2020, in Lake Charles, La. (AP Photo/Alex Brandon)

The president also took to the streets of Louisiana to survey the damage caused by the natural distaster.

President @realDonaldTrump surveys some of the damage caused by Hurricane Laura in a neighborhood in Lake Charles. @FEMA_Pete @DHS_Wolf @JohnBelEdwards pic.twitter.com/WKinumf5FO

“I’m here to support the great people of Louisiana. It’s been a tremendous state for me. I love the people, we’ve had a good relationship right from the beginning. I’ve already met some people that have been absolutely devastated. This was a tremendously powerful storm.” – Donald Trump, 45th President of the United States

The president then traveled to Orange, Texas to receive additional briefings on emergency operations in the state.

Police have identified the prime suspect in Saturday’s shooting in New York City’s Times Square as 31-year-old Farrakhan Muhammad, according to multiple reports. Detectives with the New York Police Department (NYPD) have released a wanted […]

Noted China expert Roger Garside stated on Monday that the Communist regime of China is “outwardly strong, but inwardly weak” during a discussion on the potential for regime change and democracy in China hosted by […]