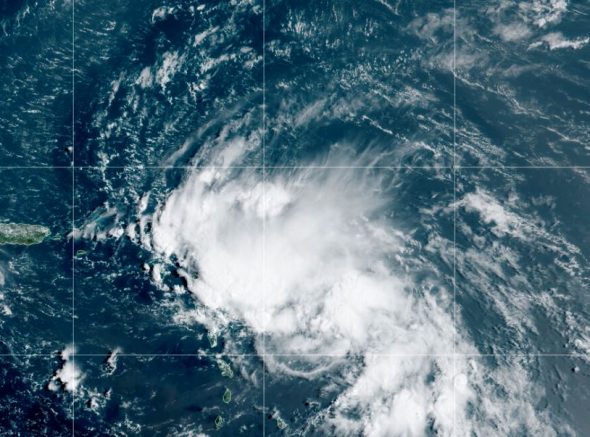 According to the National Oceanic and Atmospheric Administration, the 2020 Atlantic hurricane season is going to get even worse. On Thursday, forecasters said they are expecting to run out of traditional hurricane names because they have predicted about twice as much storm activity as a normal year.

The weather service has predicted up to 25 named storms, 11 of which are expected to become hurricanes. Six of those could become major hurricanes with wind speeds around 111 miles per hour.

+ To get the latest forecasts for storms in the Atlantic and Pacific, including downloadable maps, simply head over to the National Hurricane Center webpage:https://t.co/F0S83hgxNY

Meteorologists have warned the public to keep an eye on local reports and be aware of weather dangers.

“Whether it’s on your own personal device, the internet, weather radios are always a great to have or television,” stated meteorologist Kevin Fryar. “Just be aware, because this is going to be one of those seasons that we’re going to be talking about for some time going forward.”

Tropical Storm Laura and Tropical Depression 14 could reportedly make landfall in the Gulf of Mexico as soon as Wednesday. This would mark the first time two storms made landfall on the same day since 1933.

MORE NEWS: 5 Dead As Wildfires In Calif. Continue To Burn

FILE – In this Monday, Aug. 23, 2021, file photo, teacher Vanessa Rosario greets students outside of iPrep Academy on the first day of school, in Miami. Florida school districts can legally require their students […]

Commentary After reviewing my ranking of Orange County cities based on their per capita unrestricted net positions, a resident approached his city council for an explanation. He was informed, in writing, that it is just […]