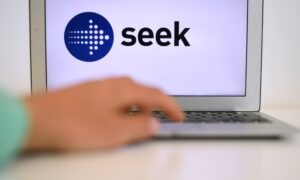 Online employment directory Seek has raised its profit forecast as businesses across Australia, and New Zealand, are hiring more workers than expected.

The three industries with the highest growth in job ads were hospitality and tourism, services, and healthcare. The former two suffered particularly hard from the lockdowns and experienced many job cuts.

As the economy shows strong signs of recovery, companies are once again looking to hire and Seek found that the number of applications per job advertisement is at its lowest level since 2012.

“It is fantastic to see so many jobs available and a real testament to Australian employers’ hard work and resilience over the last year,” Kendra Banks, managing director of Seek ANZ, said. “There are factors that are driving these strong numbers that are important to consider, including many of the jobs currently being advertised are for roles that were displaced in the last year.”

ANZ research on Monday (pdf) found job ads has grown for the 11th month in a row in April by 4.7 percent. The number of job ads now exceed pre-COVID levels.

“Businesses looking to hire new workers are, on the whole, unlikely to be those that were heavily dependent on the JobKeeper payment,” ANZ senior economist Catherine Birch said.

Seek Diversifies Away From China

Seek has also announced shareholders will receive a dividend of 20 cents per share after it completes its Zhaopin transaction.

Seek has sold a large portion of its shares in the Chinese job directory and reduced its ownership of the platform from 61.1 percent to 23.5 percent.

“A portion of the Zhaopin proceeds will be returned to shareholders as a dividend, which reflects our confidence in SEEK’s outlook and ongoing cash generation,” Seek CEO Andrew Bassat said.

Seek has already received $500m of the gross proceedings in April, with the remaining to be received in June.

The corporate media and elected Democrat party leaders at all levels carried the water for Black Lives Matter (BLM) and ANTIFA as they perpetrated ruinous riots throughout the majority of 2020.  George Floyd was the […]