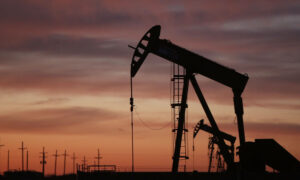 Texas lawmakers this week advanced bills aimed at shielding the state’s oil and gas industry from climate initiatives pushed by the Biden administration.

The Texas House on Tuesday approved Senate Bill 13, which requires the state’s comptroller to prepare, maintain and update a list of all companies that boycott energy companies. The state may then divest funds from those firms unless they cease boycotting energy companies within 90 days of receiving a written warning from state governmental entities, the legislation states.

“Oil and gas is the lifeblood of the Texas economy,” state GOP Rep. Phil King of Weatherford told the House floor Monday. “In the world of capital, there’s a movement to deny funds to businesses that will not sign on to extreme anti-fossil fuel policy.”

The legislation is set to be reviewed in the Senate before it makes its way to Republican Gov. Greg Abbott’s desk to be signed into law. If he does so, the bill is set to take effect on Sept. 1.

Senate lawmakers meanwhile sent the governor a bill, HB 1282, that would prevent local municipalities from barring, limiting, restricting the use of natural gas as a fuel source for new construction and utility services.

The bill, sponsored by Democratic Texas Rep. Joe Deshotel of Beaumont, would also prevent entities from imposing any additional charges or different prices on a development or building permit applicant for utility infrastructure that encourages those constructing buildings to use a particular energy source.

“The purpose of this bill is to prevent a city from prohibiting choice of fuel for homes,” Deshotel told the House State Affairs Committee.

It follows President Joe Biden’s recent executive orders on climate change that state a goal of setting the United States on course to creating a carbon-free power sector by 2035 and a net-zero economy by 2050. To achieve these goals, the Biden administration is having all relevant federal agencies adopt its climate change agenda and subsidies are being cut off from the fossil fuel industry.

Opponents to the Paris accord believe that even if the United States were to achieve net-zero emissions by paying higher energy bills and bearing the brunt of a weaker economy, this would not help global emissions because larger countries like China and India would still be increasing their carbon footprint.

The United States has been a global leader in reducing emissions and the GOP wants this to continue by putting the focus on exporting U.S. clean energy to other countries since global demand for energy is projected to increase almost 50 percent by 2050.

The Biden administration’s policies are canceling projects like the Keystone XL Pipeline. The cancelation is said to have cost thousands of jobs and millions of dollars as well as make the United States less energy independent.

Masooma Haq contributed to this report.

Commentary One of the arguments most used by central banks regarding the increase in inflation is that it’s because of bottlenecks and that the recovery in demand has created tensions in the supply chain. However, […]

A hospital researcher on April 19 was sentenced to 33 months in prison for conspiring to steal trade secrets from an Ohio children’s hospital to sell in China, according to the Justice Department. Zhou Yu, […]