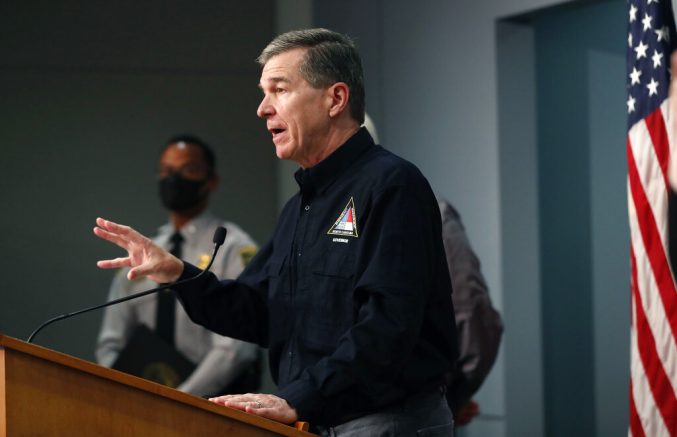 The National Hurricane Center has predicted Tropical Storm Isaias will strengthen into a hurricane again when it approaches the Carolinas.

North Carolina Gov. Roy Cooper (D) declared a state of emergency in preparation for the storm, which is expected to hit the state either Monday night or Tuesday morning.

Residents have been ordered to evacuate inland where they could stay in a hotel or at an emergency shelter. Cooper assured there would be different sheltering options available for those who tested positive for COVID-19.

“Just because it’s now categorized as a tropical storm doesn’t change its potential threat,” he stated. “I’ve declared a state of emergency and we have received federal emergency declaration for 25 counties so far.”

Director of the National Institute of Allergy and Infectious Diseases Dr. Anthony Fauci listens as President Donald Trump speaks about the coronavirus in the Rose Garden of the White House, Friday, May 15, 2020, in […]

Juana Perez, whose 2 1/2 year-old son Dylan is missing, wears a T-shirt with his photo and the Spanish phrase: Dylan, we keep looking for you” outside of the presidential palace where she hopes to […]