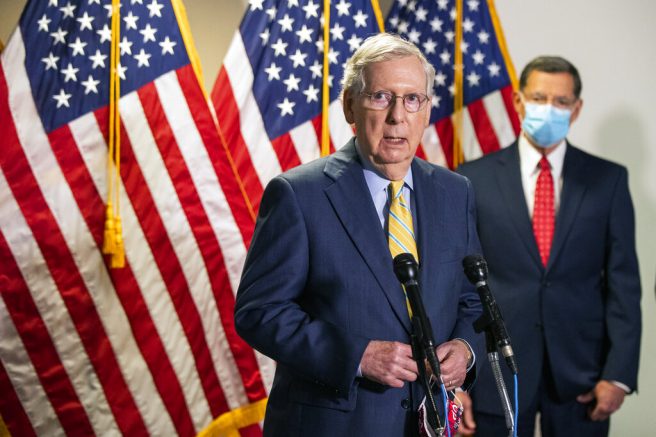 Congressional Republicans have expressed urgency towards passing another stimulus bill. GOP lawmakers began pushing for a new stimulus bill this week after the Labor Department reported 4.8 million jobs were added in June.

They initially delayed the drafting of another bill to see if the economy would jump start again.

Both parties will only have 11 days to come to an agreement on a package, due to the July 4th holiday and August recess.

Though both Democrats and Republicans are still in disagreement on some contents of the bill, such as an expanded unemployment plan, Senate Majority Leader Mitch McConnell believes lawmakers share common ground overall.

Congress is set to reconvene after the Independence Day weekend before breaking for August recess in mid-July.

FILE – In this May 3, 2020, file photo, light shines from inside the U.S. Capitol dome at dusk on Capitol Hill in Washington. (AP Photo/Patrick Semansky) OAN NewsroomUPDATED 11:44 AM PT — Monday, July […]

STRESA, Italy—Italy’s transport minister vowed Monday to establish the cause of a cable car disaster that killed 14 people, after the lead cable apparently snapped and the cabin careened back down the mountain until it […]