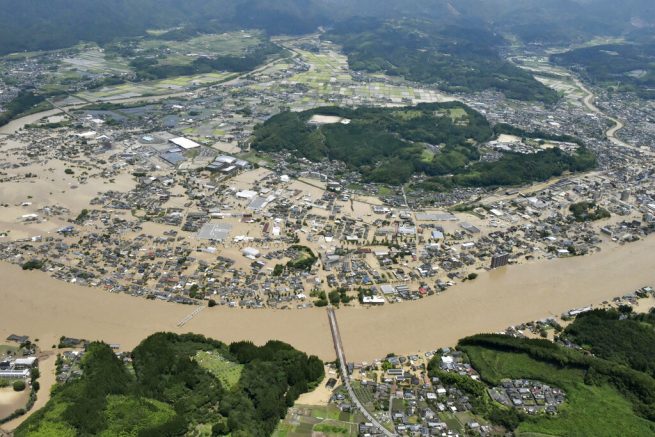 Areas are inundated in muddy waters that gushed out from the Kuma River in Hitoyoshi, Kumamoto prefecture, southwestern Japan, Saturday, July 4, 2020. (Kyodo News via AP)

15 people are presumed dead and nine went missing after mass flooding hit Japan this week. More than 75,000 residents were forced to vacate their homes due to the region’s Level 3 floods.

Rescue workers were sent to save victims and warn people about the rising water levels in the area.

Level 5 alert for #floods and #landslides in Japan’s #Kyushu – its highest warning, for rain “never seen” before pic.twitter.com/HHWHUWjuEO 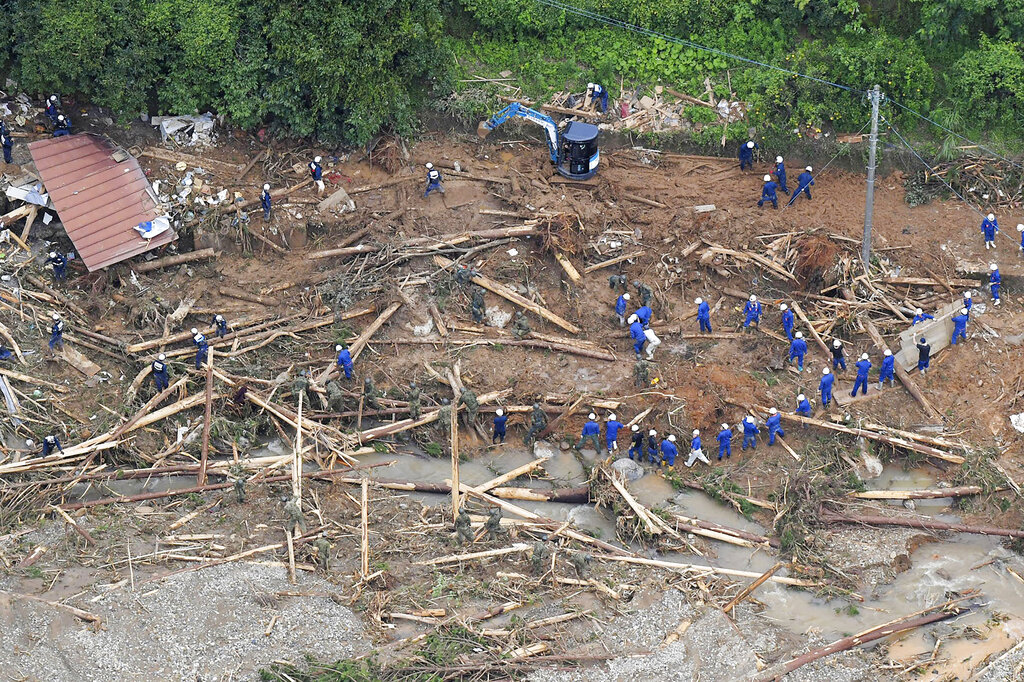 Over 92,000 households are preparing for more floods and landslides in the region.

“Special heavy rain warnings were issued in Kumamoto and Kagoshima prefectures,” explained Prime Minister Shinzō Abe. “So far, flooding of Kuma River and some landslides have occurred, and there is also information of people who may have been fallen victim to landslides.”

Homeowners who were not able to evacuate quickly enough sought safety on rooftops. 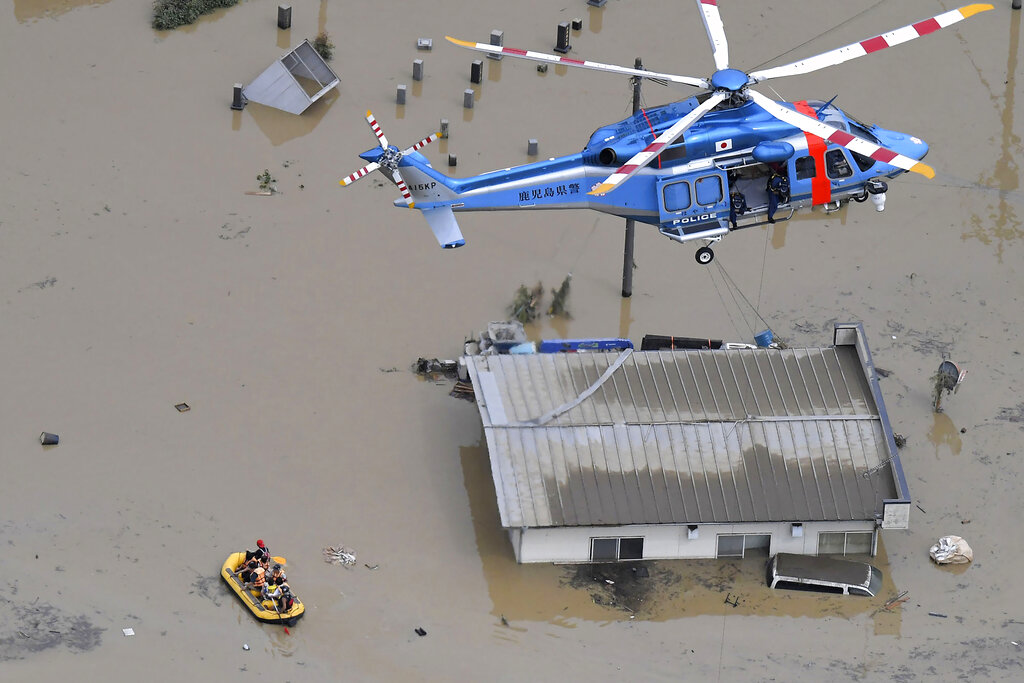 Rep. Charlie Crist (D-Fla.) announced Tuesday he will try to beat incumbent Gov. Ron DeSantis in 2022. Crist, 64, was elected governor of Florida in 2006 as a Republican. He later became a Democrat and […]

Dr. Anthony Fauci, director of the National Institute of Allergy and Infectious Diseases and chief medical adviser to the president, speaks during a Senate Health, Education, Labor, and Pensions Committee hearing to examine the federal […]

Several Republicans, including two lawmakers, predicted that former President Donald Trump will indeed make another bid for president in 2024. When asked during a Fox News interview about Trump’s prospects on Tuesday, Rep. Jim Jordan (R-Ohio) […]