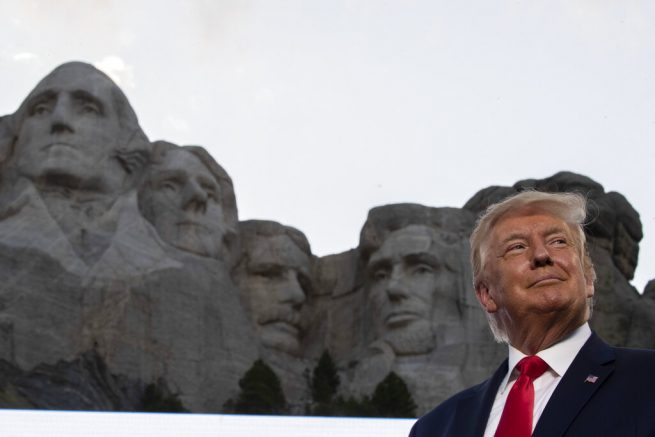 President Trump slammed recent civil unrest as an attack on American values during a Fourth of July celebration in South Dakota. On Friday, the president spoke to a crowd at Mount Rushmore, where he vowed to set history straight.

He focused on the past achievements of the U.S., specifically citing the year 1776. This appeared to reference the New York Times’ “1916 Project,” which aims to redesignate the year of the country’s founding to when African slaves were first brought to Virginia.

“1776 represented the culmination of thousands of years of western civilization, the triumph of not only spirit, but of wisdom, philosophy and reason. Yet, as we meet here tonight, there’s a growing danger that threatens every blessing our ancestors fought so hard for, struggled and bled to secure. Our nation is witnessing a merciless campaign to wipe out our history, defame our heroes, erase our values and indoctrinate our children.” – Donald Trump, 45th President of the United States

In recent weeks, protesters across the nation have torn down statues in the name of racial equity. The president has decried this so-called “cancel culture” and equated the movement to totalitarianism.

“Angry mobs are trying to tear down statues of our founders, deface our most sacred memorials and unleash a wave of violent crime in our cities. Many of these people have no idea why they’re doing this, but some know exactly what they are doing. They think the American people are weak, soft and submissive. But no, the American people are strong and proud. They will not allow our country and all of its values, history and culture to be taken from them.” – Donald Trump, 45th President of the United States 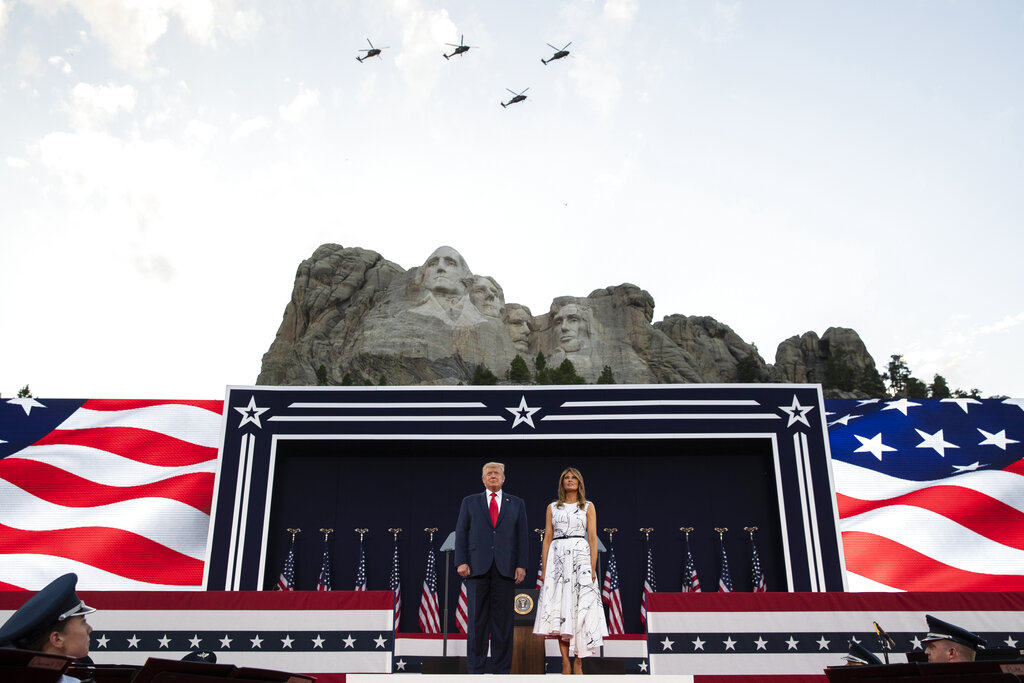 He described the movement as “facism” because of its intolerance to opposing viewpoints.

“In our schools, our newsrooms, even our corporate boardrooms, there is a new far-left fascism that demands absolute allegiance,” stated the president. “If you do not speak its language, performance rituals, recite its mantras and follow its commandments, then you will be censored, banished, blacklist persecuted and punished.”

He further addressed recent calls to defund the police, pushes for gun control and protesters kneeling before the flag.

“We will never abolish the police or our great Second Amendment, which gives us the right to keep and bare arms. We believe that our children should be taught to love their country, honor our history and love our great American flag. We stand tall, we stand proud and we only kneel to all mighty God.” – Donald Trump, 45th President of the United States

Amid criticism of the historic site of the speech, the president referred to the four iconic figures on the monument a number of times.

“This movement is openly attacking the legacies of every person on Mount Rushmore,” he said. “They defile the memory of Washington, Jefferson, Lincoln and Roosevelt.” 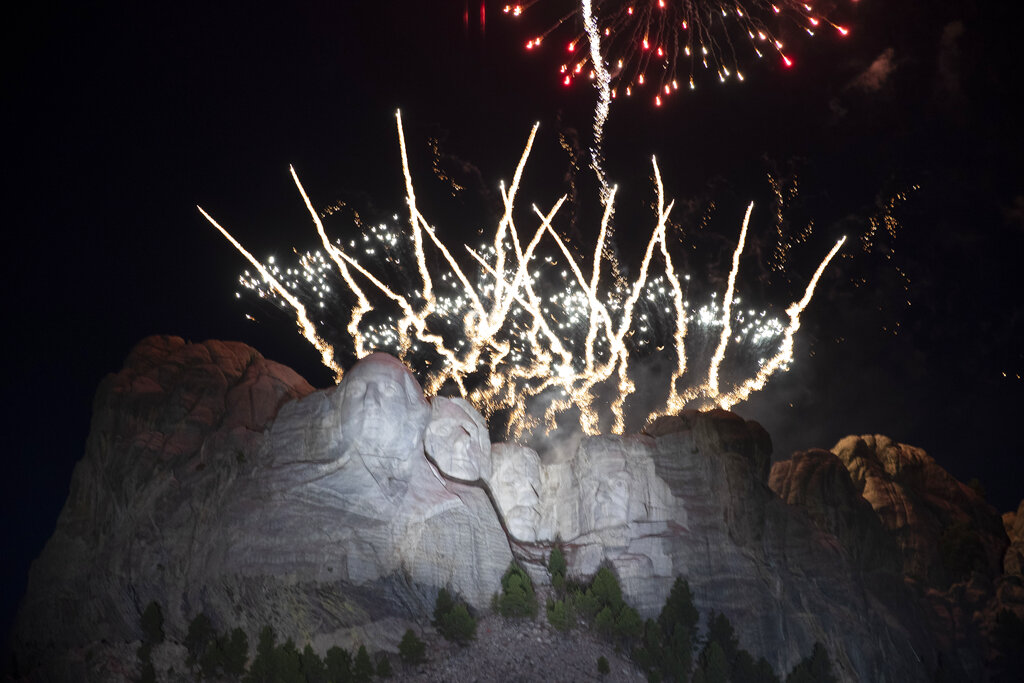 He also praised the country’s eradication of slavery. The president claimed the left is trying to undermine the morals that led to the abolition of the practice and rise of the civil rights movement.

“They would tear down the principles that propelled the abolition of slavery, ending an evil institution that had plagued humanity for thousands of years. Our opponents would tear the very documents that Martin Luther King used to express his dream and the ideas that were the foundation for the righteous movement for civil rights. They would tear down the beliefs, culture and identity that have made America the most vibrate and tolerate society in the history of the earth. My fellow Americans, it is time to speak up loudly, powerfully, and defend the integrity of our country.” – Donald Trump, 45th President of the United States

In response to the tearing down of statues, the president announced an executive order to create a new monument, which will reportedly honor some of America’s most prominent individuals.

A list of people they will include in the statue garden pic.twitter.com/8sue3fwG5p

The president’s speech was followed by a fireworks display to celebrate the nation’s independence.

The Red, White, and Blue pic.twitter.com/61iPxAY6G8