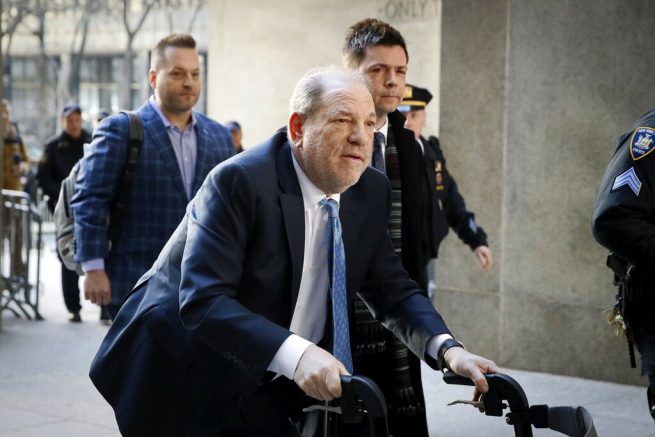 A group of women have reached a nearly $19 million settlement with disgraced film producer Harvey Weinstein over his rape conviction. On Tuesday, attorneys announced they will have a preliminary hearing this month to approve a victims fund, which will allow women who were abused by Weinstein to file for damages confidentially.

The women will also be released from nondisclosure agreements, but Weinstein will not have to admit to any wrongdoing or pay his accusers. According to the New York Attorney General’s Office, insurance companies for his former studios will be responsible for the payouts.

Attorneys have claimed this outcome was a victory for victims in the case.

“There will never be enough money to compensate survivors of Harvey Weinstein’s abuse, but what we do know today is that we secured justice for these women,” stated attorney Elizabeth Fegan.

However, the lawyers representing some of the victims have criticized the settlement because Weinstein will not be required to accept responsibility or pay with his own money.

The disgraced producer is currently serving a 23-year prison sentence after he was convicted of rape charges. He is still facing separate rape charges in Los Angeles.

An Indiana mom-of-three has shared an ingenious “snack hack” for coaxing kids cooped up at home—without nagging—to go easy on the snacks, whether during school closures or after classes. The hack has spread like wildfire […]

Demonstrators protest over the deaths of George Floyd and Breonna Taylor, Monday, June 1, 2020, in Louisville, Ky. Breonna Taylor, a black woman, was fatally shot by police in her home in March. (AP Photo/Darron […]

Aiden Leos,6, is pictured (left). (GoFundMe/Photo) OAN NewsroomUPDATED 10:30 AM PT – Monday, May 24, 2021 A 6-year-old boy, Aiden Leos, was shot during a road rage incident on a Southern California freeway. The shooting happened […]