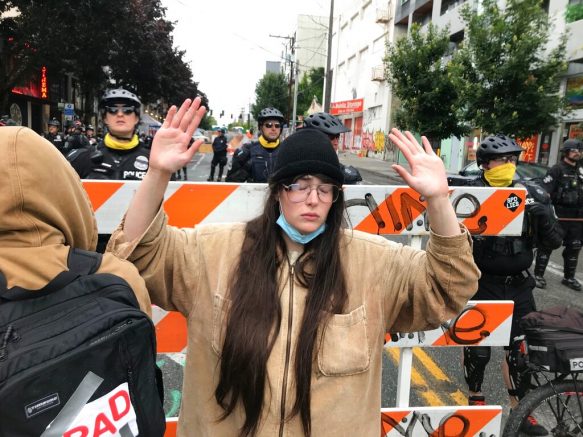 A protester stands with her hand up in front of a road blocked by Seattle police in the Capitol Hill Organized Protest zone early Wednesday, July 1, 2020. (AP Photo/Aron Ranen)

Seattle police arrested 31 people as they began clearing out the city’s former “autonomous zone” this week. Authorities moved into the “CHOP” zone after the mayor’s emergency order took effect early on Wednesday morning, which directed all residents to vacate the area.

In a statement, Seattle Police Chief Carmen Best said “the CHOP has become lawless and brutal.” Her remarks referenced the rise in violent crime in the area since protesters took over, including two fatal shootings. 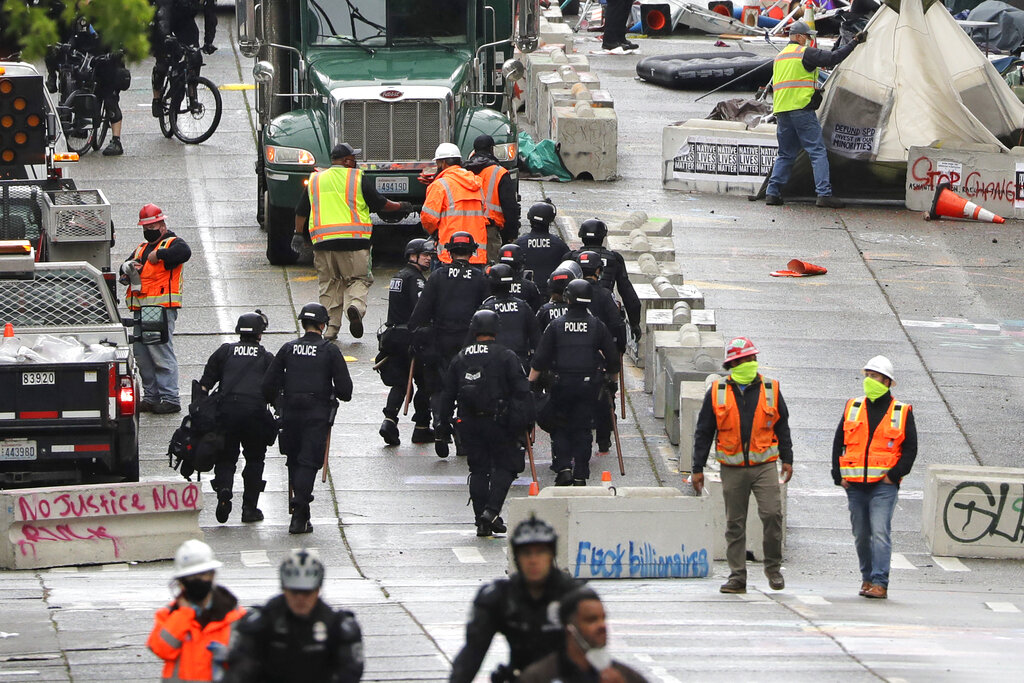 Police and city workers fill a street occupied hours earlier by an encampment of protesters Wednesday, July 1, 2020, in Seattle, where streets had been blocked off in an area demonstrators had occupied for weeks. (AP Photo/Elaine Thompson)

Some Seattle residents have voiced their support for Mayor Jenny Durkan’s order.

“People were in their tents and they were sleeping. I’ve seen them actually dragging people out of their tents and whatnot. It’s crazy to me, because people were actually being here peacefully. But obviously we understand why they (police) are here, because of the violence, so we knew it was coming. Mayor Jenny had to do something.” – Unnamed witness 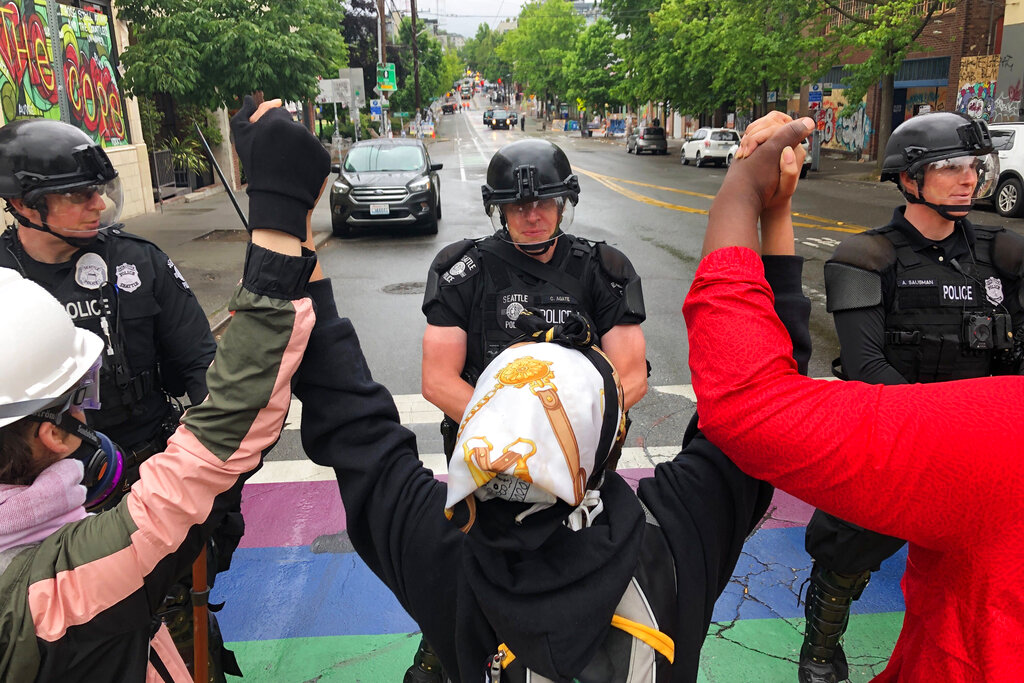 Protesters stand holding up their arms in front of a road blocked by police in the Capitol Hill Organized Protest zone early Wednesday, July 1, 2020, in Seattle. (AP Photo/Elaine Thompson)

The emergency order will remain in effect for 48 hours.

The city’s police chief has voiced her support for peaceful protests and the Black Lives Matter movement, but added “enough is enough.”