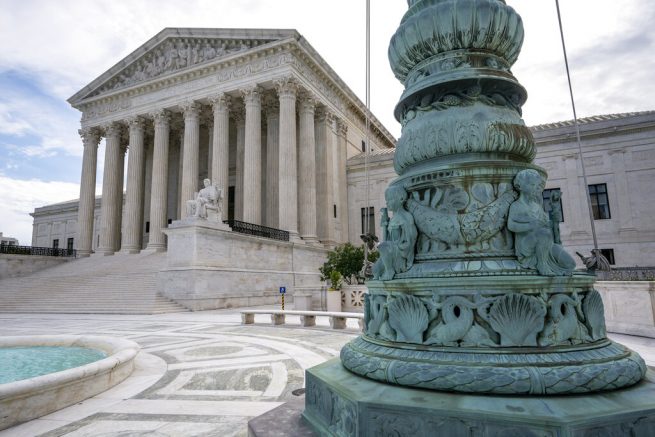 In a win for the Trump administration, the Supreme Court has ruled immigrants seeking asylum cannot appeal decisions made earlier in the process in federal court.

A 7-2 vote by the court Thursday decided those who fail their initial asylum screenings will not be able to call for a review of the decision before they are deported.

The court also ruled that habeas corpus, a legal procedure requiring the government to explain why someone is being held, will not be applied to asylum seekers.

The case was brought forward by a Sri Lankan man who illegally crossed the San Diego border in 2017. He could not provide credible evidence to agents he had been a victim of government persecution.

The man asked an immigration judge to review his asylum rejection, but the judge sided with border agents. He was told to return to Sri Lanka until the ACLU took on his case, which led the 9th Circuit Court of Appeals to side with the immigrant.

In the opinion on the Supreme Court’s decision, Justice Samuel Alito explained the man’s petition for “relief falls outside the scope of the common law, habeas writ.” He added the man “does not want ‘simple release,’ but ultimately the opportunity to remain lawfully in the United States.”

Justices Ruth Bader Ginsberg and Stephen Breyer joined the majority. However, they have said their support of the ruling only applied to this specific case.

The two justices who dissented, Sonia Sotomayor and Elena Kagan, argued that denying illegal immigrants the right to appeal asylum screenings “deprives of any means to ensure the integrity of an expedited removal order.”

The Trump administration has long criticized the asylum system for allowing loopholes in illegal immigration and have said most claims are invalid.