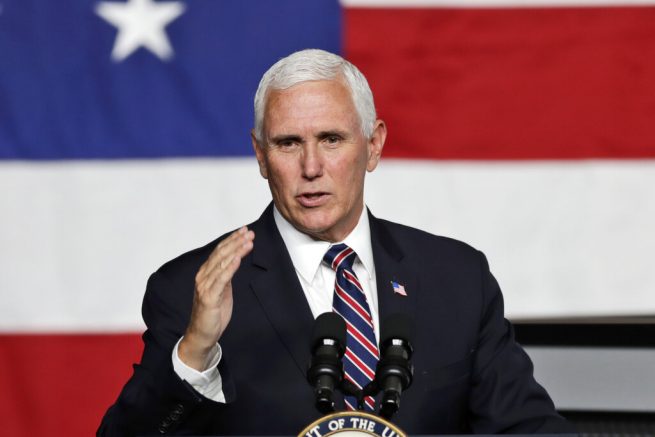 Vice President Mike Pence has stressed the Trump administration’s support for the police amid rampant attacks from the left. During a meeting with the Youngstown Police Department in Ohio, he said thousands of officers are risking their lives every day to keep Americans safe.

“We stand with the men and women of law enforcement,” stated the vice president. “We always will, I promise you.”

Proud to stand with the men & women of Law Enforcement & Community Leaders at the Youngstown Police Department today. We’re Not Going to Defund the Police, We’re going to improve public safety and continue to work to improve the lives of African Americans across this Nation. pic.twitter.com/G8w6QMQXtR

His remarks followed recent calls to abolish or defund police departments across the nation. Pence reiterated that American police are the best people in this country.

“There are some in the public debate who think we’ve got to choose between supporting law enforcement and supporting our African American neighbors,” he said. “What you’re doing here in Youngstown every day is showing you don’t have to make that choice.”

He went on to say the White House will not allow the defunding of law enforcement, but noted it will move to fund better police practices.

In this image from video, Rep. Madison Cawthorn, R-N.C., speaks as the House debates the objection to confirm the Electoral College vote from Pennsylvania, at the U.S. Capitol early Thursday, Jan. 7, 2021. (House Television […]