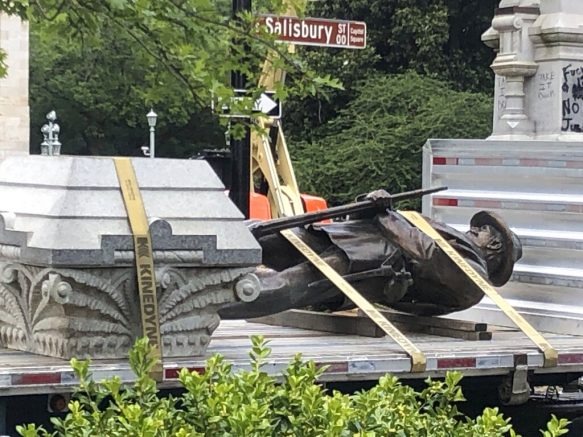 The statue of a Confederate soldier and plinth sit on a flatbed truck at the Old Capitol in Raleigh, N.C., on Sunday, June 21, 2020. After protesters pulled down two smaller statues on the same monument Friday, North Carolina Gov. Roy Cooper ordered the removal of several other monuments to the Confederacy, citing public safety concerns. (AP Photo/Allen G. Breed)

This came after Democrats called for a removal of statues honoring top confederate leaders. McEnany pointed out that anti-racism protesters appear to be confused over which statues they want taken down. 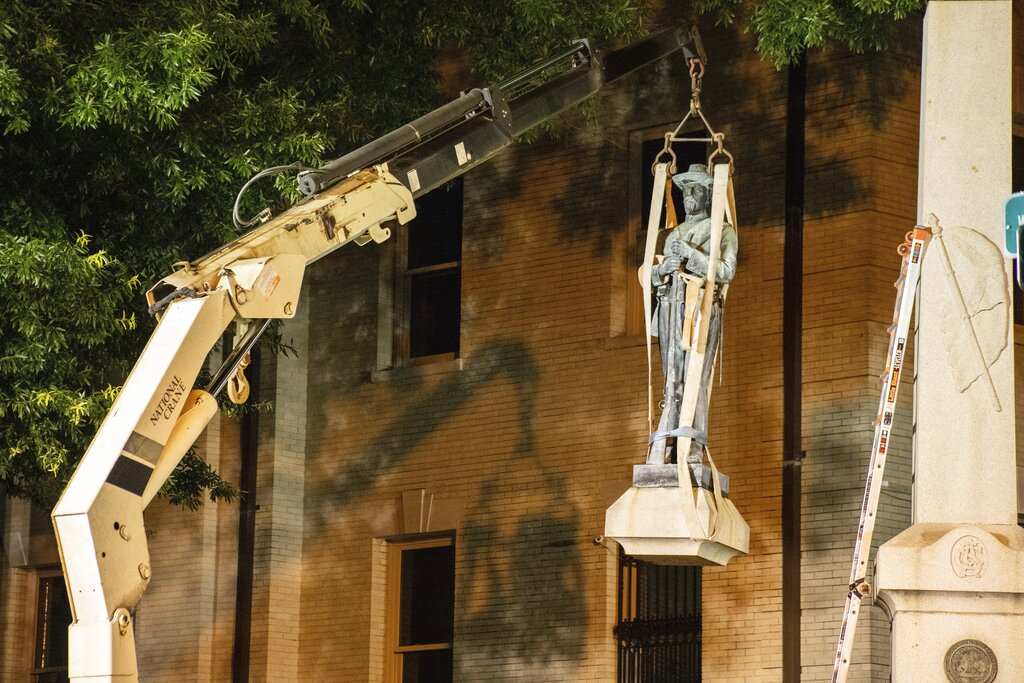 This photo shows the removal of a Confederate statue in Greenville, North Carolina, on Monday June 22, 2020. Part of the 27-foot monument to Confederate soldiers outside a courthouse in eastern North Carolina has been removed after local officials gave their approval last week. (AP Photo via Pitt County Public Information Office)

For his part, President Trump has denounced attempts to deface monuments and has called it a “disgrace.” He has went as far to authorize arrests for statue vandalism and cited Veteran’s Memorial Preservation Act as grounds for punishment.

…..This action is taken effective immediately, but may also be used retroactively for destruction or vandalism already caused. There will be no exceptions! 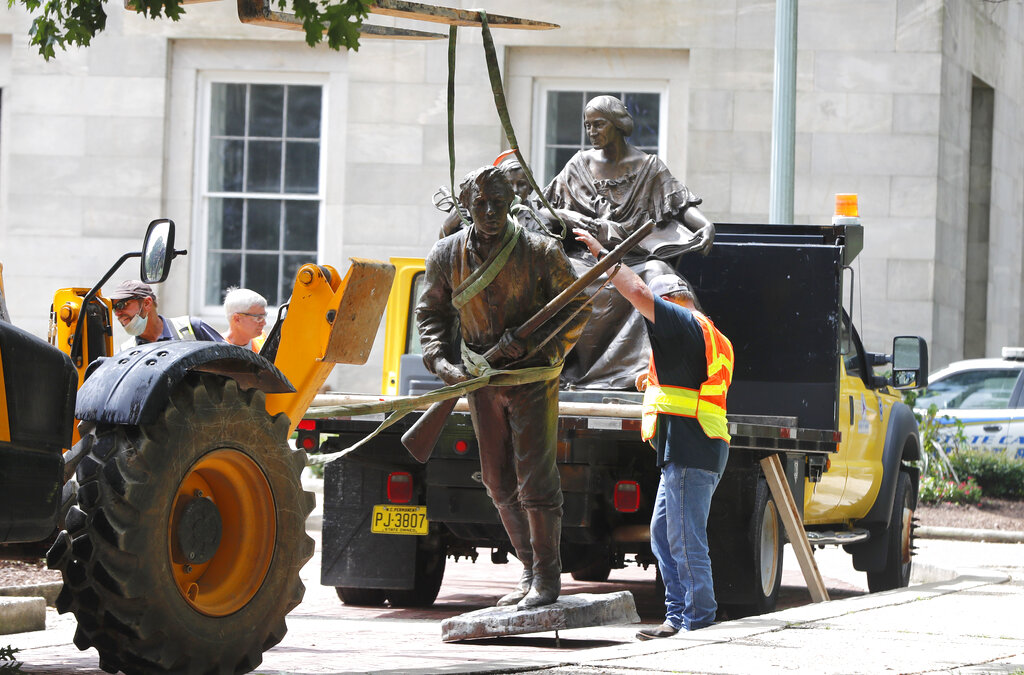 Crews add The Henry Wyatt Monument to a truck after removing them from the North Carolina State Capitol in Raleigh, N.C., Saturday, June 20, 2020. crews removed one statue dedicated to the women of the Confederacy, and another placed by the United Daughters of the Confederacy honoring Henry Wyatt, the first North Carolinian killed in battle in the Civil War. Both statues stood for over a century. It was not immediately clear who ordered the removals. (Ethan Hyman/The News & Observer via AP)

UPS honors driver who was killed after small plane crashed into delivery truck in Calif.

In a world where examples of “humanity” are few and far between, a kind act from a neighbor can go a long way. A Rhode Island mechanic changed the life of a disabled woman, making her […]