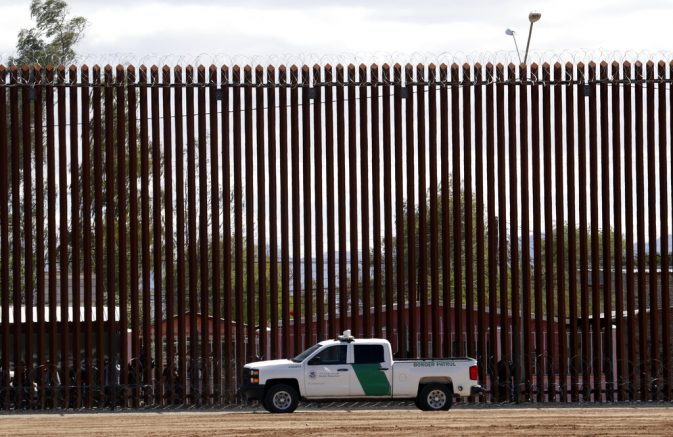 FILE – In this April 5, 2019, file photo, a U.S. Customs and Border Protection vehicle sits near the wall as President Donald Trump visits a new section of the border wall with Mexico in El Centro, Calif. (AP Photo/Jacquelyn Martin, File)

The Trump administration is extending visa restrictions on workers seeking to enter the U.S.

On Monday, the Department of Homeland Security (DHS) announced it will begin implementing a proclamation by President Trump, which the DHS has characterized as a bid to put American workers “first in line” for jobs amid unprecedentedly high levels of unemployment during the pandemic.

The proclamation instructed the DHS to take a two-part approach to this goal both by enforcing short-term restrictions on those outside the U.S. seeking workers’ permits and by engaging in a long-term reform of current immigration guidelines.

In the short term, the president has instructed the DHS to extend a suspension on the issuance of non-immigrant worker visas until December 31 with the possibility of a further extension after that date following further review. 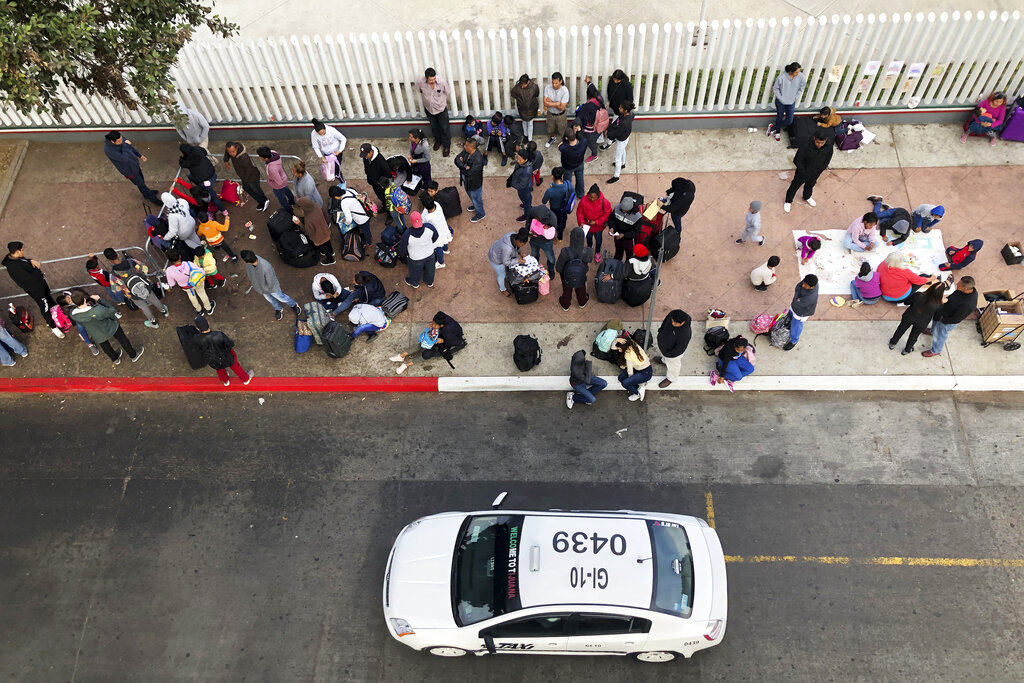 FILE – In this Nov. 10, 2019, file photo, migrants gather at the U.S.-Mexico border in Tijuana, Mexico, to hear names called from a waiting list to claim asylum in the U.S. The Trump administration has proposed sweeping restrictions on asylum, seeking to align a legal framework with the president’s efforts to limit immigration to the United States.(AP Photo/Elliot Spagat, File)

According to the administration, these measures are meant to stem the flow of immigrant labor likely to take up positions that could, instead, be filled by American workers currently unemployed due to pandemic shutdowns.

In the long-term, the administration is seeking a full review of the way work visas are awarded, while seeking a move toward a merit-based system prioritizing American workers over the recruitment of foreign labor.

“And we will elect a Republican Congress to create a safe, sane and lawful system of immigration that puts American workers first,” stated President Trump.

The ban on non-settler visas explicitly excludes those currently inside the U.S., those already holding visas as well as professions vital to national security and public health efforts against the pandemic such as doctors and nurses.

The new directive represents an expansion on measures enacted through executive order by President Trump in April, which contained a 60-day ban on the issuance of permanent resident cards also known as green cards.

That order has been partially credited by the administration with helping shore up the U.S economy… contributing to unprecedented job growth last month despite business closures enforced due to COVID-19.

“The transition to greatness has officially begun. Friday’s jobs report was encouraging to say the absolute least. The jobs in this country, we had more than 2.5 million added. The prediction was that 7.5 million jobs would be lost. This was a 10 million swing toward the positive side, and in fact the greatest number of jobs created in a single month on record.”

The administration has also moved ahead to limit illegal immigration by banning asylum seekers who cross the border illegally from obtaining work permits and also extending the waiting period for employment authorizations granted to asylum seekers to 365 days.

These measures, officials say, have been key in buttressing the economy while also curbing the spread of COVID-19. It has been a delicate balancing act that has required both minimizing border crossings and making sure traffic essential to America’s infrastructure can continue.

OAN Newsroom UPDATED 10:34 AM PT — Tuesday, May 12, 2020 Tesla CEO Elon Musk is being targeted on social media over its recent calls and legal action to reopen California’s economy. One America’s Kristian […]