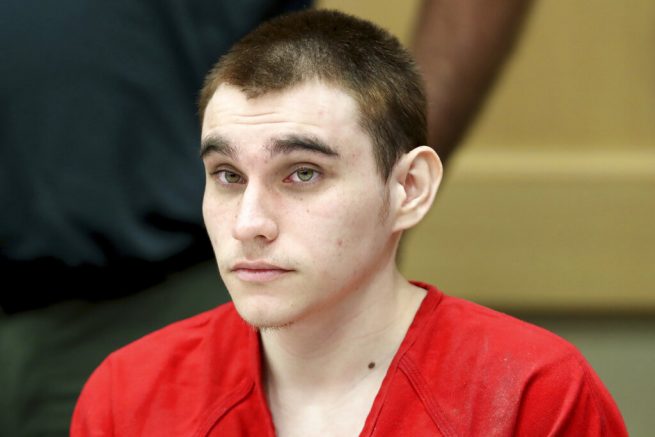 FILE – In this Dec. 10, 2019 Nikolas Cruz appears at a hearing in Fort Lauderdale Fla. The death penalty trial of Cruz, the man charged with killing 17 people at a Florida high school is off indefinitely because of restrictions related to the coronavirus. (Amy Beth Bennett/South Florida Sun-Sentinel via AP, Pool)

A Broward County, Florida circuit judge has postponed the death penalty trial of the confessed Parkland shooter indefinitely. Judge Elizabeth Scherer made the announcement during an online court hearing Monday due to ongoing COVID-19 restrictions.

The judge said the decision comes as it remains unclear when the Broward County courthouse will reopen to the public. The courthouse has been closed since mid-March to everyone except essential personnel.

Back in 2018, Nikolas Cruz opened fire at Marjory Stoneman Douglas High School on Valentines Day, which resulted in the killing of 17 people and the injury of 17 others. He now faces multiple charges of first-degree murder and attempted murder.

Despite the courthouse closure, the judge said a jury must still be selected for the trial.

“When we will be able to get a large group of people here for jury selection, I don’t know,” said Scherer. “Whether or not, we’re going to have to figure out some other way to select a jury in this case…I don’t think anyone knows at this point.”

However, parents of the victims are fed up with the delay.

“17 people died and it been two years, and its unacceptable that the shooter has not been tried yet,” said Lori Alhadeff, mother of a victim. “So using the coronavirus as an excuse, as a mother as a parent of losing my daughter Alyssa, I find it reprehensible.”

It’s not clear when the Broward County court house will reopen. The next virtual hearing is scheduled for August 25.

CHARLOTTE, N.C. – AUGUST 26: In this screenshot from the RNC’s livestream of the 2020 Republican National Convention, South Dakota Gov. Kristi Noem addresses the virtual convention on August 26, 2020. (Photo Courtesy of the […]

A smuggling boat capsizes off the coast of San Diego, causing a massive rescue effort. Three people were found dead and 27 were found injured. Senator Mitt Romney (R-Utah) was booed at his home state’s […]