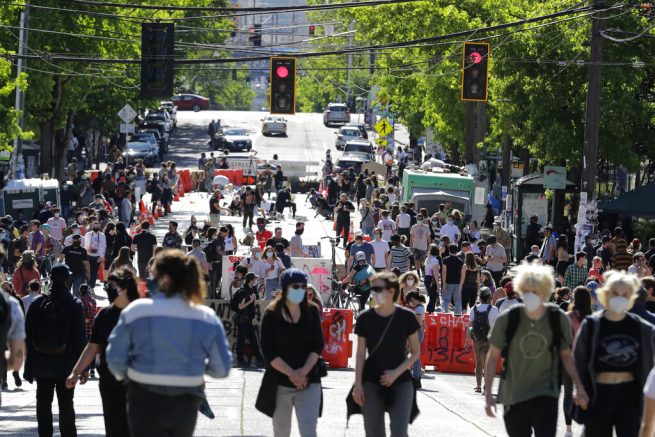 People walk past barricades on a street near Cal Anderson Park, Thursday, June 11, 2020, inside what is being called the “Capitol Hill Autonomous Zone” in Seattle. (AP Photo/Ted S. Warren)

Authorities in Washington state are reportedly set to take a stand against thousands of armed protesters, who have turned six blocks of Seattle’s Capitol Hill into an “autonomous zone.” On Friday, officials told reporters there are plans to take back “CHAZ,” an area formerly known as “12th and Pine.”

A group of officers was reportedly allowed back to the area earlier this week to “assess” the East Precinct building, which sits at the very center of the unrest.

This came shortly after President Trump threatened to take matters into his own hands. In a tweet to local government officials, including Seattle Mayor Jenny Durkan, the president said “take back your city now.”

Radical Left Governor @JayInslee and the Mayor of Seattle are being taunted and played at a level that our great Country has never seen before. Take back your city NOW. If you don’t do it, I will. This is not a game. These ugly Anarchists must be stopped IMMEDIATELY. MOVE FAST! 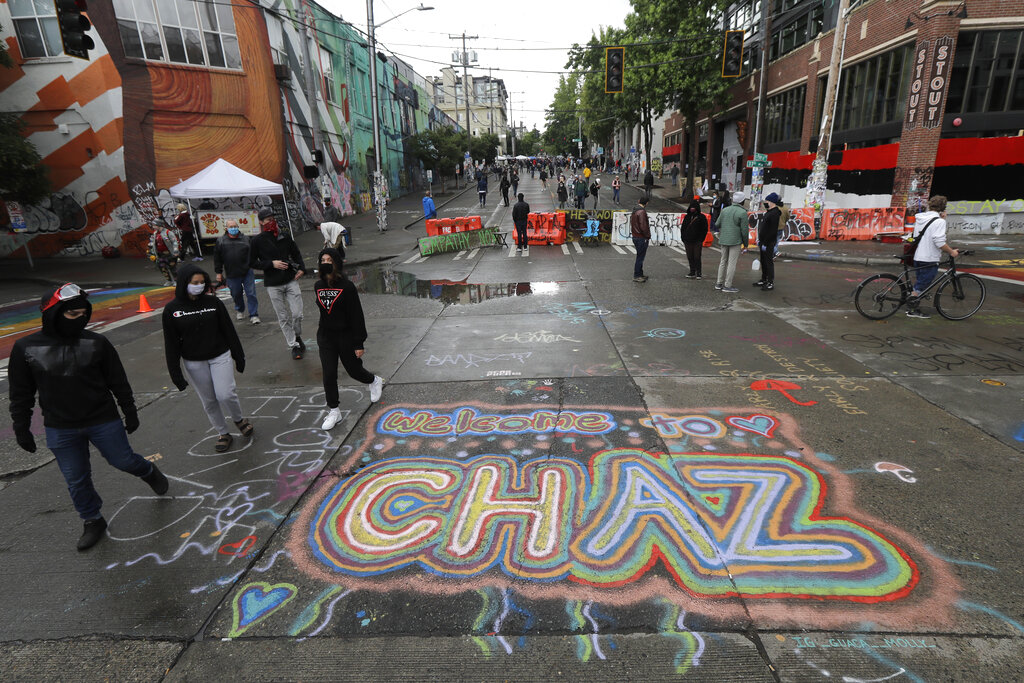 People walk past street art that reads “Welcome to CHAZ,” Thursday, June 11, 2020, inside what is being called the “Capitol Hill Autonomous Zone” in Seattle. (AP Photo/Ted S. Warren)

Following the establishment of “CHAZ,” Seattle collapsed into anarchy. Chief of Police Carmen Best recently admitted officers have been unable to respond to reports of rapes and robbery in the so-called Capitol Hill “autonomous zone.”

According to her, they’re getting calls about all kinds of “violent” acts. With their East Precinct occupied by anarchist mobs, response times to emergency calls have more than tripled.

The chief added many members of the newly annexed zone are members of “marginalized communities,” who must now wait longer for help to arrive if there’s a violent crime in progress.

“I asked you to stand on that line, day in and day out. To be pelted with projectiles, to be screamed at, threatened and in some cases hurt. Then to have a change of course nearly two weeks in. It seems like an insult to you and our community. Ultimately, the city had other plans for the building.” – Carmen Best, Seattle Chief of Police

There have also been reports of roaming bands of armed thugs, who are demanding extortion money from businesses in the area to remain in operation. They’re calling it “protection money.” 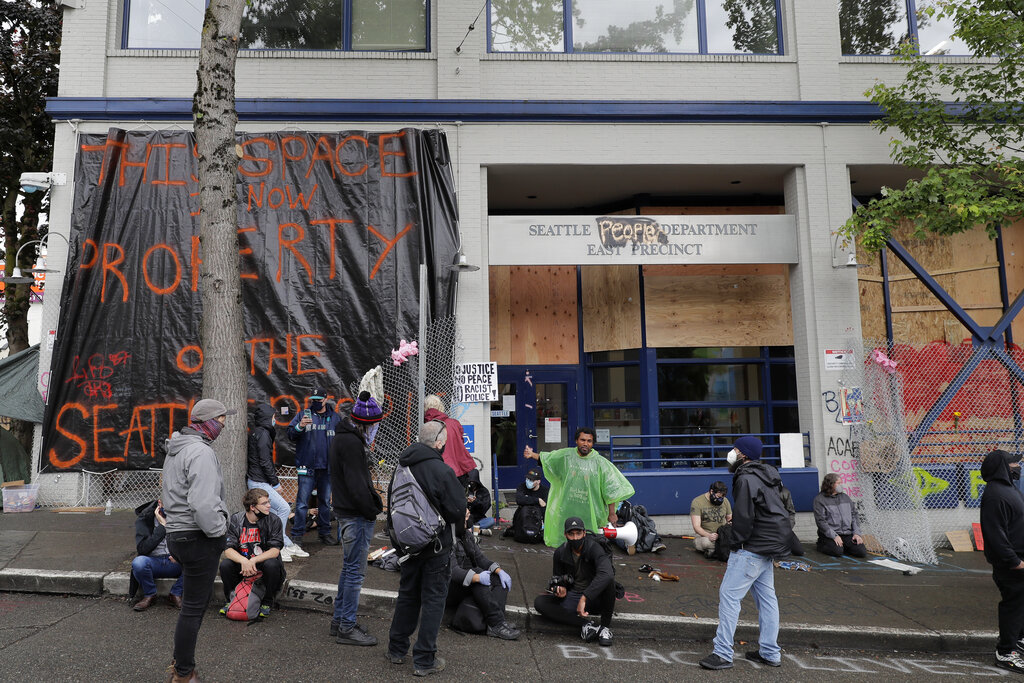 People sit in front of the Seattle Police Dept. East Precinct building, which has been boarded up and abandoned except for a few officers inside, Thursday, June 11, 2020, inside what is being called the “Capitol Hill Autonomous Zone” in Seattle. (AP Photo/Ted S. Warren)

As one of their first acts after annexing the new territory, the anarchists established a perimeter around the buildings and fortified it with barriers and armed guards. Those guards have been carefully checking the identities of everyone entering and leaving the area.

There have also been reports of “warlords” patrolling the zone and gangs of thugs enforcing the law by attacking anyone who doesn’t comply.

Yet, Mayor Durkan has taken the side of these violent insurrectionists, suggesting they could usher in a new “summer of love” across the city. Despite the area’s clearly visible armed guards, she claimed that no one was armed and dismissed the entire thing as more of a “block party.”

“It’s more like a block party atmosphere, it’s not an armed takeover,” she said. “There is no threat, right now, to the public.”

She added these militants aren’t “terrorists” and called them “patriots” instead.

Seattle is fine. Don’t be so afraid of democracy. https://t.co/o26PkJnYhA

Herschel Walker, GOP candidate for the U.S. Senate for Georgia, speaks at a primary watch party, Monday, May 23, 2022, at the Foundry restaurant in Athens, Ga., near the University of Georgia where he once […]