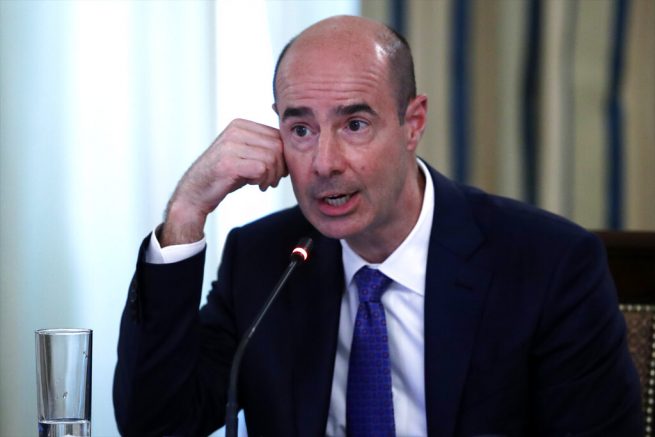 Labor Secretary Eugene Scalia speaks during a roundtable with industry executives about reopening country after the coronavirus closures, in the State Dining Room of the White House, Friday, May 29, 2020, in Washington. (AP Photo/Alex Brandon)

Labor Secretary Eugene Scalia is optimistic the nation’s unemployment rate will rapidly fall in the coming months. On Thursday, he predicted unemployment will fall below 10% by the end of the year.

Scalia stated he really believes that “as hard as this has been for American workers and their families, it was always meant to be temporary.” He suggested “many of these jobs will come back quickly because they should still be there.”

He confirmed “the number of people filing for claims has declined steadily over the last few weeks,” which he said was a “good sign.”

Meanwhile, a recent report found the majority of stimulus cash allocated by the CARES Act is running out. According to the report, 70% of the roughly 1.6 trillion in direct aid provided by the bill has been distributed.

The legislation, which was the largest stimulus bill in U.S. history, was passed in response to the coronavirus in March. 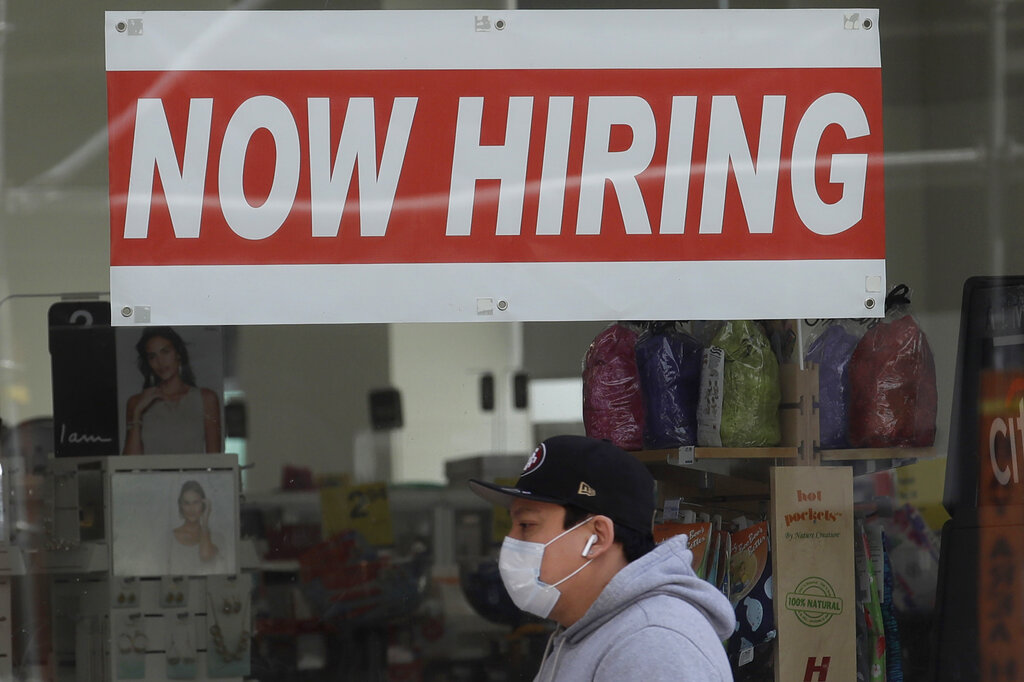 FILE – This May 7, 2020, file photo shows a man wearing a mask while walking under a Now Hiring sign at a CVS Pharmacy during the coronavirus outbreak in San Francisco. (AP Photo/Jeff Chiu, File)

Many Republican lawmakers have called to hold off on passing a possible fifth package until the impact of previous legislation has been assessed.

OAN NewsroomUPDATED 12:00 PM PT – Sunday, April 24, 2022 The House moved forward to vote on other bills, including a measure that would strip Disney of its self-governing status in the Sunshine State and […]