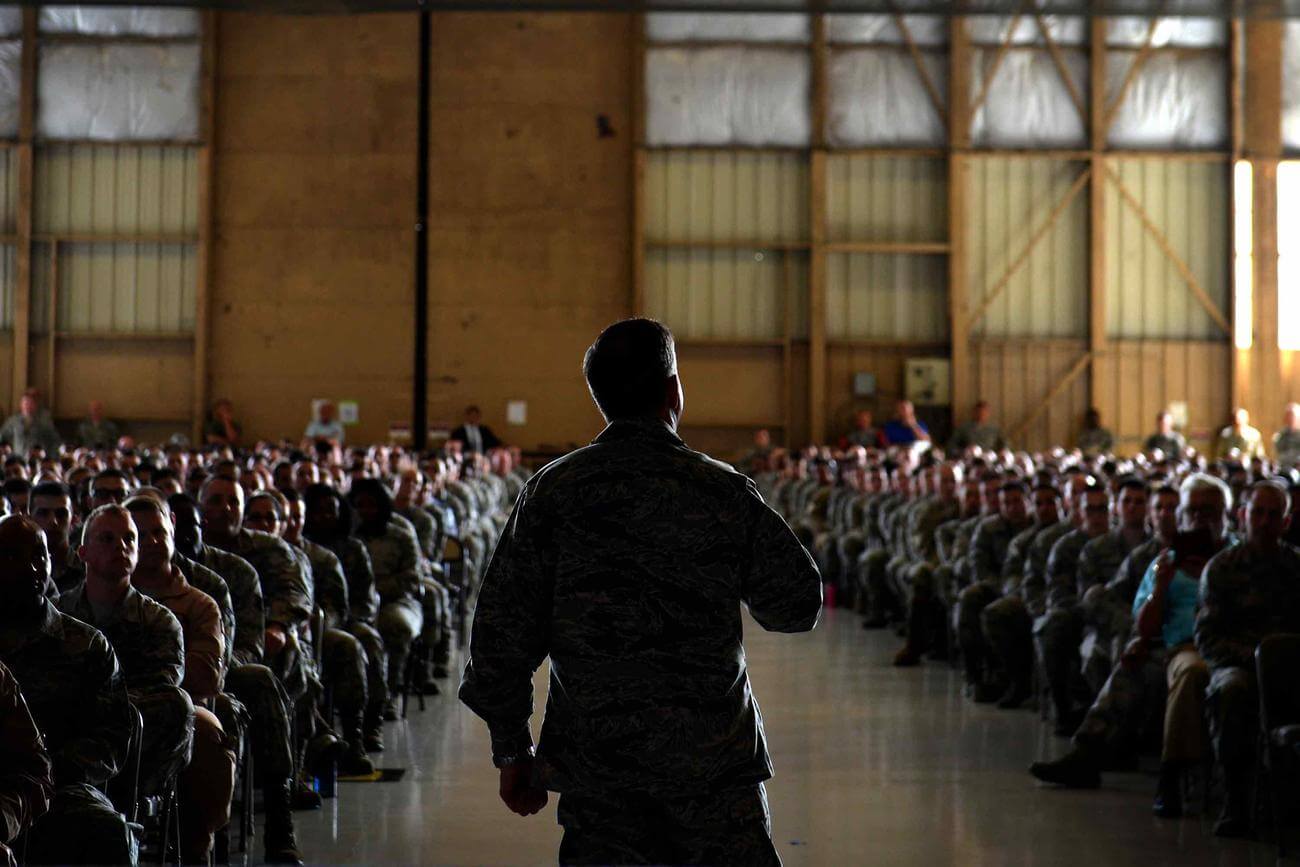 This article by David Roza originally appeared on Task & Purpose, a digital news and culture publication dedicated to military and veterans issues.

Chief of Staff of the Air Force Gen. David Goldfein addressed the violent protests that have roiled the United States as he laid out a plan to tackle racism in his service on Tuesday, a plan that includes an Inspector General review of the Air Force legal system.

The plan came the day after Chief Master Sergeant of the Air Force Kaleth Wright shared a powerful essay about his struggle against racism both in and out of uniform amid the nationwide protests the followed the killing of George Floyd, an unarmed black man, in Minneapolis last week.

“Every American should be outraged that the conduct exhibited by police in Minneapolis can still happen in 2020,” Goldfein wrote on Tuesday. “We all wish it were not possible for racism to occur in America … but it does, and we are at a moment where we must confront what is.”

Goldfein detailed his plan to address racism in the service in an email first posted on the popular Facebook page Air Force amn/nco/snco. An Air Force official confirmed that the email had been sent to all wing commanders and above, with a directive to “ensure wide distribution of this message,” the email read.

Both Goldfein and Wright’s messages to the service came just a week after the Air Force was blasted for covering up reports of racial disparities in its own justice system.

In his message, Goldfein owned up to those racial disparities, which were first reported by the advocacy group Protect Our Defenders. The report cited Air Force conclusions that black airmen at the E-2 level receive discipline at double the rate of other demographics.

“[W]hat happens on America’s streets is also resident in our Air Force,” Goldfein wrote. “Sometimes it’s explicit, sometimes it’s subtle, but we are not immune to the spectrum of racial prejudice, systemic discrimination, and unconscious bias. We see this in the apparent inequity in our application of military justice.

“We will not shy away from this,” he added. “As leaders and as Airmen, we will own our part and confront it head on.”

Goldfein urged airmen to start by reading Wright’s essay, and to follow its advice of listening to the perspectives and life stories of their fellow airmen.

“Discussing our different life experiences and viewpoints can be tough, uncomfortable, and therefore often avoided,” he wrote. “But we have been presented a crisis. We can no longer walk by this problem … It is time for every one of us to strive for understanding and a culture of inclusiveness and belonging across our Air Force.”

Goldfein and Wright will host the Facebook town hall at this link, starting at 5:00 p.m. EST on Wednesday, on the subject. The town hall is expected to last two hours.