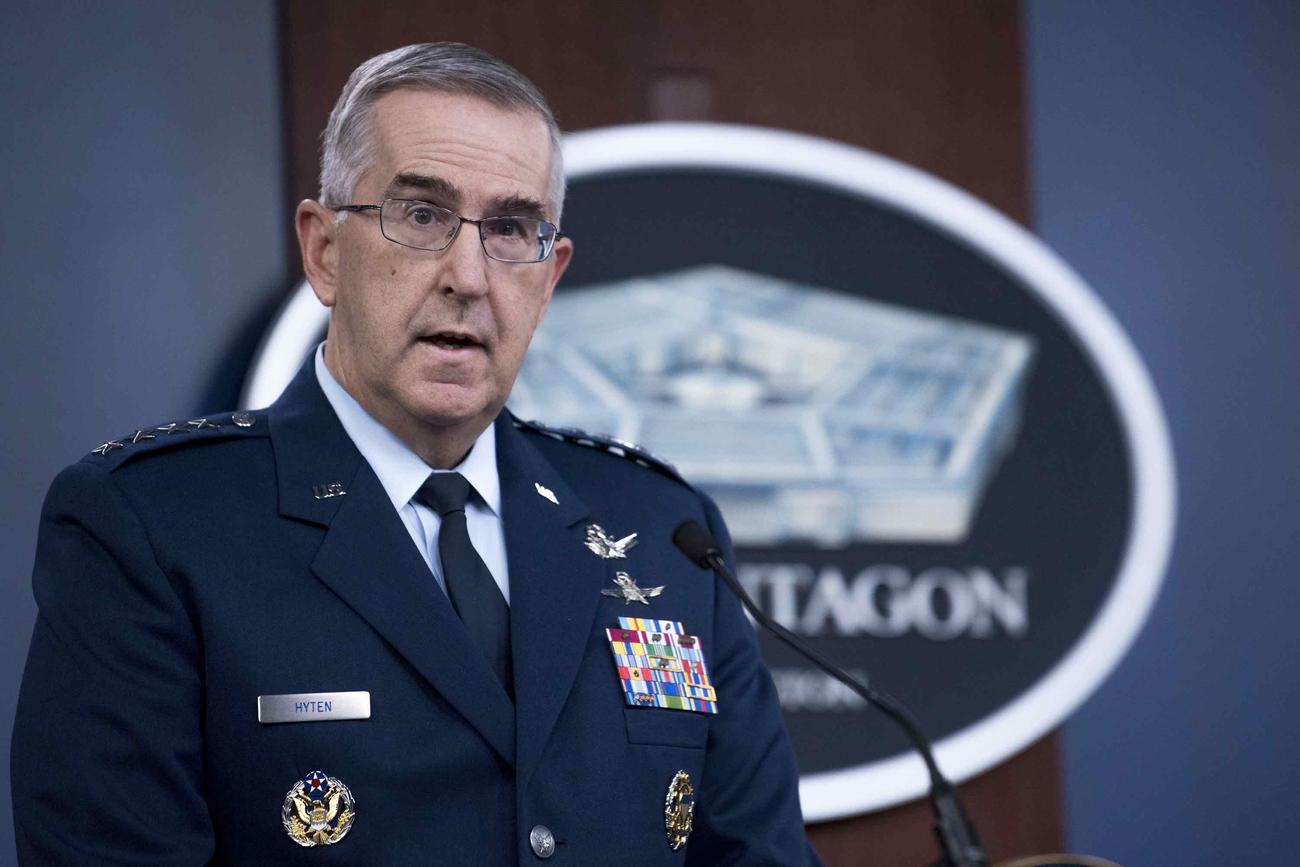 Upbeat assessments by Air Force Gen. John Hyten on how the military will get past the COVID-19 crisis and adapt to a “new normal” were challenged Thursday in a forum on the future of the force.

“We’re ready for every threat we potentially could face today in the world,” said Hyten, vice chairman of the Joint Chiefs of Staff. He added that the virus’ impact on the military has not been “nearly as significant” as it has been on the rest of the nation.

The pandemic can serve as an example of “how we have to move and do business different ways,” he said, claiming that the crisis is similar to others the U.S. has come through in the past.

“This is just a traumatic event, like 9/11 was,” or the Gulf War, the Cold War, Vietnam and Korea, Hyten said in the virtual panel discussion, which was sponsored by Blue Star Families.

“This is another challenge that is put in front of us, and our job is to figure out how to get through it” under the current national defense strategy focused on countering Russia and China, Hyten said.

Hyten’s views were in sharp contrast with those of others on the panel, who predicted major upheaval for the force, downward spirals in budgets, and fundamental shifts in strategy and tactics.

“I might take issue a little bit with Gen. Hyten’s view that we’ve gone through these before,” said retired Army Lt. Gen. David Barno, the former commander of U.S. and coalition forces in Afghanistan.

“This is a crisis and a disruptive event of the size and scope that hasn’t happened in my lifetime,” Barno said, pointing to a cratering of the economy rivaling that of the Great Depression and a death toll not seen since World War II.

As a result, the defense budget “is going to face some severe pressure in the face of those huge deficits the U.S. is going to run this year, next year and into the future,” he said.

In addition, cyber and space domains will have “much higher priorities” in the Defense Department’s thinking going forward, and the traditional dominance of the roles of air, land and sea power will be diminished, Barno said.

The nation’s entire defense strategy is based on forward-deployed forces, but that will now be called into question, he added.

COVID-19 has demonstrated that threats “can leap over those forward defenses,” said Barno, now with the Johns Hopkins School of Advanced International Studies. “That’s going to change how we think about defense of the nation and how we prioritize our defense.”

Nora Bensahel, a scholar in residence at Johns Hopkins, predicted “two tremendous impacts” on the military from COVID-19 and the nation’s response to its aftermath.

The first major change will be in how Americans view national security, something that “has already changed very dramatically,” Bensahel said.

Internal threats will increasingly replace external threats as the main concern and will be seen by Americans as “more important to their day-to-day lives than potential threats from places like China and Russia and other places that are far away,” she said.

“Lots of Americans are going to see the Defense Department as nowhere near as relevant to their new definitions of personal security going forward, and that’s going to be a big transformative change,” Bensahel said.

The second major change will come in the way of shrinking defense budgets, she said.

“This economic crisis is also going to cause a great deal of budgetary constraints overall,” Bensahel said. “[The] defense budget is going to shrink substantially in the years to come.”

Related: SecDef ‘Absolutely Confident’ US Will Have a COVID-19 Vaccine by Year’s End

Amid Pandemic, Pompeo to Visit Israel for Annexation Talks

WASHINGTON (AP) — Secretary of State Mike Pompeo will travel to Israel next week for a brief visit amid the coronavirus pandemic and lockdown, a trip that’s expected to focus on Prime Minister Benjamin Netanyahu’s […]