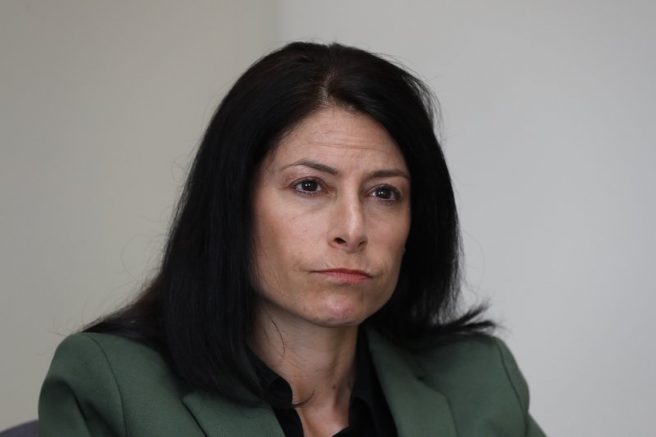 In this June 4, 2019, photo, Dana Nessel, Attorney General of Michigan, listens to a question from reporters in Detroit. (AP Photo/Paul Sancya)

Michigan’s attorney general said President Trump must wear a mask and if he doesn’t then he must stay out of enclosed facilities upon his visit to the Ford plant.

On Thursday, attorney general Dana Nessel said barring the president from returning if he chooses not to comply is justified because of Michigan’s recently passed law that requires one to wear a face mask at all times.

Ahead of President Trump’s planned visit to tour a Ford Motor Company plant, @MIAttyGen @dananessel has sent an open letter asking that he respect the hard work and safety of our automakers by wearing a face covering during his visit. ➡️https://t.co/UfjfGN01tj pic.twitter.com/FhCtqYp8wN

This came after Nessel sent an open letter to the president Wednesday outlining that he must cooperate with Gov. Whitmer’s rules.

“If he doesn’t wear a mask, he’s going to be asked not to return to any enclosed facilities inside the state,” Nessel stated. “I know that Ford has asked him to do the same thing, but if we know he’s coming to our state and not followIing the law, we will have to take action against any company or any facility that allows him inside those facilities that puts those workers at risk.”

President Trump said Wednesday he has not yet considered wearing a mask, but it may depend on where he is within the facility.