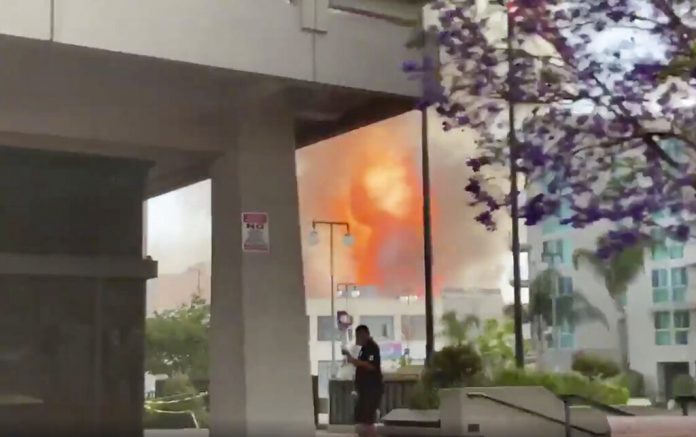 In this screen grab from video provided by Sean Miura, flames from an explosion are seen Saturday, May 16, 2020, in Los Angeles. (Sean Miura via AP)

At least 11 firefighters were injured, four critically. All have been sent to the hospital, where they’re expected to survive.

At least 230 firefighters responded to the scene before it was extinguished. Witnesses explained they felt the explosion from nearby.

“It was a big jolt when it exploded,” stated one witness. “I thought it was, like, an earthquake, it was huge.”

A large explosion at a commercial building in downtown #LosAngeles,There are 2 air ambulances and 23 ground ambulances assigned to call. Multiple explosions still being reported. pic.twitter.com/fplBNWx2cZ

Locals even reported metal debris falling out after the incident.

Authorities believe the fire started at a hash oil supplier facility, which has a significant amount of highly flammable butane. 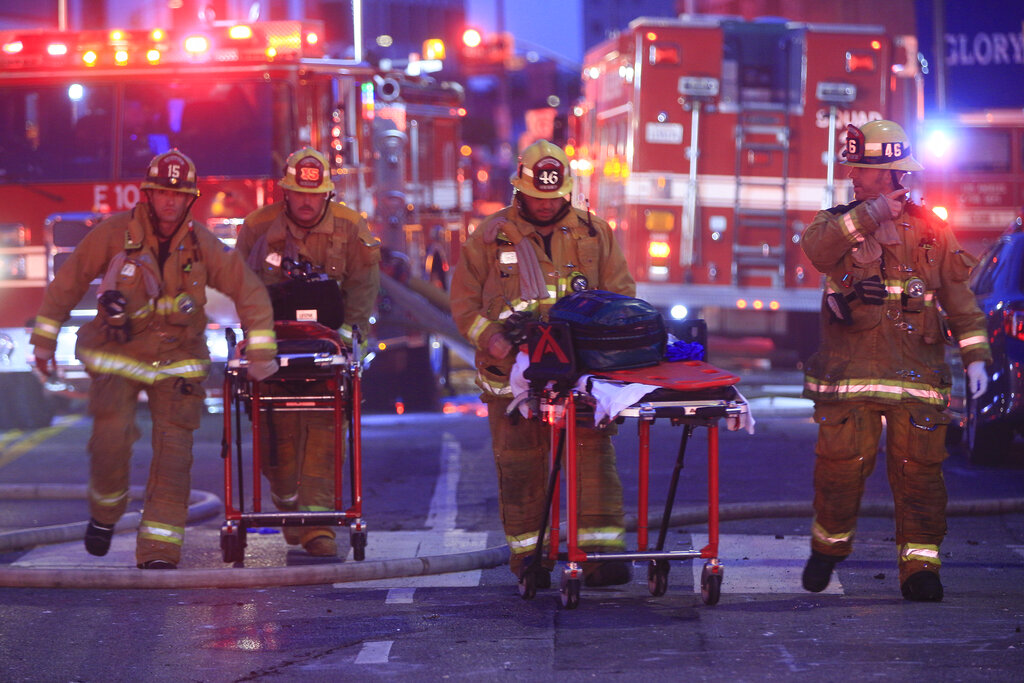 Los Angeles Fire Department firefighters push ambulance cots at the scene of a structure fire that injured multiple firefighters, according to a fire department spokesman, Saturday, May 16, 2020, in Los Angeles. (AP Photo/Damian Dovarganes)