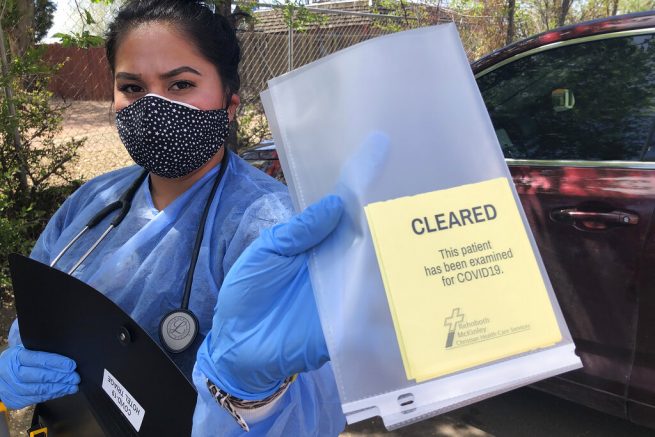 Certified Medical Assistant Shaniya Wood displays a certification card that homeless residents can use to show they are free of the coronavirus to gain access to shelters and other services, Thursday, May 7, 2020 in Gallup, N.M. (AP Photo/Morgan Lee)

States across the U.S. are making progress in the fight against COVID-19 as their ability to test residents increases.

According to a recent study, more than 30 states have seen a decreasing rate of new cases and lower positive test results overall, which are two key criteria for states to reopen.

Analysts have credited these positive numbers to states’ increasing ability to test residents.

“As you all know, the health data we’re watching includes positive tests, hospitalization rates, ICU capacity and, of course, fatalities,” explained Massachusetts Governor Charlie Baker. “Yesterday’s numbers are evidence that, despite some signs of trending in the right direction, we still have a lot of work to do.” 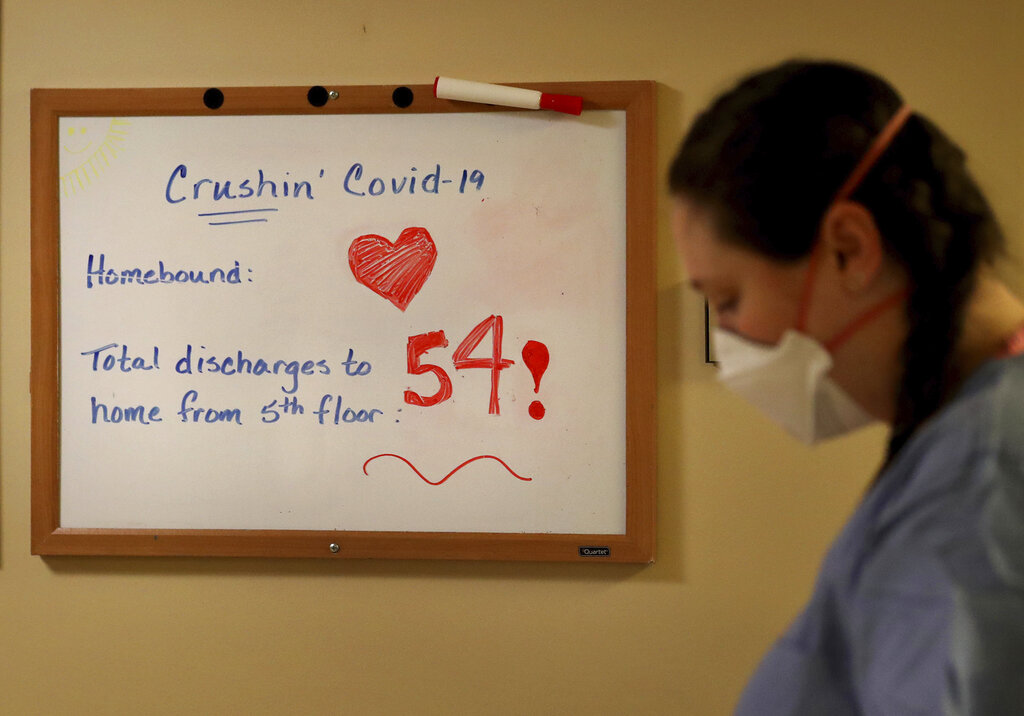 The number of COVID-19 patients recovered and discharged is tracked on a whiteboard on the fifth floor of Bethesda Hospital on Thursday, May 7, 2020, in St. Paul, Minn. (David Joles/Star Tribune via AP)

Several East Coast states are at the top of the chart. New Jersey is leading the pack with a 43 percent decrease in new cases and an 83 percent decrease in positive test rates. Experts believe this is a good sign in the pandemic, as these areas were among the hardest hit in the country.

This has worried health officials, because some southern states have already proposed reopening measures.

“I’ve seen everyone trying to do what they can, but no real effort, no real structural changes that would potentially protect these people in the future,” stated Dr. Michael Mina. “My concern is that we’ll end up right back where we have been.” 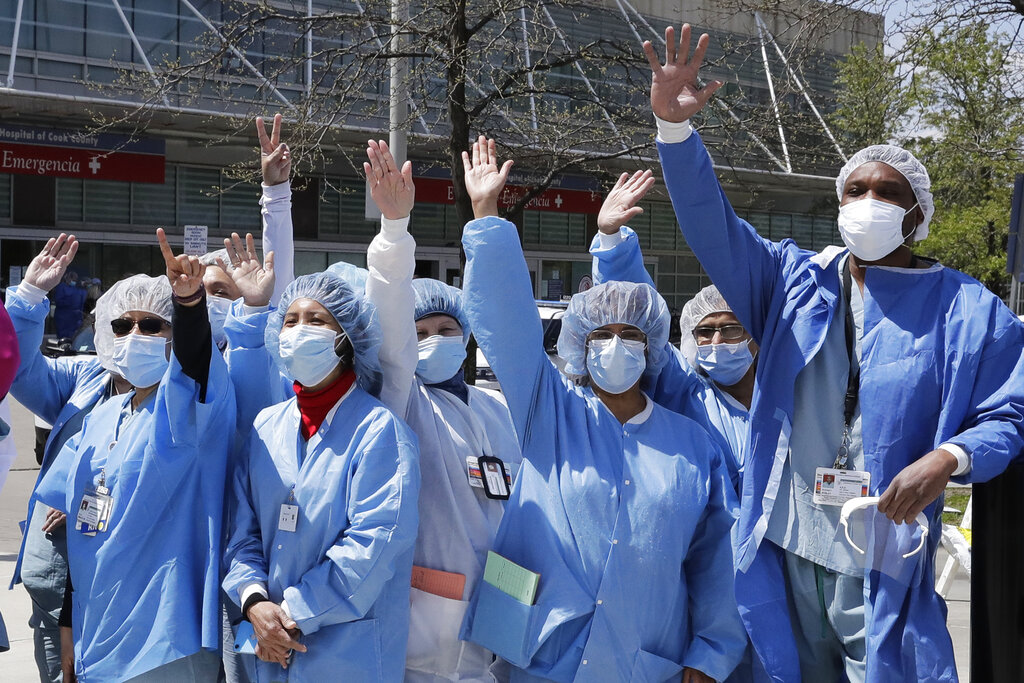 Analysts have urged residents to be patient, as the numbers give a snapshot to actual progress and are subject to change. They have encouraged states to continue to bolster their testing programs and social distancing practices, which they suggested has contributed to positive progress.

According to the latest data from Johns Hopkins University, there are more than 1.1 million active cases of COVID-19 in the United States. As of Sunday, over 88,000 people have died, while more than 268,000 have recovered.

This comes as many states begin to slowly reopen businesses and ramp up testing. So far, more than 10 million tests have been administered.

Special Presidential Envoy for Climate John Kerry listens as Joe Biden speaks about climate change issues in the State Dining Room of the White House on January 27, 2021 in Washington, DC. […]

Los Angeles Lakers legend Kobe Bryant was inducted posthumously to the Naismith Memorial Basketball Hall of Fame on Saturday, as the class of 2020 was enshrined after months of delay due to the COVID-19 pandemic. […]