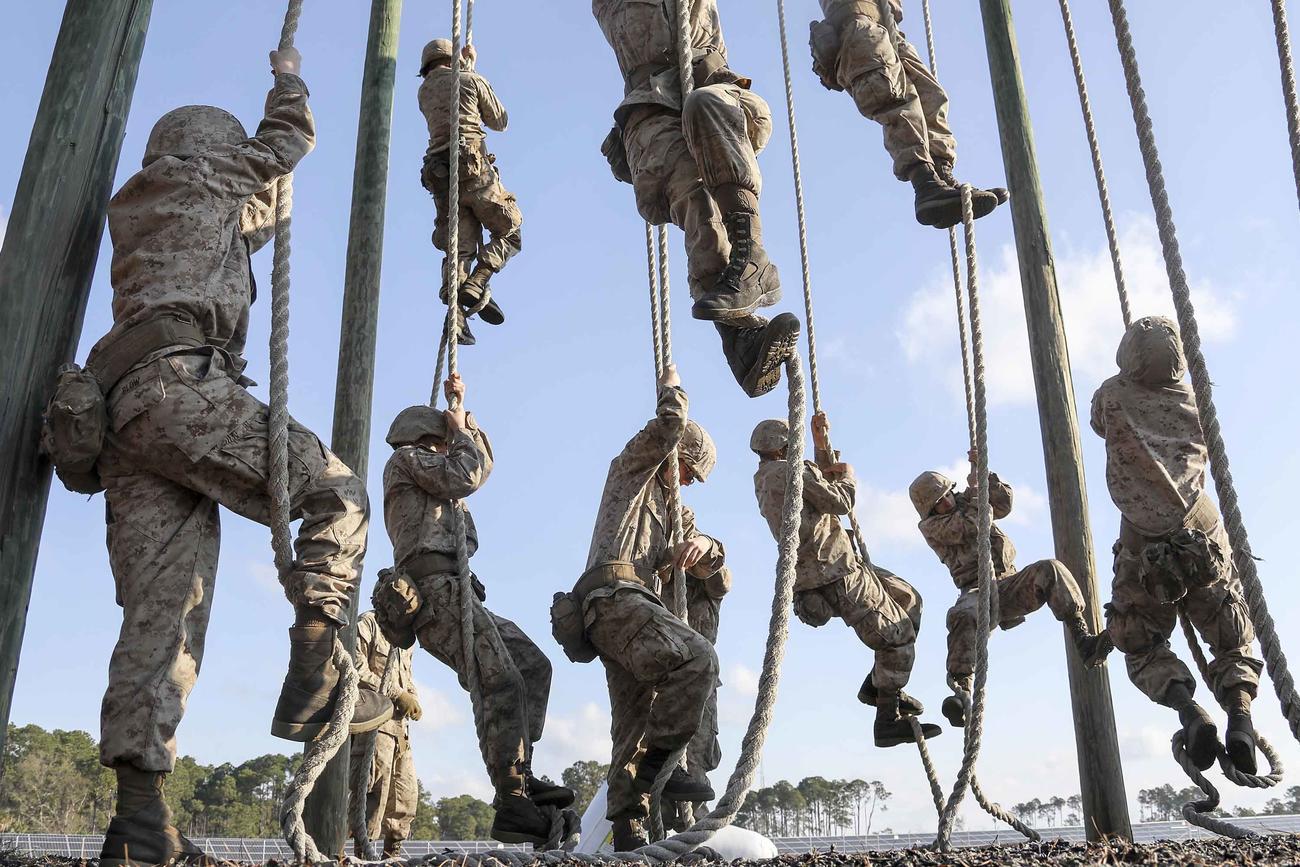 Heatstroke and heat exhaustion pose a “persistent threat” to the U.S. military, even as cases of heat-related illnesses appeared to decline among troops in 2019, according to a new Defense Health Agency report.

Given the sharp rise of heat-related illnesses among service members between 2008 and 2018, including at least 17 deaths, the drop in 2019 appears to show that the military services are successfully addressing the threat of heat-related illnesses, with new initiatives designed to ensure the safety of personnel training in locations with high temperatures and humidity.

Related: Cases of Heat-Related Illnesses on the Rise, Especially Among Marines

But pointing to significant limitations in their data, such as a change in the way the services report heat-related illnesses and the absence of data from seven military health facilities now using the Defense Department’s new electronic health record system, the researchers warned that “heat illnesses are a significant and persistent threat to both the health of U.S. military members and effectiveness of military operations.”

“Commanders, small-unit leaders, training cadre, and supporting medical personnel — particularly at recruit training centers and installations with large combat troop populations — must ensure that the military members whom they supervise and support are informed regarding the risks, preventive countermeasures … early signs and symptoms, and first-responder actions related to heat illnesses,” they wrote.

According to the report in April’s Medical Surveillance Monthly Report from the DHA’s Armed Forces Health Surveillance Branch, there were no recorded deaths due to heat among U.S. service members in 2019.

Rates for heatstroke and heat exhaustion were highest for the Army and Marine Corps — 10 times the rate of the Air Force and Navy, in the case of heat stroke — and they also were highest among recruits and those in combat-arms specialties such as infantry, artillery, combat engineering and armor.

Not surprisingly, installations with the highest number of cases were in states with muggy, high temperatures much of the year and high numbers of “black flag” days, including Fort Benning, Georgia; Fort Bragg, Camp Lejeune and Cherry Point, North Carolina; Fort Campbell, Kentucky; and Fort Polk, Louisiana. Black flag days are those when the temperature, humidity and other combined factors exceed 90 degrees Fahrenheit or higher.

There were 72 cases of heat-related illnesses in Iraq or Afghanistan in 2019, including one of heatstroke and 71 of heat exhaustion — seven more total heat-related cases than the previous year and second only in the past five years to 2016, when there were 75 cases.

Tracking another heat-related condition, exertional rhabdomyolysis, DHA researchers found that reported cases also declined in 2019. Across the services, there were 512 cases of exertional rhabdomyolysis in 2019. The condition, which can occur during strenuous activity without adequate hydration, causing a breakdown of muscles and possibly kidney failure, occurred most often among recruits and Marines, with more than half the cases in the last five years occurring at Marine Corps Recruit Depot Parris Island, South Carolina.

Following a number of tragic heat-related deaths in the past decade among U.S. troops — fatalities largely considered by the medical community to be preventable — the services have launched initiatives to focus on heat-related illnesses.

Service members receive training on warning signs of illness, including instruction on how much water to drink depending on activity and adjusting workout schedules to avoid dangerous levels of heat and humidity.

The Army held its first “heat forum” in 2017 and created the Warrior Heat and Exertion-Related Event Collaborative and Fort Benning Heat Center in 2019, while the Marine Corps launched a “heat and cold stress injury prevention program” in 2015.

Yet despite these measures, thousands of service members continue to be sidelined each year by heat-related illnesses and injuries. Officials say that, given the demands of military training and operations, it’s to be expected but can be mitigated.

“It is an unrealistic goal to prevent all exertional heat injuries in the military. To be prepared to fight anywhere, the warfighter must be trained in a range of conditions, including hot environments,” wrote Army Maj. David DeGroot with Martin Army Community Hospital at Fort Benning, and retired Army Col. Francis O’Connor, a physician with the Uniformed Services University of Health Sciences.

“The [Army centers] are ideally positioned to support efforts to reduce the severity as much as possible and to eliminate all heat-related deaths in the military,” they wrote.

Read More: US Officials Warn of Climate Risk as Trump Dismisses It

CAPE CANAVERAL, Fla. (AP) — The first astronauts launched by SpaceX are breaking new ground for style with hip spacesuits, gull-wing Teslas and a sleek rocketship — all of it white with black trim. The […]

MARINE CORPS AIR STATION IWAKUNI, Japan — The commander in charge of Sasebo Naval Base in southwestern Japan began a recent Q&A session on Facebook Live with a sweeping update of the coronavirus pandemic. Capt. […]

For more than a year, a giant American flag has stood in the middle of a 22-acre plot of land on U.S. 31, across the road from Grissom Air Reserve Base. That property was purchased […]