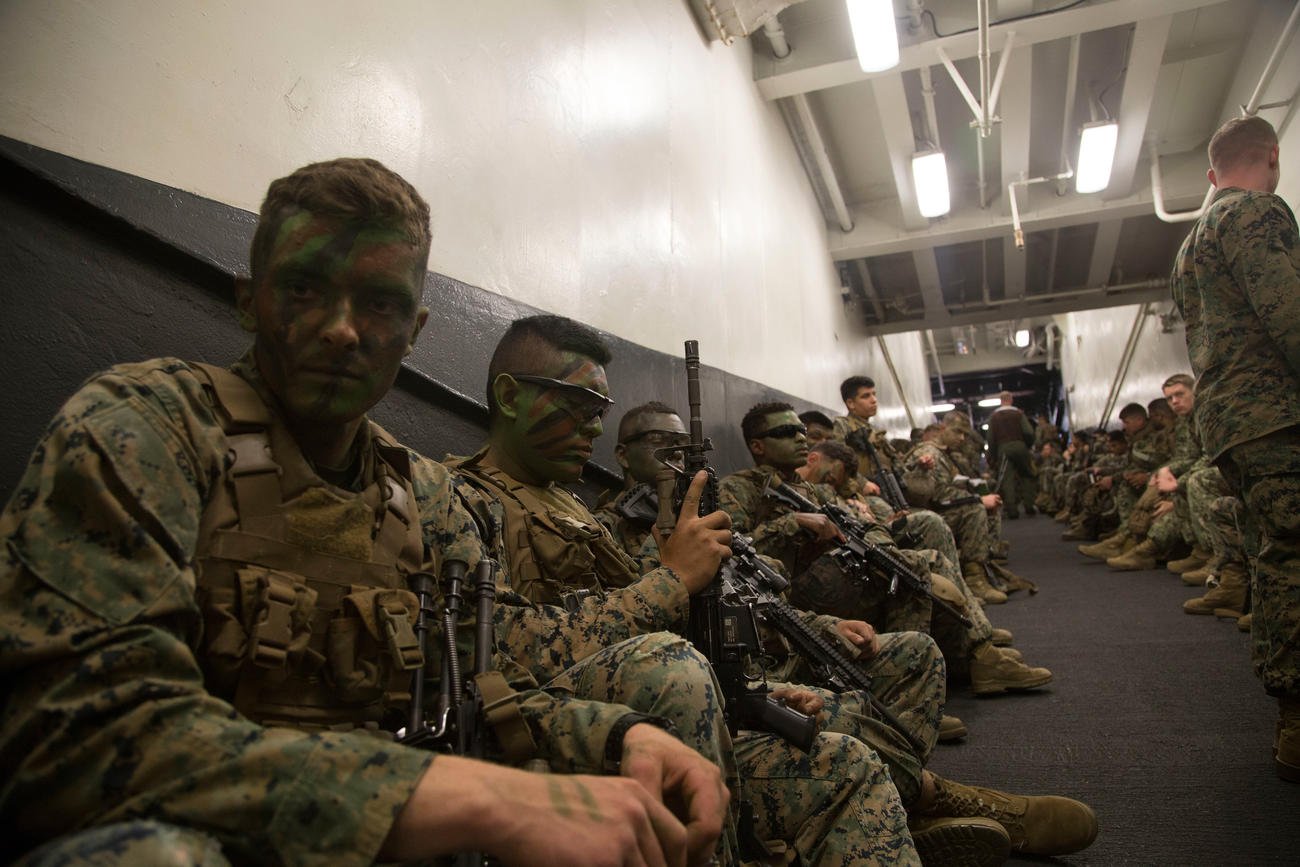 A new “Marine Littoral Regiment” coming to Hawaii–the first of its kind in the Marine Corps–represents a major shift for the service in the “great power ” competition playing out in the Western Pacific and preparation for a high-tech missile war in the region.

Instead of training for low-tech counterinsurgency missions in Afghanistan and Iraq, which defined the Corps for nearly two decades, littoral, or nearshore, Marines will become specialists in ship-to-shore capabilities in austere conditions to, among other things, sink ships at sea using missiles fired from unmanned vehicles that look like bulked-up Humvees.

The unmanned vehicles will operate inside the range of extremely capable enemy missiles fired back at them while trying to move about quickly to avoid being targeted.

Additional Marine Littoral Regiments may be based in Japan and Guam, but the first Hawaii-based unit is expected to have 1, 800 to 2, 000 Marines carved out mainly from units already here, including one of three infantry battalions at Kaneohe Bay, according to Maj. Joshua Benson, a spokesman for Marine Corps Combat Development Command.

As an exception, most of the companies and firing batteries that will make up a littoral anti-air battalion will come from units not currently stationed in Hawaii, Benson said in an email.

The new Hawaii unit is part of sweeping changes the Marine Corps wants to make over the next decade as it reorganizes its forces to deter war with either China or Russia, but win if it comes to that.

The naval expeditionary force wants to shrink its numbers by 12,000 (186,000 are in the Corps now); get rid of its tanks, leaving that capability to the Army; and specialize in the littoral.

Divestiture of traditional capabilities would result in a potential savings of $12 billion–to be reallocated toward emerging threats posed foremost by China.

“The Marine Corps is at an inflection point, and we must change,” Commandant Gen. David Berger told the Marine Corps Association and Foundation in November.

The redesign of the Marine Corps “is driven by China’s pivot towards the sea, and that primary front which they have opened up has renewed great power competition–and you can add Russia, of course, to that equation, ” Berger said.

Advances by China’s missile forces means that “presumptive sea control is no longer something that the United States can rely on. We will compete for it, ” the commandant said.

Enter what the Marine Corps calls “expeditionary advanced base operations,” or EABO, a concept being pursued to distribute highly mobile Marines across Pacific islands and arm them with advanced missiles that can aid the Navy by sinking ships in contested choke points.

The “inside force ” would operate within range of enemy missiles in places like South China Sea islands under the theory that they would be hard to detect.

“Here’s what this means, ” Berger said. “Our peer adversaries need to perceive a bunch of small, mobile Marine units in their backfield with low signatures, bad attitudes and toolkits full of disruptive capabilities.”

“In a way, it’s a counter to the Chinese putting bases in the South China Sea, ” Schuster said. “We may not have enough ships to cover the ground, but we have enough firepower and a concept to cover that ocean.”

The three-year setup plan for the Hawaii Marine Littoral Regiment foresees the use of the Navy Marine expeditionary ship interdiction system, or NMESIS, with Naval Strike Missiles that have a range greater than 115 miles launched from joint light tactical vehicles, including unmanned vehicles.

The Marine Littoral Regiment “will utilize multiple small but long-range landing craft as its primary method of tactical and theater-wide mobility, ” Benson said.

After the establishment of the new regiment, “it will immediately begin training and experimenting with leased naval craft such as the stern landing vessel and offshore support vessel while a more permanent fleet of similarly capable small landing craft are procured, ” he said.

Trump Vetoes Measure to Restrain his Actions Against Iran

WASHINGTON — President Donald Trump on Wednesday vetoed a resolution that said he must get a nod from Congress before engaging in further military action against Iran. Trump called it “insulting” to the presidency. The […]

Seven retired generals have called on Congress to boost funding for national parks, which they say can serve as spaces for “post-pandemic healing” of veterans under stress. “The connection between military veterans and our nation’s […]