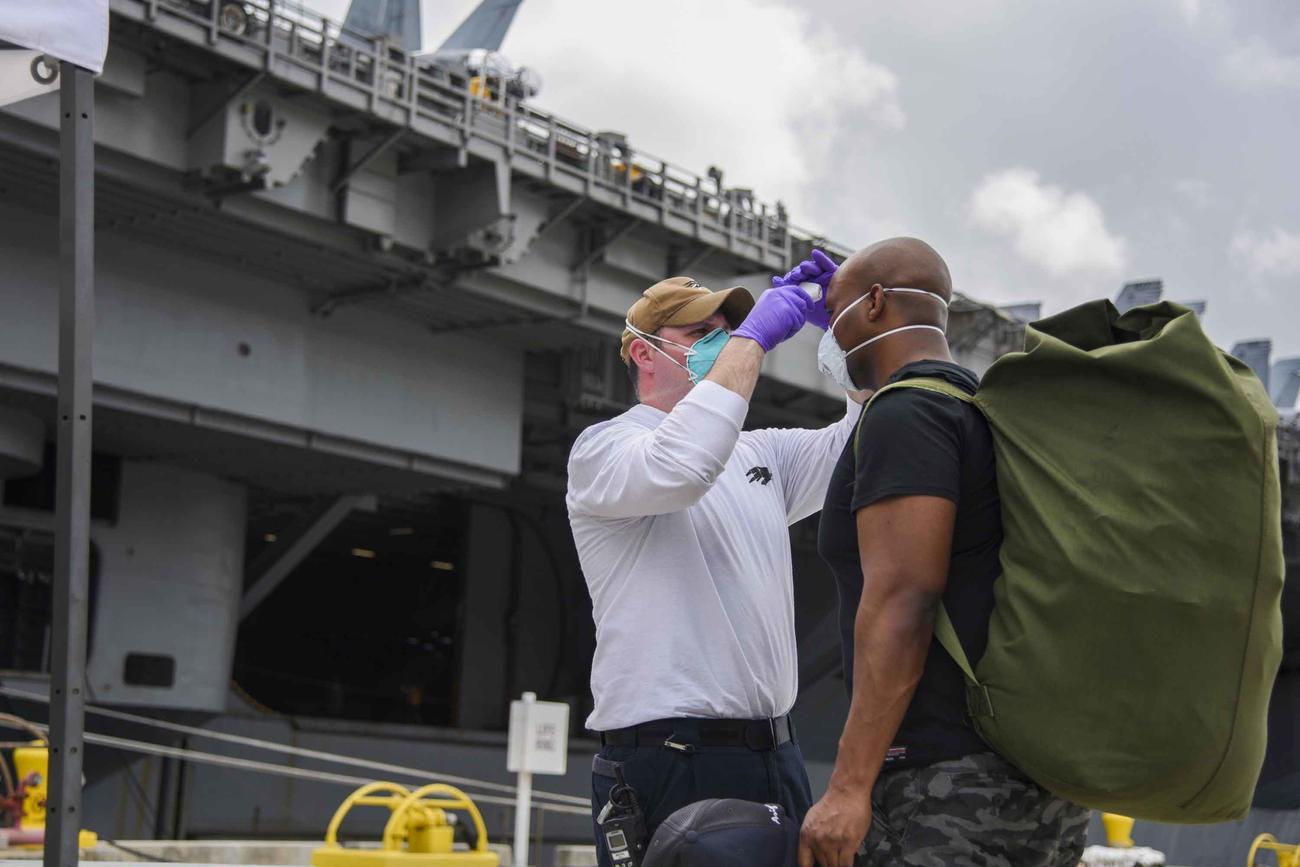 The Pentagon’s Inspector General will conduct an evaluation of the Navy’s command decisions in its response to the novel coronavirus pandemic, including outbreaks aboard the aircraft carrier Theodore Roosevelt and destroyer Kidd that forced both warships into port.

The objective of the evaluation, similar to an audit, is “to determine whether the Navy has implemented policies and procedures to prevent and mitigate the spread of infectious diseases,” such as the coronavirus on ships and submarines, the Defense Department’s Office of Inspector General said in a statement Monday.

In the evaluation, to begin later this month, the IG’s office will also seek to “determine whether mitigation measures that are effective in preventing the spread of COVID-19” were implemented across the fleet, the statement said.

The IG’s focus will be on the policies and actions of the office of Chief of Naval Operations Adm. Michael Gilday, who is self-isolating this week after interacting with a family member who tested positive for COVID-19, and the offices of U.S. Fleet Forces Command and the U.S. Pacific Fleet, according to the statement.

Dwrena Allen, a spokeswoman for the IG’s office, said the evaluation is “not exclusively” aimed at the outbreaks aboard the Roosevelt and Kidd, but both ships will be included. The evaluation will lead to findings and recommendations for the Navy to improve its response to the coronavirus, she added.

Allen would not confirm whether the policies for boarding ships and boats suspected of drug trafficking would be included in the evaluation.

Last week, Defense Secretary Mark Esper said that one of the theories for how the virus got aboard the Arleigh Burke-class ballistic missile destroyer Kidd is that it may have come from an operation targeting drug smugglers.

At a May 5 Pentagon briefing, Esper said the crew of the Kidd “could have picked it up on a counter-drug mission, where they pulled over a vessel possibly carrying drugs, and they board the vessel and may have come in contact with somebody carrying the virus there.”

He stressed it was only a theory.

The Kidd had been operating in the eastern Pacific as part of an inter-agency counter-narcotics task force run by U.S. Southern Command, but returned to home port in San Diego on April 28. The first case aboard the Kidd was reported April 22, about a month after its last port visit in Hawaii.

Last Thursday, the Navy said there would be no more updates on the number of coronavirus cases among the crews of the Kidd and the Roosevelt.

The last report said there were 78 active cases aboard the Kidd and 1,102 from the Roosevelt.

In addition to the IG’s evaluation, Acting Navy Secretary James McPherson has ordered an expanded investigation into how the virus came aboard the Roosevelt and the response of the Navy’s chain of command.

The Navy’s first investigation focused on Capt. Brett Crozier, then the Roosevelt’s commander, and an email he wrote pleading for help managing the virus outbreak as the nuclear carrier arrived in Guam.

Crozier, who himself had been infected, was removed from command but, after the initial inquiry, Gilday recommended his reinstatement. McPherson ordered a deeper look into his firing.

At a May 1 briefing, Pentagon chief spokesman Jonathan Hoffman said the expanded investigation of the outbreak aboard the Roosevelt is “not intended to be an inquiry about one officer and his actions,” but rather will focus on decisions made “up and down the chain of command.”

Read more: After Hitting Record High, Military Heatstroke Cases May Be on the Decline

President Donald Trump on Thursday suggested it may be time to manufacture all parts for the F-35 Joint Strike Fighter in the United States. During an interview with Fox Business Network’s Maria Bartiromo, the president […]

Pentagon’s No. 2 IG Official Resigns After Being Passed Over

WASHINGTON — The No. 2 official in the Pentagon’s office of inspector general, Glenn Fine, resigned Tuesday, several weeks after he was effectively removed as head of a special board to oversee auditing of the […]