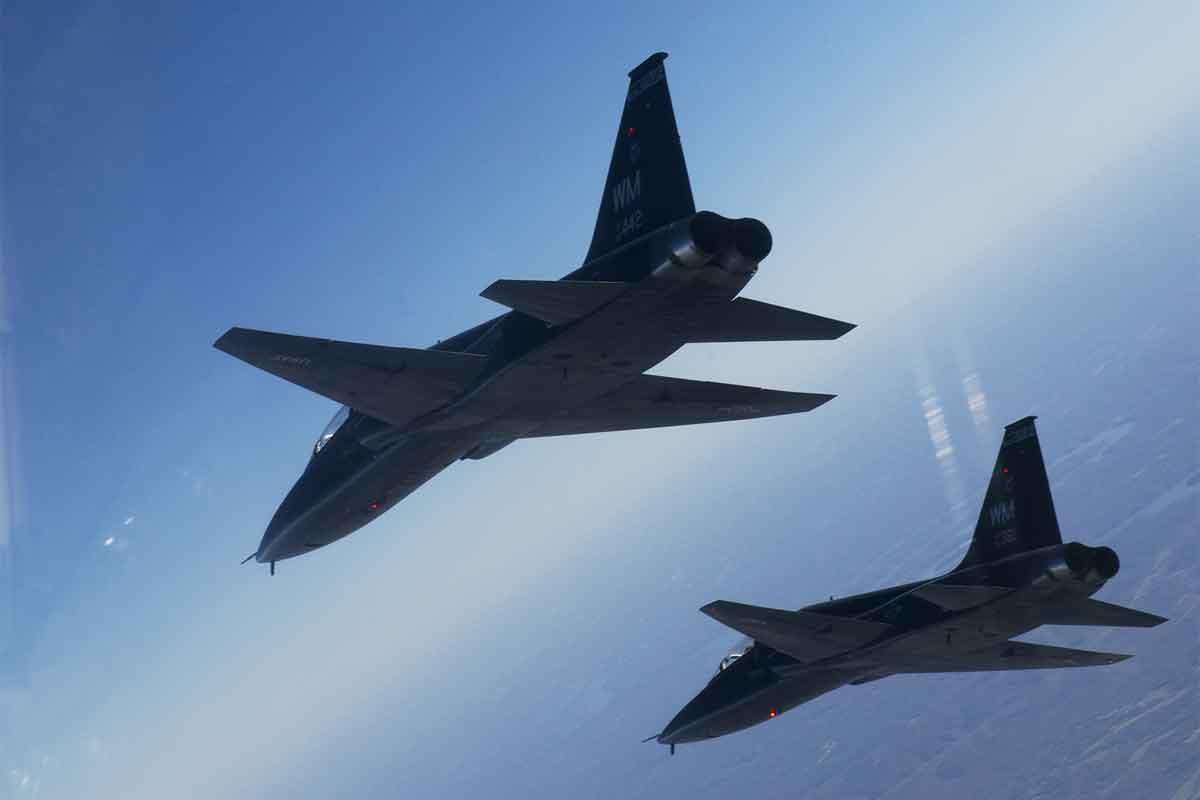 The service directed the suspension of the side-by-side landing for its undergraduate pilot training on March 5, a spokesperson for Air Education and Training Command’s 19th Air Force said in an email.

“We are constantly evaluating our training programs to ensure we provide the best possible pilots for our Air Force,” the spokesperson said Tuesday. “Following an Air-Force wide review, we adjusted our syllabi to reflect the requirements of our fifth generation Air Force and advances in avionics.” Air Force Magazine was first to report the news.

The suspension was directed months after two Air Force T-38 trainer aircraft were involved in an accident at Vance Air Force Base, Oklahoma, on Nov. 21, 2019.

According to an Accident Investigation Board report released earlier this month, Kincade failed to take control of the T-38C aircraft when Wilkie prematurely used a braking maneuver after touching down, causing the jet to collide with another aircraft, roll over and skid to a halt, killing both pilots.

The two men had just completed a training flight with another T-38 instructor-student pilot team; then, both aircraft headed back to base for a formation landing. Kincade and Wilkie flew the left wing position, while the second T-38 flew on the right.

Shortly after 9 a.m. local time, Kincade and Wilkie, flying tail number 65-0395, briefly became airborne again after the initial touchdown. In the front seat, Wilkie “prematurely initiated an aerobrake, causing [mishap aircraft 1] to lift back into the air after landing,” the report states.

In this case, Wilkie’s early use of the aerobraking maneuver caused the T-38 to bounce back up and lose contact with the runway surface, officials said. It was Wilkie’s 56th training sortie.

“At the same time, [Wilkie] applied the right rudder to steer the aircraft away from the left edge of the runway,” the accident report states. “The student’s use of the rudder under these conditions — airborne, configured for landing and at an increased angle of attack — caused the aircraft to roll and yaw to the right and placed it on a collision course with the second T-38.”

As the T-38 lifted off the runway and crossed into the other T-38’s path, it struck the second jet with its right main landing gear, followed by its right wing. The pilots in the second aircraft were not injured in the accident.

“We were first notified on May 11 that T-38 formation landings were halted March 5, almost two full months prior to the Air Force’s May 1 release of the AIB report,” Wilkie’s family told Military.com on Tuesday.

“This decision underscores and substantiates the failure of Air Force leadership to discontinue an archaic and dangerous training requirement, in a tired 58-year-old plane, before it took the life of our son, Travis, and his instructor pilot. We view it as a clear admission of culpability in contributing to the accident,” they said in a statement.

“It was misleading and unjust not to acknowledge formation landing as a contributing cause in their report and subsequent press release. We are relieved that student pilots will no longer be required, nor instructor pilots permitted, to perform an inherently dangerous maneuver with no benefit to their development as combat fighter pilots.”

As of Jan. 14, 2020, the Air Force has experienced a total of 209 T-38 Class A mishaps since record-keeping began in 1961, the 19th Air Force spokesperson said. Class A mishaps, by definition, involve fatalities, severe damage totaling $2 million or more, or a complete loss of the aircraft.

“Associated with those 209 Class A mishaps were 147 fatalities, 85 of which were pilot fatalities,” the spokesperson said Tuesday.

Upon the AIB report’s release, Wilkie’s family told Air Force Magazine that more research into the accident should have been conducted, finding the report “grossly and unjustly incomplete.”

The family added that tandem landings in a 1960s-era trainer are unnecessary.

The formation landing has “no continuing practical benefit to combat pilot proficiency or survivability,” they said, according to the magazine.

“Although it is the instructor’s mandate to keep a student pilot safe, it should not be his or her job to ensure preservation of life during an exceedingly unsafe maneuver in an exceedingly tired old plane in which minor student errors occurring in hundredths of a second cannot be corrected quickly enough by the instructor,” they said. “We don’t think the Air Force is doing right by our Airmen and Airwomen by mandating student pilots land in formation in a plane so old that it doesn’t perform as responsively as needed to prevent loss of life.”

A former T-38 instructor pilot, who asked not to be identified because not authorized to speak on the topic, told Military.com that tandem formation landing in many instances gives pilots more situational dexterity.

“Anything can be dangerous with two aircraft in close proximity,” the former pilot said. “But there’s a reason to do it.”

In an emergency, such as an uncontrolled descent or during inclement weather which can obstruct line of sight, a pilot would look to his wingman in his periphery to gain perception and properly touch down on the flight line.

“You don’t want to land by yourself [for these reasons],” the pilot said. “It’s a very important skill to have….especially before flying a single-seat airplane by yourself.”

It’s a strain, however, to do these basic maneuvers in the T-38.The aircraft performs best at high speeds, and is much more challenging to pilot when working on slow-speed fundamental skills. “It’s not very forgiving at low speed,” the pilot said.

The 19th Air Force emphasized the trainer model is safe to fly following essential upgrades to the aircraft.

As part of the Avionics Upgrade Program, the Air Force began accepting upgraded T-38C models in 2001. The variant received “advanced avionics and has since undergone a programmed service life extension program with updates to the engines, ejection seats, and structural components, called PACER CLASSIC,” the spokesperson said.

“Each aircraft that is put on the flying schedule … is certified as mission capable by professional maintenance teams, and undergoes full nose-to-tail ‘phase’ inspections every 450 flight hours.”

The command has graduated roughly 460 pilots from the T-38C training track every year since 2010.

Thursday marked the 10th anniversary of the first of four Southwest Minnesota Honor Flight excursions with more than 400 of the region’s World War II veterans visiting their memorial in Washington, D.C. For those involved, […]

WASHINGTON — Pfc. Tyrell J. Audain was in the midst of a physical fitness test more than two weeks ago at Marine Corps Air Ground Combat Center Twentynine Palms, Calif., when he collapsed. The Marine, […]