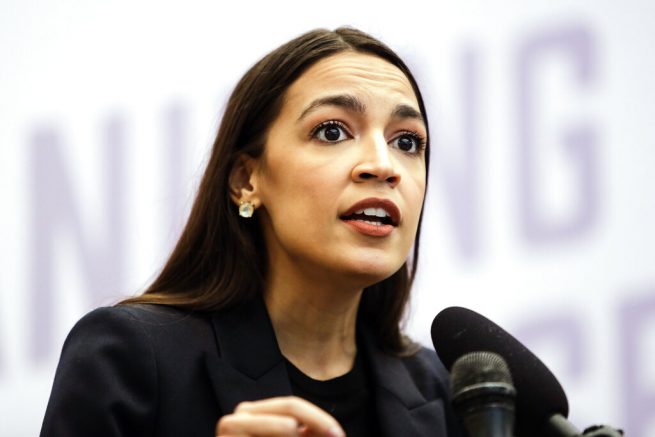 During an interview with NPR Thursday, the progressive lawmaker said people need to acknowledge that this is a “messy moment” and she’s not sure if she believes Reade.

She went on to stress that people are jumping to the political implications of her accusations rather than focusing on the survivor’s story, which we should do instead.

Ocasio-Cortez then said Reade hasn’t explicitly told people they should not vote for Biden. The New York Democrat has said she will vote for Biden for president, however, she has yet to formally endorse him.

Kansas lawmakers on Monday voted to override Gov. Laura Kelly’s veto of a gun bill, lowering the minimum concealed carry age from 21 to 18 years of age. After a short discussion, the House voted […]

The U.S. Capitol is seen in Washington as the House and Senate return to work. (AP Photo/J. Scott Applewhite, File) OAN NewsroomUPDATED 11:30 AM PT – Monday, June 21, 2021 Democrats have continued their push […]