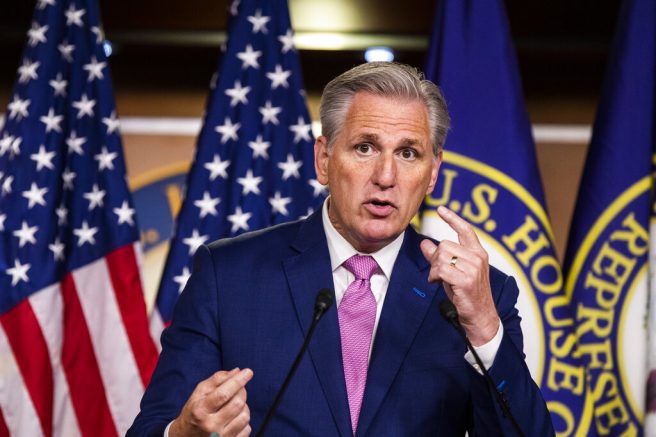 House Republicans are creating a task force to police China’s “geopolitical influence” under the direction of Minority Leader Kevin McCarthy. He announced the creation of the committee during his weekly press briefing Thursday and tapped Texas Rep. Michael McCaul to lead it.

The group’s purpose is to scrutinize China’s influence in the U.S., its efforts to take over international businesses and its reported role in the initial outbreak of the novel coronavirus.

“They will be looking at a wide range of China issues, including influence operations targeting the U.S.,” he stated. “…including our universities, think tanks and media outlets, economic threats to our government and our allies, efforts to gain the technological advantage, and role in the origin and spread of COVID-19.”

.@GOPLeader announces Republican-led China Task Force: “They will be looking at a wide range of China related issues…”

House Democrats were initially expected to be part of the committee, but reportedly abandoned the project back in February. McMarthy said they are still welcome to join if they wish.

Entrepreneur and business coach Lewis Howes explains how painful moments in life teach us valuable lessons Lewis Howes had a major breakdown about 13 years ago. He had just begun his career as a professional […]

FILE – Turkish Defense Minister Hulusi Akar arrives for a meeting of the North Atlantic Council with Georgia and Ukraine at NATO headquarters in Brussels, Thursday, Feb. 17, 2022. Turkey has launched a new ground […]

Seat on space flight with Jeff Bezos sells for $28M