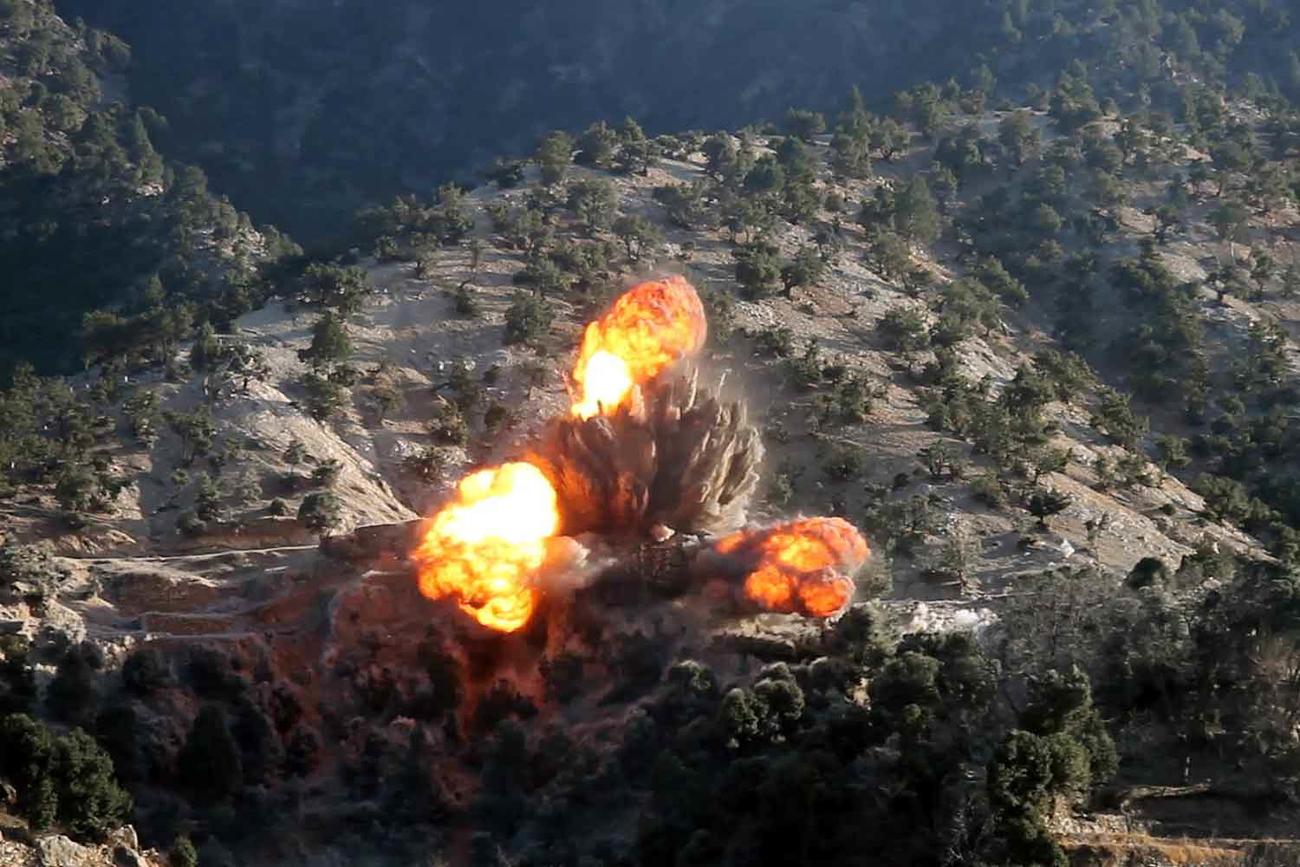 U.S. Air Forces Central Command has stopped publicizing monthly reports on the number of airstrikes and bombs dropped over Afghanistan due to ongoing deliberations between the U.S. and the Taliban.

A spokesperson for the command confirmed the change Tuesday; AFCENT has failed to provide consistent updates — known as “airpower summaries” — since February. The news was first reported by CNN.

“Due to a multiplicity of diplomatic relational concerns, including how the report could adversely impact ongoing discussions with the Taliban regarding Afghanistan peace talks, we are not, at present, publishing a monthly Airpower Summary report,” the spokesperson said.

The summaries also involve bomb tallies and sorties for ongoing operations in Iraq and Syria for Operation Inherent Resolve. When asked whether those would be published separately, the spokesperson did not have further comment.

The U.S. military conducted record-setting airstrikes in Afghanistan last year, surpassing the previous year’s total — with 7,423 bombs dropped — and making 2019 the most kinetic year for airstrikes against extremist targets in the country in at least a decade.

By comparison, aircraft dropped 7,362 munitions in 2018 — more than the three preceding years combined.

President Donald Trump in 2017 announced that the U.S. would begin sending more troops to Afghanistan — where the United States has been fighting its longest war — to step up the fight against the Taliban and ISIS-K, the Afghan offshoot of the Islamic State of Iraq and Syria.

The administration increased the force strength in the region by 3,500 troops in 2017 and 2018 in an effort to boost the advise-and-assist mission with the Afghan military, according to The Associated Press.

The move included the Air Force shifting assets back into the Afghan theater, such as additional F-16 Fighting Falcons and aerial refueling tankers.

Early in his presidency, Trump made clear his preference to give more leeway to generals, allowing them to take an aggressive approach toward stamping out extremist threats. Such was the case with the highly publicized drop of the 21,600-pound GBU-43 Massive Ordnance Air Blast (MOAB) — nicknamed the “mother of all bombs” — against ISIS-K in the Achin district of eastern Nangarhar province in April 2017.

Despite an increasing operations tempo from U.S. and coalition aircraft between 2017 and 2019, the president then indicated he was open to downsizing in the region to bring more American personnel home from the conflict.

In his State of the Union address in February 2019, Trump highlighted the need to pull out of Afghanistan entirely.

“Great nations do not fight endless wars,” he said during the speech.

Subsequently, the Taliban and U.S. officials met several times last year in an effort to negotiate a potential peace deal and troop withdrawal; one such meeting followed the president’s trip to the region on Thanksgiving Day.

The peace process has had its setbacks. Just this week, Defense Secretary Mark Esper confirmed the deliberations are “behind schedule,” and the Pentagon does not believe the Taliban has made a good-faith effort to reduce violence across the country.

There “has not been a reduction in violence from the Taliban side,” he said during a Brookings Institution event Monday. Recent attacks have singled out Afghan forces, not U.S. troops.

“We continue to talk to both sides about what they need to do to fully implement the agreement,” Esper said.

Disabled American Veterans is facing a difficult decision on whether to go ahead with its centennial national convention in Texas this August, or join other veterans service organizations that have canceled conventions due to the […]

This article by James Clarke originally appeared on Task & Purpose, a digital news and culture publication dedicated to military and veterans issues.  Nine years ago Will Chesney got an unexpected call: He was to grab his […]

Army Bases Prepare for New Ban on Under-21 Tobacco Sales

By late summer, it will be illegal for soldiers under 21 years of age to buy tobacco products at on-post stores, but there are no plans to enforce a smoking ban for underage troops, according […]